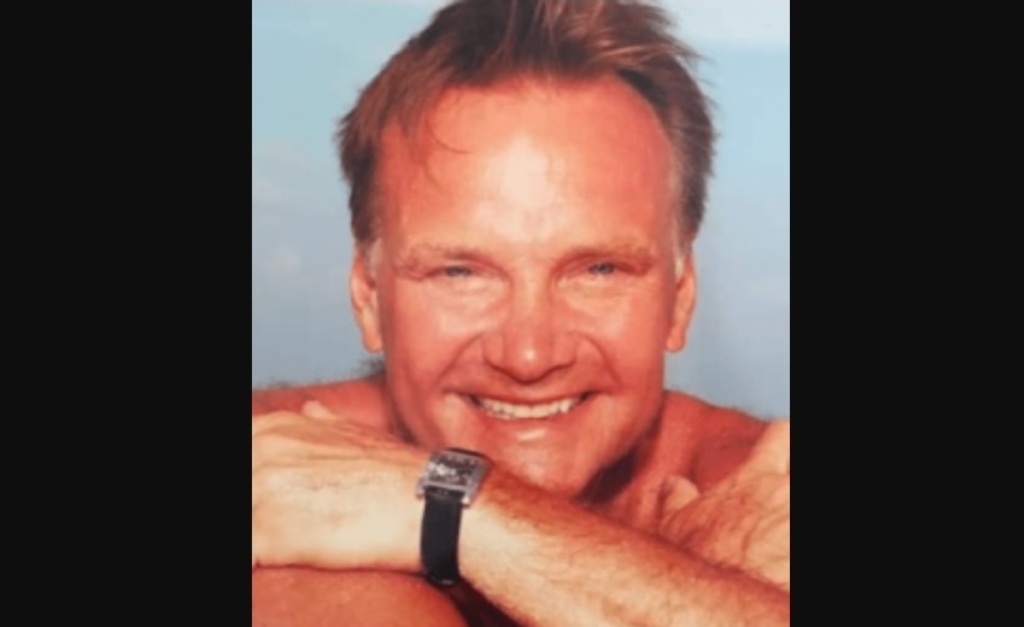 By The COVID Blog 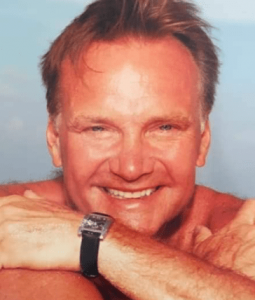 A 64-year-old man is dead, and his daughter is making sure the world knows how and why it happened.

Mr. Bruce David Ward received the first dose of experimental Moderna mRNA on or around May 22, according to his daughter, Brenna Ward. He suffered no immediate adverse effects. Mr. Ward enjoyed the Father’s Day weekend with his wife. He started doing DIY home renovations that following Monday, June 21. Suddenly, he started screaming in pain.

An ambulance took him to the University of Alberta Hospital. Mr. Ward was given pain medication as he waited hours to be seen. Doctors finally got Mr. Ward in for an ultrasound early the next morning. He passed away during the procedure, Tuesday morning, June 22. Brenna said her father had a “tear in his aortic valve.” 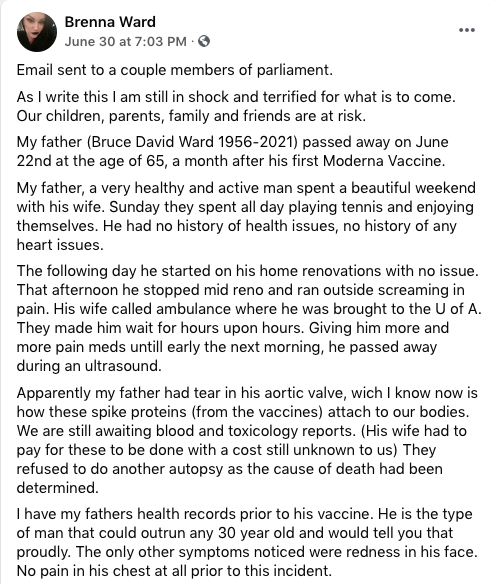 It appears Mr. Ward suffered from an aortic aneurysm and/or aortic dissection. The previous is typically a precursor to the latter, according to the Mayo Clinic.

We know for certain that the Moderna and Pfizer mRNA injections cause blood clots and, in many cases, death. There’s also the controversial spike protein study by University of San Diego and Salk Institute researchers.

The study concluded that “natural” SARS-CoV-2 spike proteins damage blood vessels, but the vaccinate-induced “full length” spikes do not damage blood vessels. But that study assumes that the injections stays in the muscle site. We know how that’s not the case. The study was also first published in December 2020, long before millions of real-life examples presented themselves. Further, Fauci’s emails revealed that the “natural” SARS-CoV-2 virus may have been the product of gain-of-function research (laboratory-created) and are not natural at all.

Brenna isn’t allowing her father to die in vain. She drew a line in the sand on June 27 telling her friends and acquaintances to discontinue communication if they support the COVID agenda. Brenna also admitted that it took her father’s death for her to open her eyes to what is happening. 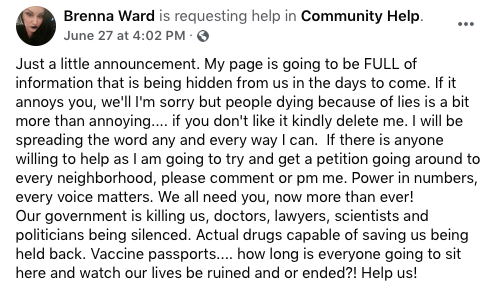 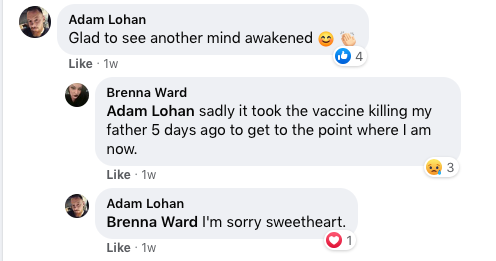 Brenna understands her father is not coming back. But she deserves praise for accepting truth and living by it, even though it took an absolute tragedy.

Kriss
We don’t even know what to say anymore except condolences and don’t take the C19 shots. Yet people still do, even as late as this victim, near Father’s Day. And such a healthy man, too.
Shame on the hospital and all power to the daughter to fight the good fight.

Lois Gerard
These shots should be stopped and the lies on fake news that keeps pumping fear and phony covid death stats should be banned and censored like the truth about adverse side effects and deaths from the jabs have been censored from Facebook, utube etc. Also the blatant lies on TV about all the studies done for safety of the shots and how it benefits you and is 90% effective for protection from or from spreading the deadly covid virus that is 99% survivable. Also all the incentives like lotteries if you take the shot, or free beer or free tickets to games or for kids free ice cream and general “freedom” to travel, go here go there. Its all fake and discusting manipulation. And should be stopped.

Paul
This is a hard one, because anyone can pop an aneurysm anywhere, anytime and symptoms can be vague right up until it happens, so the only way I can see to know with certainty that this isn’t an actual coincidence is to have access to pre-vaccine radiology, and post (maybe autopsy to try to locate where the tear in the aorta may have occurred). There are a lot of variables which make this one harder to pin on the injection without an objective examination, which we know we will never see results of, even if there is an autopsy.

Chris C.
The toxic chemicals in these suicide jabs attack and destroy your Mitochondria in the blood cells. Learn ways to protect your Mitochondria as well as how to block the spike proteins floating around in your body. Doing so may save your life or loved ones, friends etc.

SpecOps
Aortic dissection is just the latest in other insane effects that have been featured here. Effects like someone who was injected having half his colon removed, and on this blog someone with 6 feet of small intestine removed.
This series of death injections from various manufacturers is really making a name for itself for making the manner of deaths almost as bad as the Ebola virus.

James Occonor
In the five eye countries politicians have been instructed to lie or follow orders as they are told. They do not see themselves as lying but as promoting the coming of the NWO. We cannot see these people as normal human beings. They are in the majority of high level officials. These people have shown their true colours and they are not red or blue – they are black. 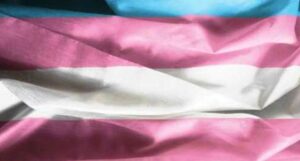 Trans Teen to Choose: Father Overruled in a Landmark Case 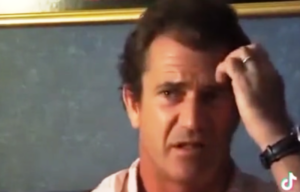 Back Then We Thought he Was Crazy and Didn’t Understand What he Was Talking About, Now We All Do