It’s Time To Denounce the False Prophets, No Matter What Religion or Idealogy – Anyone Pushing the BS 19 Fraud Is a Cov Fraudster Regardless of Faith 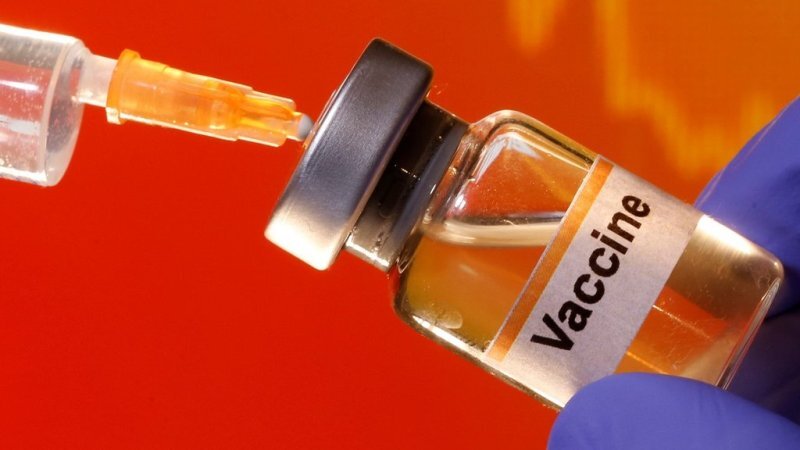 It’s Time To Denounce the False Prophets, No Matter What Religion or Idealogy – Anyone Pushing the BS 19 Fraud Is a Cov Fraudster Regardless of Faith

So, continuing on from trying to make sense of why Iskcon “swamis” are promoting ‘vakseens’ like they are celebrity endorsers, and why their source of information and influence is the World Economic Forum, it has come to light that a big industrialist in India, who made his billions from Pharmaceuticals is sitting on the board of the GBC College.

“Born in 1955, Ajay Piramal is one of India’s leading industrialists, philanthropists and social entrepreneurs. He heads one of India’s largest business groups, with activities in healthcare, real estate, financial services, information services, and glass packaging. The Piramal Group has operations in the UK, US, Germany, Sri Lanka, Japan, Hong Kong and India and their products and services are sold in over a hundred countries.

In the social sector he has established the Piramal Foundation which has created breakthrough initiatives like ‘Sarvajal’ (Piramal Water), Pratham, Piramal Swasthya, Piramal Udgam and Piramal Foundation for Education Leadership. All these initiatives have made a positive difference to millions of people in healthcare services, rural education, portable water, livelihood creation & youth empowerment.

Mr Piramal has won several global awards in recognition of his philanthropic work, including the Forbes Philanthropy Award in the Outstanding Philanthropist category in 2013 and 2014. He was selected as a Global Leader of Tomorrow by the World Economic Forum before he was forty and was awarded ‘Entrepreneur of the Year’, UK (2006) as well as ‘CEO of the Year Award’ by the World Strategy Forum.

He has been associating with ISKCON for many years and has been on various conferences and programs with Radhanath Maharaja. His Piramal Foundation is a constant source of support for ISKCON Food Relief Foundation, Annamrita.”

Here is a quote from him in a Forbes magazine article on his push for vaccines in India:
“We have also talked to faith leaders. In each district, we want one faith leader to convince people that vaccination is the way forward. Once you educate and inform people well, they are willing to go ahead with the vaccination and they also spread the word in the community.”

Links are in the Comments. Join the dots folks. Note how they say “healthcare”. By healthcare they mean pharmaceuticals.

How have the Rockefellers, Rothschilds and other rakshashas developed their influence over the past 100+ years? By donating funds and getting their people on the boards of all organisations of influence.

They become one of them in appearance and influence from within. And conditioned souls who have falsely accepted positions they are not qualified for are easy to influence because they are only in their positions because of their desire for fame, wealth etc.. It is all pratistha!

Guru-Shakti Dasa
“In 1988, Piramal bought Nicholas Laboratories, an Australian multinational corporation. The company is now ranked fifth among pharma companies in India, having made a string of overseas acquisitions like the Indian subsidiaries of Roche, Boehringer Mannheim, Rhone Poulenc, ICI and Hoechst Research Centre.”

Narayan Higgins
Wow go figure! I have no faith in the faithless

Gaura Das
A couple of months back one holistic health conscious SWAMI stated that there was a Devotee who had received a $1 billion contract to help make the jabs. It was not stated who this person was. It sounds like you found out. It was also stated there that there are many disciples who work for big Pharma either as allopathic doctors or researchers and they give a lot of donations to the SWAMI‘s. So imagine if the SWAMI‘s spoke out strongly like the Christians are saying that this job is demoniac and you should have nothing to do with it? They would lose millions of dollars in donations, it seems? Follow the money.

Narasingha Das
As you say Guru-Shakti Dasa , the rakshasas establish their influence by donations etc.
If we look at the history of modern big pharma, it began with the Rockefellers. One if their clan saw that if they could market their oil in small quantities to masses of people, they could sell it for 100’s of times more profit than their per barrel price.
So they began to sell Nujol, unrefined petrol/gasoline, as a cure-all for everything from constipation to cancer. Talk about snake-oil!
Some doctors began to complain that it was not curing all these conditions, and in fact causing some problems of its own. So they refined the oil, repackaged it, and shortened the list of the ailments it ‘cured.’
And in this way the modern petrol-based pharmaceutical industry was established.
Then their diabolic politicking got underway … they started giving large grants to the new wave of medical schools, in exchange for a small consideration: that their own people and ‘doctors’ would get to approve and in fact shape the curriculum that the medical students would follow. And in this way, the Rockefellers were able to establish the basic standard of medical training whereby the students are taught:
* Such-and-such symptoms denote such-and-such disease
* such-and-such disease is treated by such-and-such pharmaceutical ‘medicine.’
So much of the training medical students receive – and at the same time to pay so very much for … to another rakshasa business, the college racket … where you pay for the privilege to be trained to work for these demonic industries – is to be trained up as glorified pharmaceutical drug-pushers!
Meanwhile they spend a total of between 10 and 24 hours in nutrition instruction during their 6 years of study!?! And even that is filled with ignorance surrounding meat, sugar, fish, eggs etc!!!
OK – then aside from their total subversion of the medical training system, the Rockefellers also expressed their ‘philanthropic largesse’ by funding the FDA, in exchange for their overseeing it too with their own men and ‘doctors.’
Of course, the devotees are encouraged to be proud that their leaders are preaching so strongly and effectively that they are attracting such important people as Ajay Piramal!
Just as an aside, it is worth noting that Srila Bhaktisiddhanta Saraswati explained jiva-himsa not in terms of violence to the physical body … But when one who knows the actual truth that can help everyone refrains from speaking such in order to gain the approval of materialists, or to have materialists, atheists, mayavadis etc feel comfortable in their positions and beliefs.

Penny Parker
you did really well researching this connection . Money is the only honey with these godbrothers

LalitKishore Dasa Lauren Sinclair
Yep, and it will be the zionist Jews, the freemasons and worldwide communists and satanists. Just find out which one he is. No surprises with these turkeys

LalitKishore Dasa Lauren Sinclair
Wow this is a pretty amazing quote from this guy, and sounds like what he’s doing in iskcon too, I wonder if he’s also influencing other sangas too:
“We have also talked to faith leaders. In each district, we want one faith leader to convince people that vaccination is the way forward. Once you educate and inform people well, they are willing to go ahead with the vaccination and they also spread the word in the community. ”

Silvija Siddha Yogini
I think that isckon is spiritual institution and I have my own health authority so according what maharaja says about vac…he is not authority for that so it comes in one ear and comes out in other ear….

Devarsirat Das
I can just imagine what Srila Prabhupada would say to these so called influencers. He would show them where the door is in no uncertain terms…. He would not be weak.
BG Chapter 18.42
Peacefulness, self-control, austerity, purity, tolerance, honesty, wisdom, knowledge, and religiousness-these are the qualities by which the brāhmaṇas work.
If one shows the opposite symptoms of being weak and selling out the devotees he should be accepted accordingly. I can never imagine Srila Prabhupada or Srila Narayana Maharaja, or any of the Great devotees of Krishna echoing the dictates of other peoples agendas. 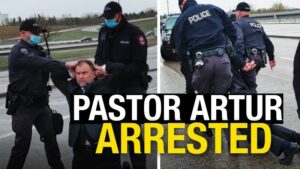 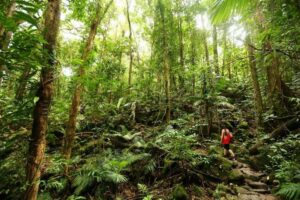