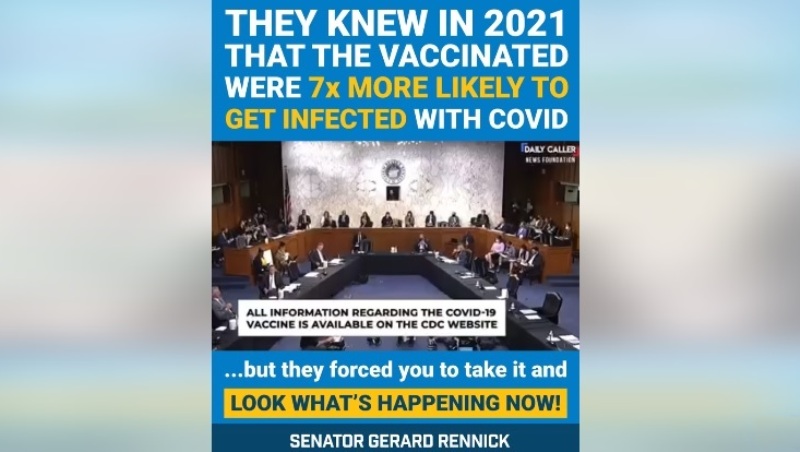 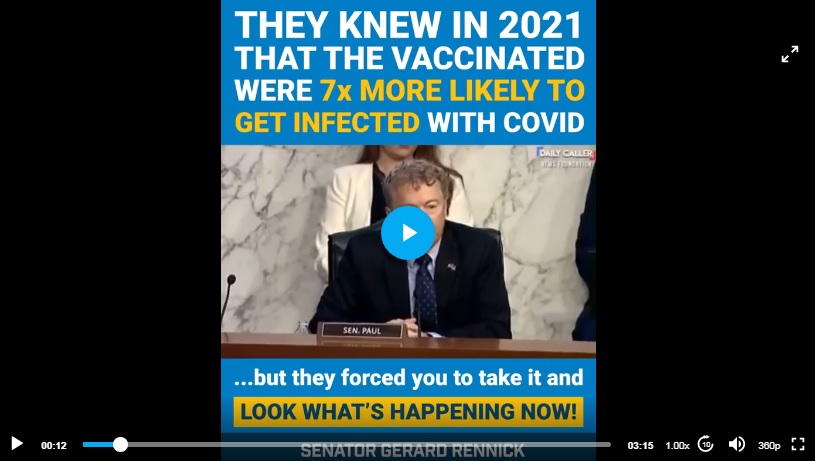 Many Australians are starting to ask why they were coerced into being Covid-vaccinated as they watch Covid cases and hospitalisations rise.
Unfortunately, our health bureaucrats and so-called experts failed to ‘trust the science’ and data that was coming out of other countries such as Israel, who led the vaccine campaign prior to Australia.
In fact, a study from the Israeli Health Ministry of approximately 2.5 million patients discovered that Israelis who were vaccinated were 6.72 times more likely to get infected after the vaccine than after a natural infection.
This data became available around August 2021 yet in Australia the State Premiers and health bureaucrats pushed forward with mandates, threatening people’s livelihoods unless they took part in the “largest clinical trial, the largest global vaccination trial ever,” to quote former Federal Health Minister Greg Hunt.
U.S. Congressman Senator Rand Paul (in this video) grilled the U.S. Human and Health Services Secretary Xavier Becerra about these findings on the 30th September 2021 – this was widely publicised and our Australian health bureaucrats appeared to ignore it!
Knowing that there was ample data to suggest that enforcing vaccines would not stop transmissions and in fact cause people to get re-infected at a greater rate, plus subjecting many healthy people to debilitating adverse vaccine reactions and even death, is unforgivable.
All employers and governments must stop vaccine mandates now and stop this game of Russian Roulette!
As for the “fact checkers” that tried to misconstrue and hide this data, haven’t they been publicly proven FALSE!
https://www.israelnationalnews.com/news/309762

Kaz Skinner
Emailed this to our PM Albosleazy. Along with my opinion on him being a useless eater like us! Reminding him that he’s just a pawn in their genocidal game! Asking him to do the right thing by us Australians like his mother would have taught him, to be fair! Make her proud! Asking him if he wants to be the most re-elected PM in the history of Australian politics. Asking him to stop the lies and propaganda and evil sinister cult members running this country into the ground snuffing us out with glee. Cops will probably show up here soon. But I’ve done nothing wrong lol. Tryna keep it on the praise side and positive to avoid the brutal cops showing up here can only try! If this dude found it in his heart to stand up and be awesome and do the right thing by us he could be our best PM since the 60s lol I think lol I have no idea of who did what before Whitlam got in and screwed us over. From there on it was all down hill sadly!

Naomi Kemp
Some very inconvenient facts. These people have blood on their hands.

Cris Male
I love this guy! He reminds me of….. Senator Gerard Rennick! Honest, factual, to the point and a person with integrity who cares about the people he represents!

Anna Costa
Yes. It is just criminal. They also knew people would die from this!!! (700 million worldwide would die from the “vaxxine” according to Dr David Martin).!!!!! Health workers and people who looked after the aged would be prevalent in that number!!! And guess who are still mandated for the “vaxxines”???

Jennifer Bush
Great to read this post. It is indeed indisputable that far more harm than good has been done. Australians should be extremely angry.

Jason Hart
Sen Paul has been relentless on his pursuit of that charlatan fauci… he’s been on the money from day one … don’t worry not long now until the walls crumble and all those involved are disposed off and held to account.

Lucy Lockyer
Look at Cafe Locked Out s video tonight, it is gut wrenching stuff. What Sally is going through is human torture at its worst!!

MEDIA MONOPOLIES: “Sorelle Amore Finance — Vanguard and BlackRock are the Top Two Owners of Time Warner, Comcast, Disney, and News Corp, Four of the Six Media Companies that Control More Than 90% of the U.S. Media Landscape” 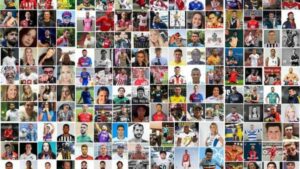