FLOSSMOOR, ILLINOIS — A 75-year-old business man is dead in yet another example that these alleged “vaccines” do nothing to mitigate COVID-19.

Mr. Alan Sporn received the first dose of experimental Pfizer mRNA in early January, according to NBC 5 Chicago. He received the second shot in the first week of February. Mr. Sporn began experiencing severe headaches and a perpetual fever beginning the second week of March.

He checked into an emergency room for treatment on March 19. Doctors diagnosed him with COVID-19, five weeks after the “vaccine.” Mr. Sporn was admitted to Glenbrook Hospital on March 22 when his condition worsened. Glenbrook doctors found that his body had built up little to no resistance to the novel coronavirus despite receiving two experimental mRNA shots.

Faith in the shots

Mr. Sporn was diagnosed with chronic lymphocytic leukemia in 2019 and had been taking extra precautions during these COVID times. He went out to dinner with friends he hadn’t seen “in ages” right before his COVID-19 diagnosis. Mr. Sporn rarely left the house during the so-called pandemic. But Laurie Sporn, Alan’s daughter, told the Chicago Tribune that her father felt safe after getting the shots.

Mr. Sporn died at the hospital on March 29. Laurie said the biggest shock to her was the lack of antibodies in her father. “We never thought of the possibility the vaccine wouldn’t work,” she said. The University of Pittsburgh Medical Center offered perhaps the most ominous, evil response on this situation. It concluded that people with suppressed immune systems should still get the experimental shots, wear masks and hope for the best.

Alan Sporn was the owner and president of Spornette International. The family business, founded by his father Walter Sporn, specializes in hair brushes and other beauty products. He lost his wife of 48 years, Barbara Sporn, in 2018. In lieu of flowers and donations, the family asks that you simply do something nice for someone else or reach out to an old friend you’ve not spoken to in a long time

Laurie Sporn had this final message for those considering experimental mRNA and viral vector shots:

The positive of this is other people are aware and can’t assume they are safe. Truly, if anything comes out of this it is awareness. 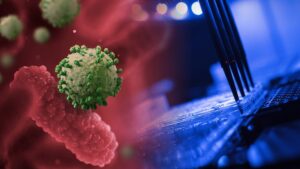 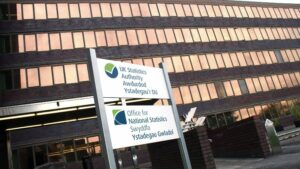 UK ONS Admits Their Data is Flawed; The Vaccines May Not be Beneficial After All. Sorry About That