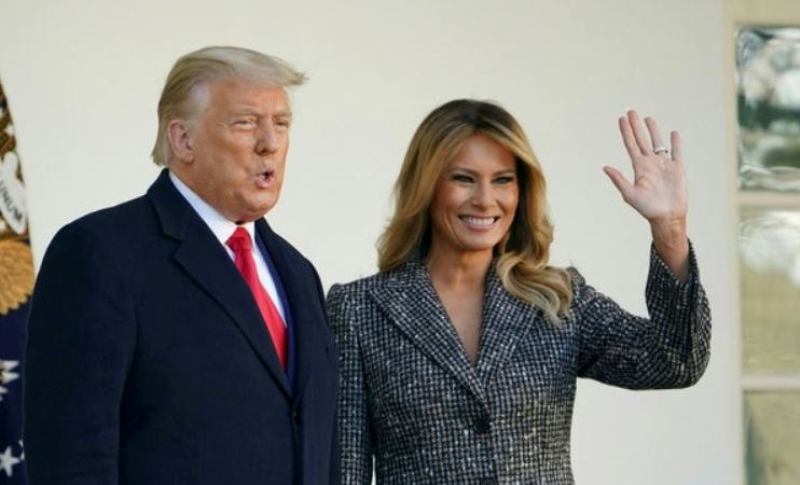 Melania Trump has become the latest celebrity to try to cash in on the craze for non-fungible tokens.

The former first lady’s first NFT, called Melania’s Vision, will include watercolor art that “embodies Mrs. Trump’s cobalt blue eyes, providing the collector with an amulet to inspire,” according to an emailed statement. It will be available from Dec. 16 to Dec. 31 for one SOL, a cryptocurrency that runs on the Solana blockchain, currently priced at $187.

Trump is venturing into the world of NFTs as the digital collectibles increasingly move into the mainstream, with stars like Justin Bieber and K-pop group BTS also entering the market. Others such as Lindsay Lohan have been in on the action for months. The tokens, which combine the world of cryptocurrencies and blockchain with the realm of creative pursuits, are fodder for both retail traders and professional investors anticipating a metaverse where NFTs play a crucial role.

While some series of NFTs like CryptoPunks and the Bored Ape Yacht Club are selling for thousands or even millions of dollars, other tokens command much lower sums, and their prices are notoriously volatile. And the complexities of the real world are already bleeding into the digital realm. 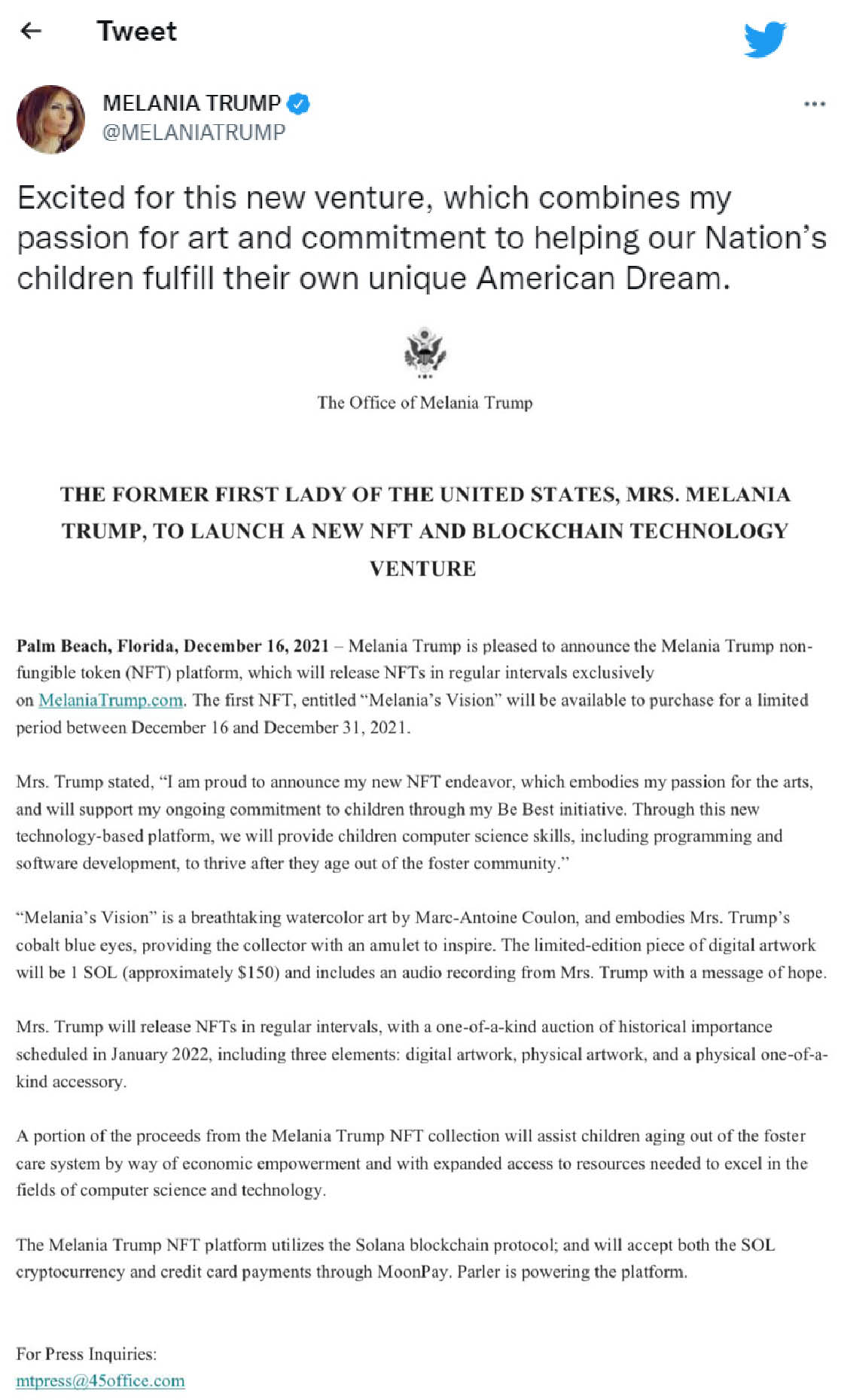 Sales from Trump’s collection will benefit her Be Best initiative, according to the statement. She will help foster children acquire “computer science skills, including programming and software development, to thrive after they age out of the foster community.”

The NFTs will also include “an audio recording from Mrs. Trump with a message of hope,” and will be powered by the Solana blockchain network, according to the Trump statement, which added that they can be bought with credit card payments through MoonPay. But the crypto startup said in an email that it’s “not possible to make credit card payments through MoonPay to purchase Melania Trump’s NFT collection.” Trump’s office didn’t respond to a request for comment.

This is just the beginning for Trump’s NFT venture: she plans to release new tokens at regular intervals beginning in January 2022, according to the statement.

Our World Coin, a force for good and a peaceful revolution, is built to save humanity from the Globalists deadly Great Reset Totalitarian Agenda.

Bitcoin 2.0 is a new cryptocurrency that is looking to innovate the Global Payment System. It is backed by real value in independent media news sites & networks.

Truth Coin, a platform that’s free from Globalists’ control, and will not support the Great Reset Agenda or the vaccine digital passport. This enables everyone to support and benefit from building a better world, by the people for the people, a force for good. 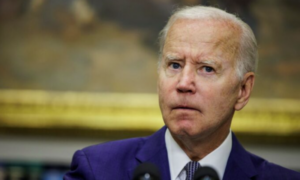 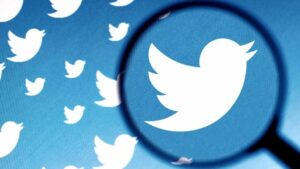