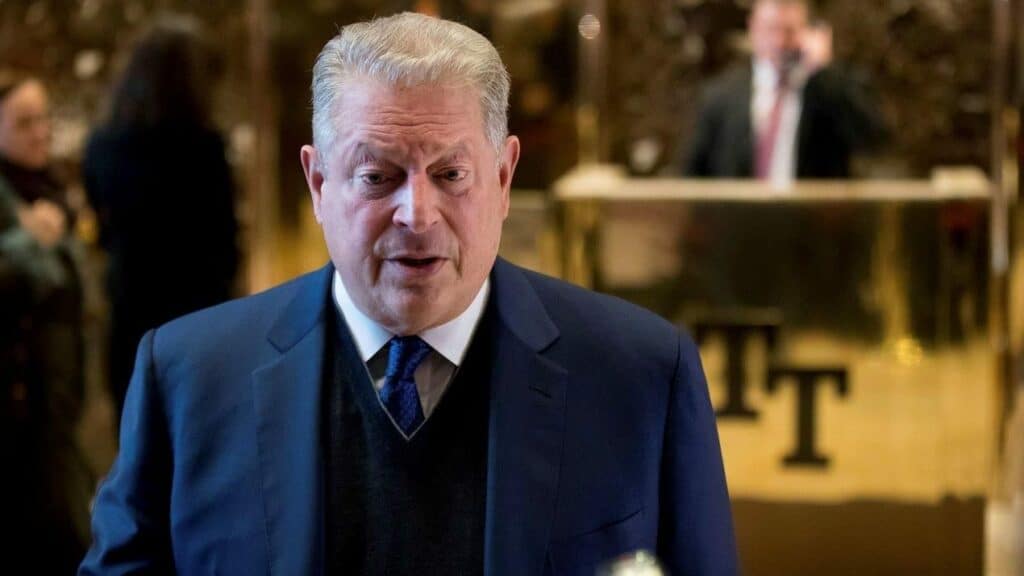 The economic, social and political chaos caused by the COVID-19 outbreak and Black Lives Matter protests have for months captured the attention of virtually every American — and for good reason. These are incredibly important issues worthy of significant and thoughtful debate.

But while most Americans have been preoccupied with protests and pandemics, a potentially bigger story has managed to slip beneath the radar: a growing movement among the world’s most powerful leaders to call for a “reset” of the entire global economy.

US ECONOMIC RECOVERY FROM CORONAVIRUS PANDEMIC WILL TAKE ‘SOME TIME,’ FED’S EVANS SAYS

At a meeting hosted by the highly influential World Economic Forum earlier in June, powerful officials from nonprofits, government, business, academia, labor unions and activist groups announced their plan for a “Great Reset” of global capitalism. It’s a proposal they acknowledged has only been made possible because of the “opportunity” provided by the economic destruction caused by the novel coronavirus.

Supporters and attendees of the meeting included Prince Charles; António Guterres, the secretary-general of the United Nations; Ajay Banga, CEO of MasterCard; Bernard Looney, CEO of BP; and Gina Gopinath, the chief economist at the International Monetary Fund, among many others.

The purpose of the Great Reset isn’t merely to enact policies that would lead to additional wealth redistribution, but rather to completely overhaul the world’s existing structures and institutions

In an article published on the World Economic Forum’s website, Klaus Schwab, the founder and executive chairman of WEF, wrote of the Great Reset, “Every country, from the United States to China, must participate, and every industry, from oil and gas to tech, must be transformed. In short, we need a ‘Great Reset’ of capitalism.”

VIRUS PANDEMIC POSES ANOTHER CHALLENGE TO US ECONOMY: A COIN SHORTAGE

The WEF meeting featured a powerful line-up of global leaders, all of whom seemingly agreed the Great Reset is necessary to “rebalance economies,” promote “fairness,” and create greater “equity” within societies and among nations.

The purpose of the Great Reset isn’t merely to enact policies that would lead to additional wealth redistribution, but rather to completely overhaul the world’s existing structures and institutions. Among other things, Schwab has said of the Great Reset, “the world must act jointly and swiftly to revamp all aspects of our societies and economies, from education to social contracts and working conditions.”

How, exactly, are these leaders planning on convincing Americans and citizens of every other industrialized nation to abandon modern capitalism? By scaring people into believing that these changes are essential for stopping the next great “crisis” the world will face when the COVID-19 pandemic finally subsides: climate change.

At the World Economic Forum’s June meeting, one speaker after another cited climate change and environmental sustainability as the key justifications for radical economic changes that would include massive new regulations and restrictions on economic activity, wealth taxes and expansive government programs comparable to the Green New Deal.

For example, Sharan Burrow, the general secretary of the International Trade Union Confederation (ITUC), said, “We want an end to the profit-at-all-costs mentality, because if we don’t build an economic future within a sustainable framework in which we are respectful of our planetary boundaries, and the need to change our energy and technology systems, then we will not have a living planet for human beings.”

“The Great Reset is a welcome recognition that this human tragedy must be a wake-up call,” said U.N. Secretary-General Guterres. “We must build more equal, inclusive and sustainable economies and societies that are more resilient in the face of pandemics, climate change and the many other global changes we face.”

And if that weren’t enough, Al Gore, the king of climate alarmism, recently touted the “Great Reset” during an interview on NBC’s “Today” television show.

“So, I think this is a time for a ‘Great Reset,’” Gore said. “We’ve got to fix a lot of these problems that have been allowed to fester for way too long. And the climate crisis is an opportunity to create tens of millions of new jobs, clean up the air, and reduce the death rate from pandemics, by the way, because the air pollution from burning fossil fuels heightens the death rates from coronavirus. So, this is a time for a reset to fix a bunch of challenges, first among them the climate crisis.”

If these quotes don’t terrify you, they should. Here we have some of the world’s most influential people calling for the destruction of global capitalism, all while American cities burn, statues of founding fathers are torn down and the world economy struggles to recover from its worst collapse in a century.

Revolutionary changes are always more likely to occur in the midst of chaos.

Further, the historically loose monetary policies of the largest central banks have made it easier than ever for governments to control economic activity through the printing and distribution of money, an economic strategy called Modern Monetary Theory.

Modern Monetary supporters often won’t admit it, but their theory is effectively a form of socialism. Although it doesn’t require any collective property ownership, it does put the government in charge of the vast majority of the economy through a wide array of government programs, taxes and regulations, which means the collective manages most property, directly or indirectly.

This is precisely why the self-described socialist Bernie Sanders, the senator from Vermont, made Stephanie Kelton, America’s most prominent Modern Monetary Theory academic, his senior economic advisor for both his 2016 and 2020 presidential campaigns.

We’re still in the earliest phase of the Great Reset. The full plan won’t be rolled out until January 2021, when the World Economic Forum will host its annual meeting in Davos. But the framework of the plan is clear: By combining many of the money-printing strategies endorsed by Modern Monetary Theory economists with global Green New Deal-like policies and corporate cronyism, the elites at the World Economic Forum can effectively control economic activity on a scale that has never been achieved.

These are truly dangerous times for those who support individual liberty and free markets. 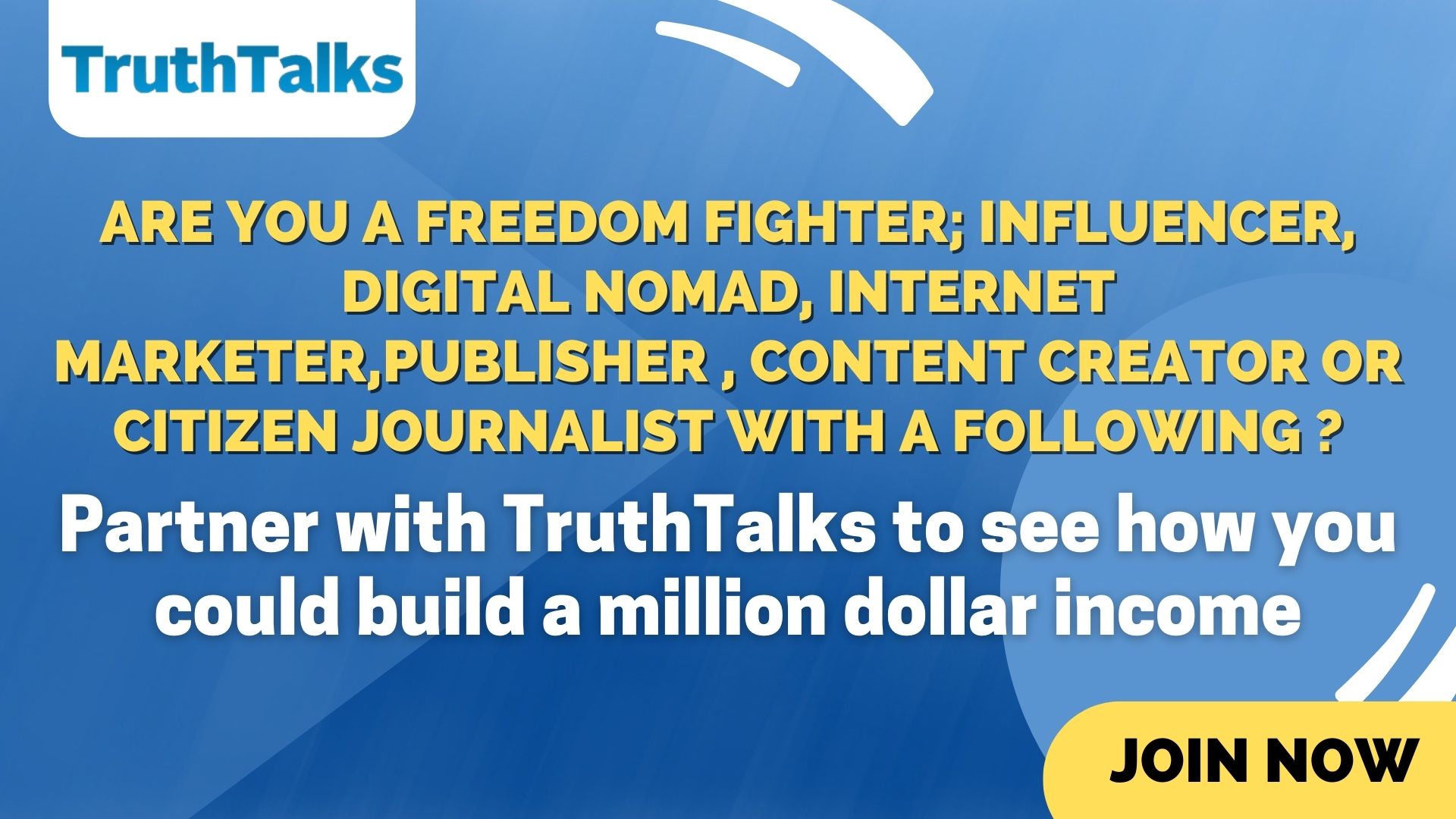 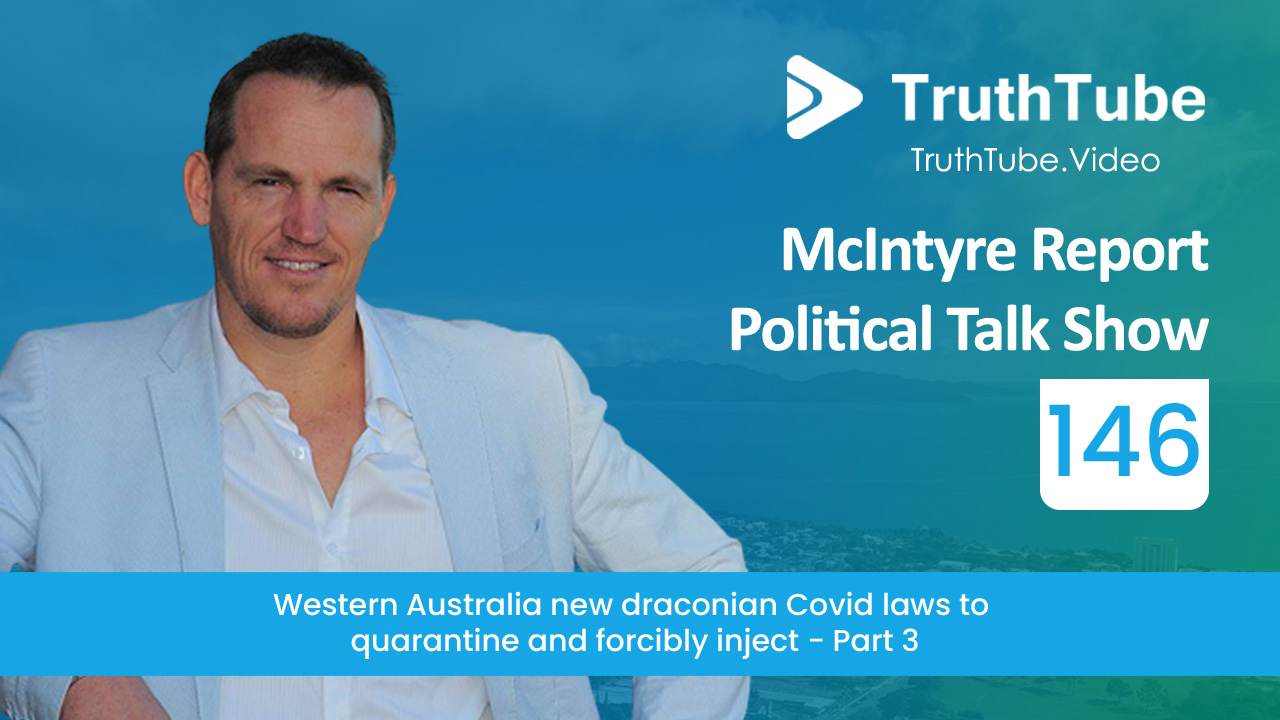 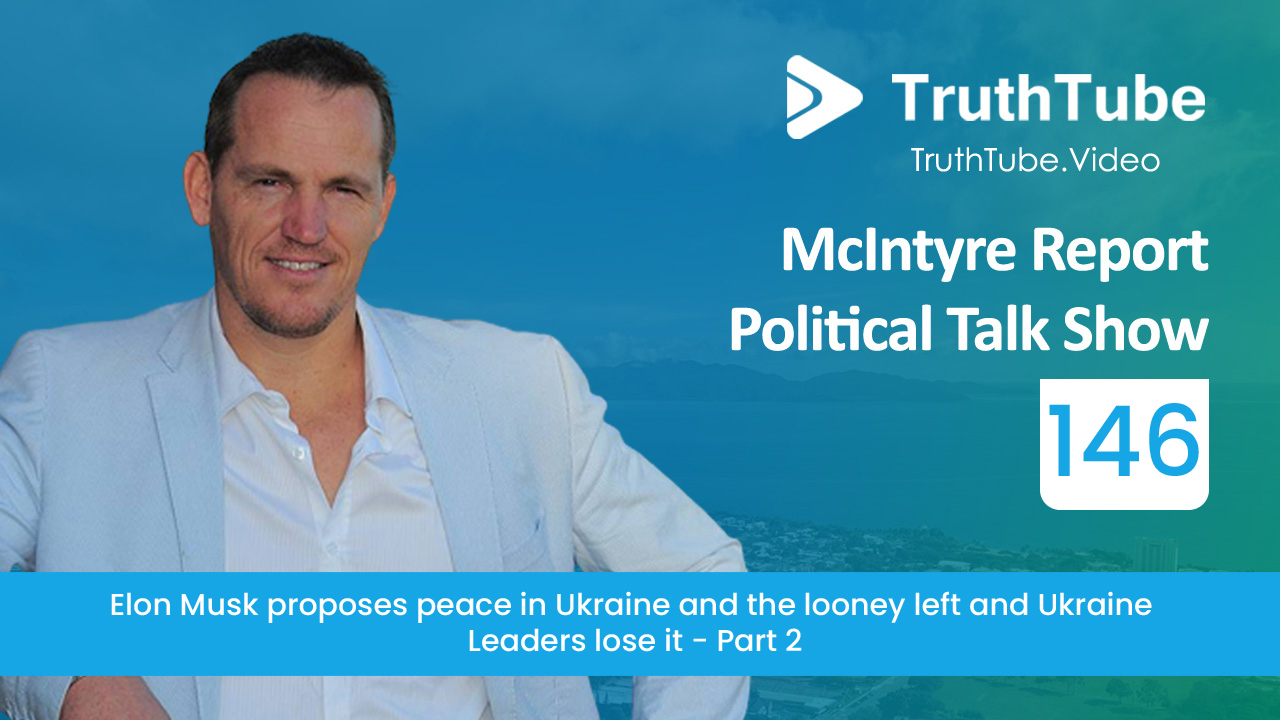 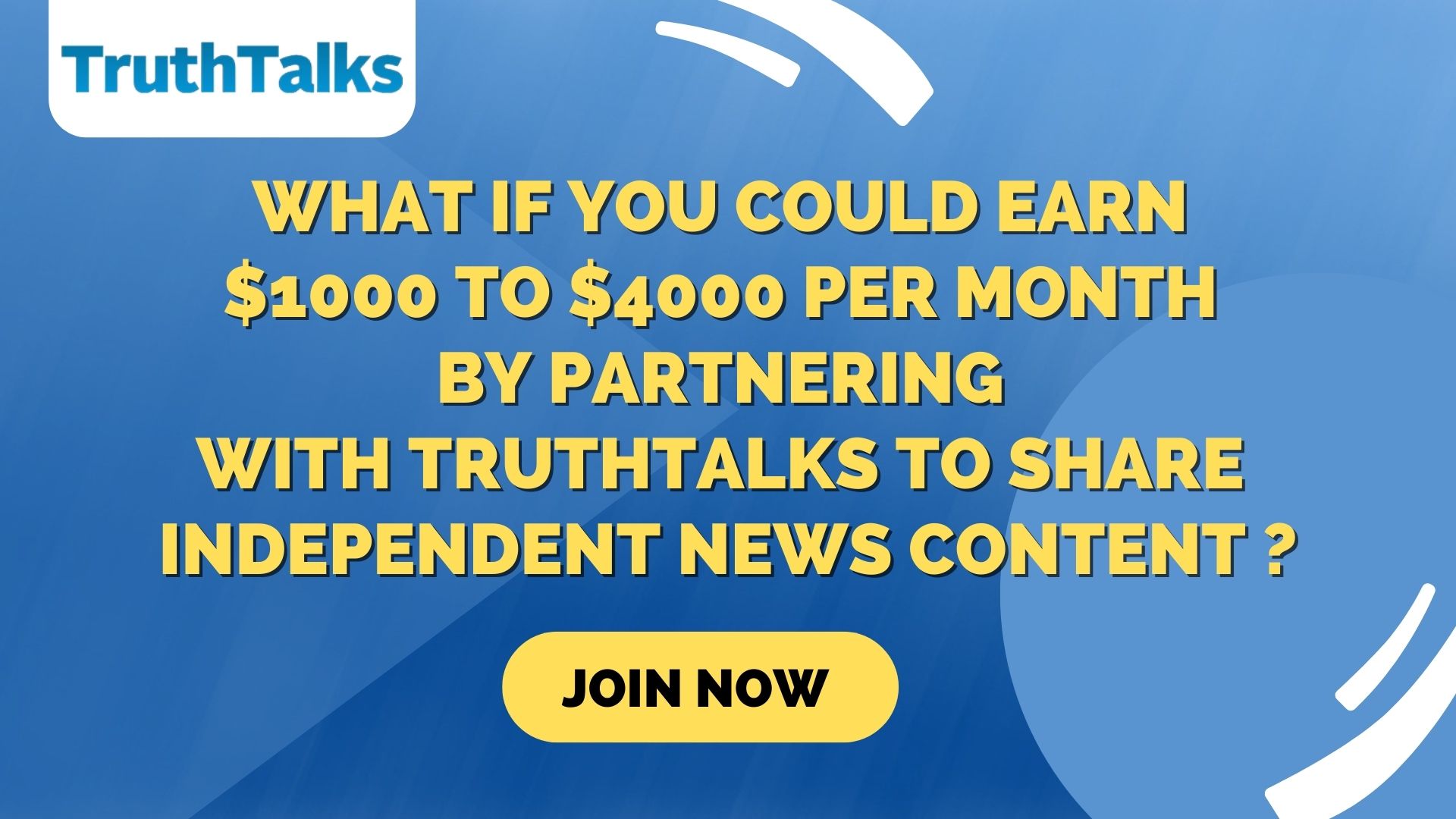 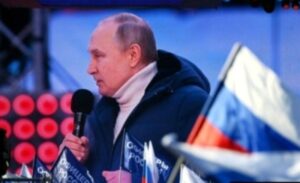 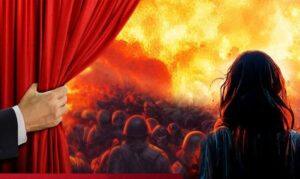 Situation Update, Sep 23, 2022 – World War III Has Already Begun, But the Truth is Being Withheld From the Public