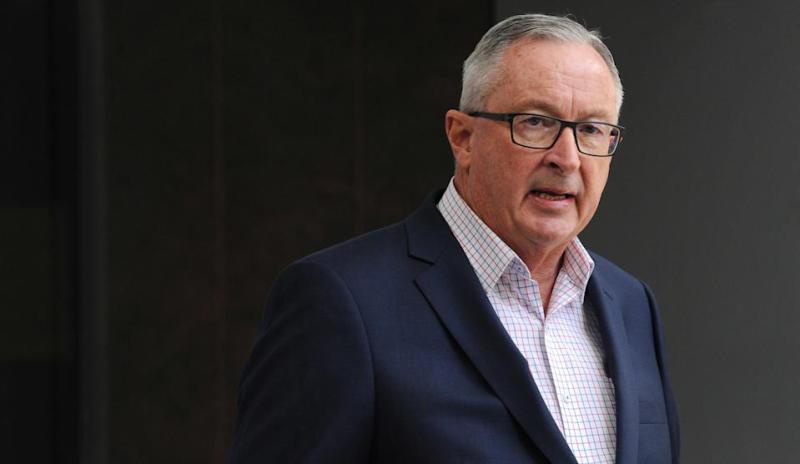 According to Brad Hazzard, the Dumbarse NSW Unhealthy Minister, the Covid is a very dangerous virus.

Mmmm like 885 times less dangerous then the Bs 19 jab that kills young and old at a rate of 4 recorded deaths in Aust per day and 500-1000 adverse reactions per day (times by ten to be accurate) (and these are short term reactions verse 53,000 per day being poisoned in Australia by the jab. So we will soon be looking at millions of sick and dying Aussies, thanks to morons like brad, not to mention 40 million adverse reactions globally and 400,000 plus deaths which is nothing to what’s coming, verse Covid.

4 unverified deaths this year – no evidence provided other then what our lying Government and media claim – which has zero credibility as they can’t lie straight in bed.

And 98 cases of nothing per day where at most 10% might suffer mild flu symptoms and none longterm issues.

Covid can’t kill you unless your 90, in a aged care home, already sadly dying, deliberately being starved and dehydrated and put on end of life drugs, then falsely (after dying from sheer neglect by state-sanctioned murder), wrongly listed as dying of Covid to invent deaths of a falsified pandemic that only the dumbest of the dumb can still possibly believe in.

So yes Brad
You are a serious health Hazzard, and you’ll be sent to jail one day for crimes against humanity, for pushing the vulnerable, elderly, young, and innocent to partake in a rushed to market, unproven, unnecessary, ineffective, dangerous and deadly, and fraudulent Global Medical Experiment.

Let’s have a debate shall we Brad.

And re-educate you about what’s going to happen to you dodgy drug spruikers, lying to fellow Australians, and the mass death and injuries you are causing, with ample evidence already, that you guys are hiding from the public.

Come on Brad, take me on in a debate, or are you just another gutless politician, with no balls, and no idea, and not disclosing the financial incentives to spruik dodgy bs 19 death shots that only morons would take.

Have you had your shot Brad ??

Hete S Elizabet
Weird a lot of these “health ministers” do not have a real medical background, have no hands on experience (significant/years of medical practice), no nurses, no doctors, just glorified business titles (at best), no real hands on jobs in their work history, nepotism is such a great thing.

George Lambropoulos
LOOKS LIKE YOU HAVE BEEN CHALLENGED FOR A DEBATE ..Brad Hazzard ..You gonna take the challenge, or hide under a rock ?

Marko Sladakovic
five minutes of celebration and 5 years in prison

Baz Karr
They’re not giving politicians the real deatshot anyway are they?

Phil Celima
Dont share this post…only the Video from the bumbling life Hazzard gets shared…no preamble from Jamie Mc.

Sven Erik Golden
Excuse me. I ain’t no “anti-vaxxer”. But I am “pro-lifer”, “pro-choicer”, “pro-natural”, “pro-unmanipulated”, “pro-health”. And anti-autism (look at the shocking increase in this that literally parallels the increase in vaxxing over the years. It’s real.).
Happy we straightened that out. This Brad certainly is a hazard to us with that kind of propagandist slanderous twaddle

Kj Ritchie
Where do I look to find the stats on vaccine injuries/deaths?

Maggie Barnes
Constant daily updates on how many have convid but there wasn’t a word from them or media on the day i went to see a doctor last week where they were going against their oath of DO NO HARM & vaxxing loads of people & one of the docs who was also vaxxed finished up being rushed to hospital in a serious condition after suffering anaphylaxis caused by the vax! Why are we not hearing about side effect numbers each day?

Kate Rogers
Class Action
in Courts of Australia !!!
Say No to Coercive and Mandatory Vaccination & Loss of Constitutional Rights.

Doug Craig
What. do I look like an ignorant sheep?

Lillo Roots
Sydney lockdown till end of year for sure. Anyone?

Yes, They Really Are *Deleting* The Internet and It’s Way Worse Than You Think

Tucker on the “Patron Saint of Wuhan” 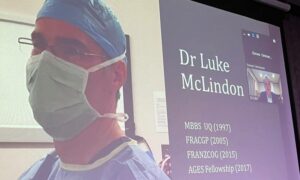 Dr. Luke McLindon Is an Infertility Specialist Who Has Shocking Data Pertaining to the Jabs, Infertility, Miscarriages, and Injured Pregnant Mothers That Will Shock Australia to the Core 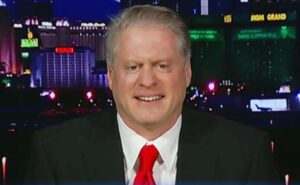