If you some aren’t awake by now they should be after this.

If you some aren’t awake by now they should be after this.

Firstly thank you to the “ The Australian “for acknowledging the President of Tanzania was murdered because he opposed the insane global medical experiment.

This so called “ Australian “ Newspaper has now reached possibly the lowest of lows, with a direct threat of death for any Australian who opposes the deadly bs 19 jabs . A direct threat to the large majority of Australians who refuse to be bullied or intimated into participating in a dangerous, rushed to market , ineffective and unnecessary Global Medical Experiment, only the dumbest of the dumb or most niave or vulnerable would take.

One that is so “ safe and effective “ it’s side effects are death and serious injury
And all animals tested on, died. So they have skipped further animal testing to test on humans.

And the death count globally is already in the tens of thousands, with millions injured ( and that’s by authorities working overtime to not report most ) Harvard studies highlight only 1-10% of adverse reactions are ever reported to Vaers.
Newscorp papers who by the way financially benefit from pushing dodgy drugs such as Bs 19 vaxxes on the vulnerable and weak, and now your children, are making public, “ effective death threats to fellow Australians, those that are smart enough not to partake in a insane medical experiment that offers no payment , no compensation and zero benefit. And has a very high degree of death or injury.
They don’t even have short term results in yet and death rates are appalling.

After the 1976 Swine flu falsified pandemic , they stopped the vaccine roll out after just 25 deaths due to public outrage.

“if you aren’t afraid of the common cold you have nothing to fear about Covid”.

Any Journo pushing the Bs 19 fraud must be held to account.

I suggest Australians demand this lunacy and or it’s time we all March to Canberra before these idiots kill more innocent Australians and cover their deaths up as they currently have been doing.

How many more Australians ate we going to stand idle by and watch be killed by this vaccine death cult, that’s drunk on pure arrogance and ignorance.

Under no circumstances should you join this vaccine death cult if you value your live or your families live. You must do everything to stop them being jabbed. Including preparing to defend against Australian military forcible Bs19 vaxx’s or foreign troops( both laws have been pushed through without public consent or consultation- and when I publicly raised this in a video to Prime Minister Morrison days ago and at the public rally last weekend – to level state the Military will never forcibly vaccinate Australians I was deleted off instagram the next day)

What a sad time for Australia and the world to have come to this appalling assault on human freedoms and democracy.

Prepare to protect your family against this insane fools

Matt Alexander
What a disgraceful piece if so called journalism..The Australian has gone way too far. Outrageous!!

Lorraine Kozaczek
tell the TRUTH politicians, media and especially the medical politicians and all doctors the truth is nothing to BE SCARED OFF.

Catherine Hammond
It’s 💯true – stay clear of all this bs …people have been hypnotised – do Good – mentality …mindless step in line with the masses … de population agenda ….😈

Maud Taie
Connect the dots, 2017 the Murder of the owners and manufacturers of drug Hydroxychloroquine. No one to partition the use of the drug for COVID instead of the vax.

Lana Musulin
Keep up the threats, we know the truth and you know we know. The great unveiling will the best gift. House of cards….

Marie-Claire Accordino
It’s depopulation via quackcines 💉 and their intended results are now coming to light. All governments are complicit and those who refuse to comply will be taken out like Magufuli. Kevin Galalae has some good information on his Facebook and Telegram accounts regarding this. 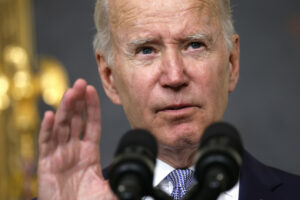 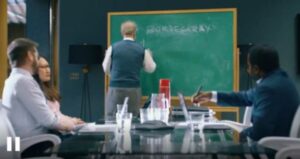