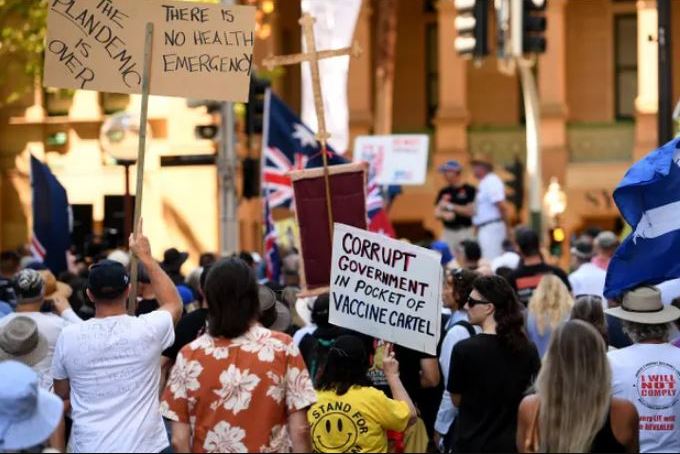 Parties seeking to leverage movement were largely unsuccessful at 2022 election but rise of ‘pro-freedom’ movement should not be ignored, expert says.

Anti-vaccine mandate policies don’t appear to have been a major vote winner at the federal election, with candidates and minor parties opposed to Australia’s Covid jab rules largely unsuccessful.

Despite first preference votes for the two major parties hitting record lows and the doubling of the crossbench, candidates or parties with anti-mandate policies did not pick up any seats.

One Nation had the strongest swing of any party with a policy against vaccine mandates, boosting their first preferences by 1.8% – in part due to running more candidates this time. Clive Palmer’s United Australia Party had a 0.7% towards them. That compares to the Greens which gained 1.5% more first preferences, while the major parties suffered a combined swing against them of just over 6%. Independents upped their share of first preferences by 2%.

Dr Josh Roose, senior research fellow at Deakin University, told Guardian Australia that the anti-vaccination population was quite small, but when viewed as part of a broader sense of disaffection with politics and the main parties, there was a worrying trend.

“It would be a mistake to view the anti-vax stuff as a determinant factor in the vote,” Roose said.

“But flipping it on its head, the United Australian party has managed to increase its vote by a significant percentage over its last outcome. It might not have a seat this time but if it continues this pattern it might [in future parliaments] have several.”

Less than 10% of Australians were either not willing to have a Covid vaccine or were not sure, according to the Melbourne Institute’s vaccine hesitancy tracker in December. This figure had dropped from a high of more than 30% in April 2021.

Roose said the anti-Covid vaccination movement was part of the larger protests against Covid measures such as lockdowns.

“Really it was only ever a couple of hundred people that was showing up at these [anti-vaccination protests], in the early days. As the lockdowns took hold, people started losing their jobs, and people … were frustrated and angry and we saw an increase in the size of those protests,” Roose said.

“The largest protests in Melbourne were made up of a lot of workers who had lost jobs or who were being told they had to be vaccinated. That was back in September. But for the most part the anti-vax movement has only ever been a really small percentage of the community.”

One Nation and UAP received a combined 9% of first preference votes. But a significant part of the swing to these parties is likely because they ran more candidates. One Nation ran 149 candidates in the 2022 election compared to just 59 in 2019. The Liberal Democrats ran in 100 seats in 2022 and just 10 in 2019.

Swing by seat for parties with policies against vaccine mandates
Showing the swing between 2019 and 2022 elections for seats where parties ran in both elections. Some parties have been excluded as they only ran in a few seats in both elections.

Guardian graphic | Sources: Australian Electoral Commission, Guardian analysis
We can see that One Nation saw swings against it in almost twice as many seats as they gained ground. The Liberal Democrats saw a split result – losing ground in half the seats they contested this time around. Only the United Australia party gained ground in more seats than it lost votes.

The results were also mixed for candidates of major parties who expressed anti-vaccine mandate sentiment. Nationals MP for Mallee, Anne Webster, launched a petition against Victoria’s vaccine requirements in October and there was a 22% swing towards her on first preferences, although she did not face a Liberal party challenger this election as she did in 2019. Liberal MP Russell Broadbent (who refused to be vaccinated) and Coalition candidate Simon Kennedy (who appeared at an anti-vaccination meeting) both suffered greater swings against them than the Coalition overall.

This is not to say the candidates’ views on vaccine mandates were the determining factor in these results, as there were many other factors at play during the election.

Guardian Australia has previously found little association between Coalition swings and vaccination rates across electorates. We repeated this analysis and found only a slight association for the United Australia party. The effect for One Nation and the Liberal Democrats was even more negligible, and Informed Medical Consent only ran in one lower house seat in 2019 and 2022.

While opposition to vaccination mandates does not appear to have influenced the election, Roose said more attention was needed on the disaffection and the myriad ways it manifests. This includes the “pro-freedom” movement, political issues imported from the United States, and conspiratorial thinking around things such as the World Health Organization and a secret New World Order.

Roose also noted that many “fringe” parties have been successful at speaking about economic disaffection, noting UAP’s policies around interest rates and housing.

“I see the fringe movements – that 10% of the population, and in some areas it was a lot higher – turning to extreme ideas.

“We’ve got to look at the trend over the long term. We’ve got elections every three years. In a decade’s time it’s possible to have three elections, and maybe even more. In three elections time what is it showing us? Where are the minor parties going to be? Labor was batting 40% not that long ago. What will happen in a few elections? They might be batting 20.” 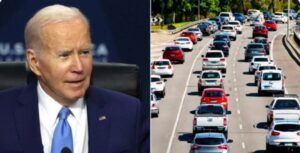