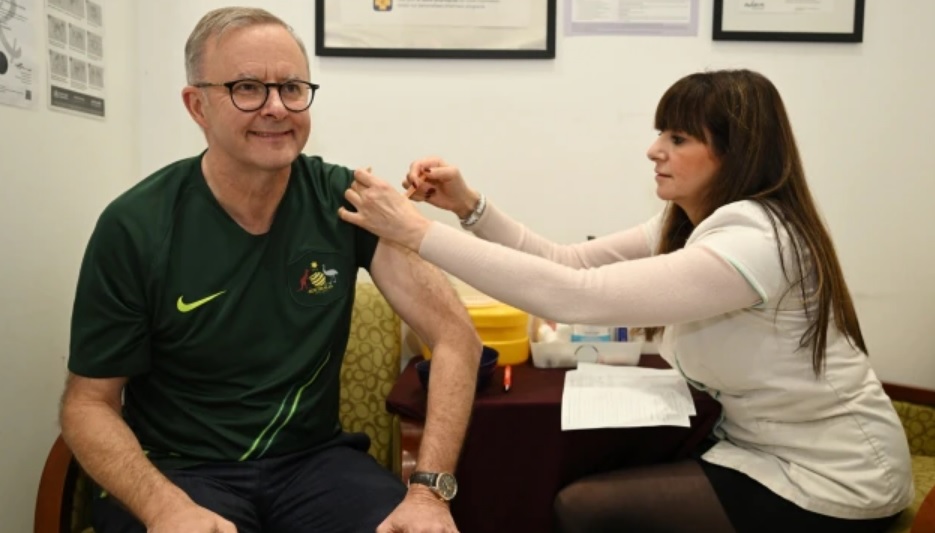 Prime Minister Anthony Albanese was all smiles after rolling up his sleeve for a fourth COVID-19 vaccine – but it was not long before a string of social media followers pointed out a major flaw.

Prime Minister Anthony Albanese has been hit with backlash on social media after he shared a video of himself receiving his second booster shot without a face covering.

The 59-year-old was seen smiling as he received his fourth COVID-19 vaccine at a Rozelle pharmacy, in Sydney’s inner west, on Tuesday before posing for a selfie with staff members.

“Book your booster,” he wrote alongside the video on social media. 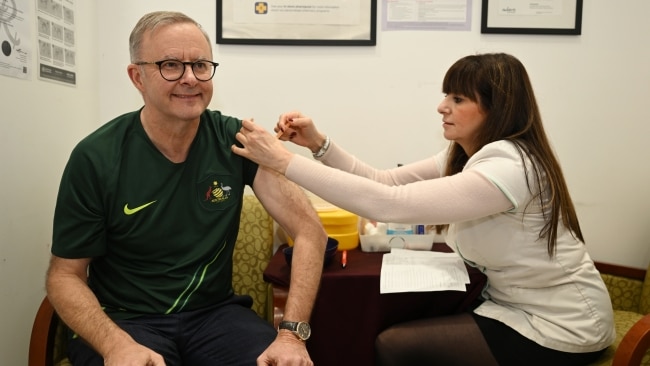 Anthony Albanese receives his fourth dose of the COVID-19 vaccine at Adore Compounding Pharmacy in Rozelle. The 59-year-old is seen posing for a selfie with a staff member.

But while it is not against the rules to enter a NSW pharmacy without a mask, it was not long before a stream of followers criticised his move.

“Where are your masks? Very poor messaging,” one person commented.

“Even without a mandate, isn’t the recommendation to wear masks when you can’t socially distance? Please lead by example,” another wrote.

“It’s like a campaign for driving safety where you are going the speed limit but skolling some vodka,” a third wrote.

“Where are the N95 masks @AlboMP?” she tweeted.

Dr Chris Moy, Vice President of the Australian Medical Association (AMA) said the Prime Minister should stop with the “contradictory messaging” and start to be more transparent about the surging COVID-19 cases and hospitalisations.

“I’m quite concerned at the moment about the mixed and contradictory messages coming from the government,” he told SkyNews.com.au.

Dr Moy said hospitals are already “chockablock full” as usual this winter, but they are facing more challenges with the new subvariants, which are known to be more infectious.

“We’re now facing this BA.4 BA.5 Omicron subvariant wave and it’s more infectious, it causes more reinfections and what’s also worrying is that there’s some data coming out that has a greater propensity to go into the lungs,” he told Sky News Australia on Tuesday.

“So the more people that get the infection, a high number are going to end up in hospital. So that combination is just really scaring us that our hospitals are going to get overloaded in the next few weeks or so.”

The Australian Technical Advisory Group on Immunisation (ATAGI) last week updated its recommendation for people aged 50 to 64 years to get a fourth COVID-19 vaccine, while people aged 30 to 49 years may choose to have a fourth shot if they wish to.

ATAGI reiterated that people who had already been eligible for the fourth dose, including those aged 65 years and over, remain at “high risk of severe disease and death” from COVID-19.

Speaking in Sydney alongside New South Wales Premier Dominic Perrottet on Tuesday, the Prime Minister revealed he would be getting his fourth dose later in the day and implored residents to follow his lead.

“Get out there, if you’re eligible for vaccines, for a booster shot, do so,” he said before getting the jab.

“If you’re eligible for a fourth booster shot and for those above 50 it’s recommended, for those above 30 it’s certainly advisable… do so if you can, make sure that you do that.

“I myself will be getting my booster shot today after this ends, my fourth shot because that is what is recommended.” 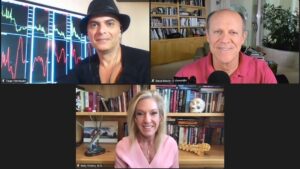 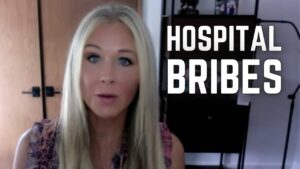 Disgusting Hospital Bribes: Change the Death Certificate to COVID, and We’ll Give You Some Money