Bacteria were the real killers in 1918 flu pandemic 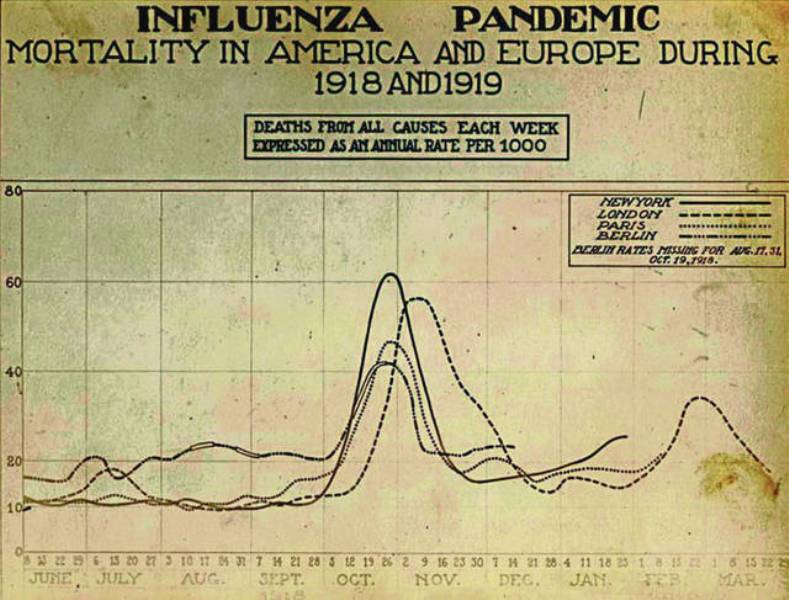 Bacteria were the real killers in 1918 flu pandemic.

Medical and scientific experts now agree that bacteria, not influenza viruses, were the greatest cause of death during the 1918 flu pandemic.

Government efforts to gird for the next influenza pandemic – bird flu or otherwise – ought to take notice and stock up on antibiotics, says John Brundage, a medical microbiologist at the Armed Forces Health Surveillance Center in Silver Spring, Maryland.

Brundage’s team culled first-hand accounts, medical records and infection patterns from 1918 and 1919. Although a nasty strain of flu virus swept around the world, bacterial pneumonia that came on the heels of mostly mild cases of flu killed the majority of the 20 to 100 million victims of the so-called Spanish flu, they conclude.

“We agree completely that bacterial pneumonia played a major role in the mortality of the 1918 pandemic,” says Anthony Fauci, director of National Institute for Allergy and Infectious Disease in Bethesda, Maryland, and author of another journal article out next month that comes to a similar conclusion.

That pneumonia causes most deaths in an influenza outbreak is well known. Late 19th century physicians recognised pneumonia as the cause of death of most flu victims. While doctors limited fatalities in other 20th-century outbreaks with antibiotics such as penicillin, which was discovered in 1928, but did not see use in patients until 1942.

This is not to say that flu viruses do nothing, says Jonathan McCullers, an expert on influenza-bacteria co-infections at St Jude Children’s Research Hospital in Memphis, Tennessee.

McCullers’ research suggests that influenza kills cells in the respiratory tract, providing food and a home for invading bacteria. On top of this, an overstressed immune system makes it easier for the bacteria to get a foothold.

However, the sheer carnage of 1918 caused many microbiologists to reconsider the role of bacteria, and some pointed their fingers firmly at the virus.

When US government scientists resurrected the 1918 strain in 2005, the virus demolished cells grown in a Petri dish and felled mice by the dozen.

“The 1918 pandemic is considered to be – and clearly is – something unique, and it’s widely understood to be the most lethal natural event that has occurred in recent human history,” Brundage says.

But to reassess this conclusion, he and co-author Dennis Shanks, of the Australian Army Malaria Institute in Enoggera, Queensland, scoured literature and medical records from 1918 and 1919.

The more they investigated, the more bacteria emerged as the true killers, an idea now supported by most influenza experts.

For instance, had a super virus been responsible for most deaths, one might expect people to die fairly rapidly, or at least for most cases to follow a similar progression. However, Shanks and Brundage found that few people died within three days of showing symptoms, while most people lasted more than a week, some survived two – all hallmarks of pneumonia.

Military health records for barracks and battleships also painted a different picture. New recruits – men unlikely to have been exposed to resident bacteria – died in droves, while soldiers whose immune systems were accustomed to the local bugs survived.

And most compelling, Brundage says, medical experts of the day identified pneumonia as the cause of most deaths.

“The bottom line is we think the influenza virus itself was necessary – but not sufficient – to cause most of the deaths,” he says.

As the world’s health experts prepare for the next influenza pandemic, many have looked to 1918 as a guide, planning for a deadly super-virus.

The H5N1 bird flu strains jetting around the world seem to kill humans without the aid of bacteria, but those viruses aren’t fully adapted to humans, McCullers says. If H5N1 does adapt to humans, bacteria may play a larger role in deaths, he adds.

“Everyone is focused exclusively on the virus, and that’s probably not the best idea,” he says.

Antibiotics and vaccines against bacterial pneumonia could limit deaths in the next pandemic. And while an effective influenza vaccine should nip an outbreak in the bud, such a vaccine could take months to prepare and distribute.

“The idea of stockpiling [bacterial] vaccines and antibiotics is under serious consideration,” says Fauci, who is on a US government taskforce to prepare for the next flu pandemic.

At a recent summit on pandemic influenza, McCullers said health authorities were increasingly interested in the role bacteria might play, but there had been little action taken.

“There’s no preparation yet. They are just starting to get to the recognition stage,” he says. “There’s this collective amnesia about 1918.” 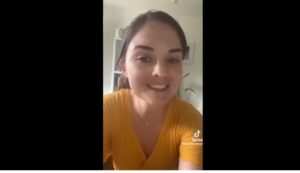 Google is so Powerful that it “Hides” Other Search Systems From Us. We Just Don’t Know the Existence of Most of Them