California Doctors Lay The Hammer on Fauci and Shutdown!

Two doctors from Bakersfield, California held a press briefing to discuss COVID-19. Dr. Dan Erickson and Dr. Artin Massihi expressed concern over the continuation of stay-at-home orders and also the validity of statistics parroted by the Government and media.

Large group statistics are often taken from a small sample size. In the case of COVID-19, this practice isn’t followed very often. The sheer number of virus cases are compared to the number of (presumed) deaths and then a death percentage is calculated. COVID-19 deaths are currently being recorded as those who died with the virus in their system. Although the cause of death could have been a co-morbidity like diabetes and/or heart failure.

Quality of statistics is just one issue of many with the way COVID-19 is discussed in the United States and for that matter… the world. There is also the issue of the shelter-at-home orders. This is also not scientific. If a person is sheltering at home, then they cannot build their immune system. COVID-19 will not simply go away if people are inside. Quite the contrary. All viruses have a greater chance of harming a person that does not go interact with the world outside of their home.

Strong immune systems are required if a person is to ever live outside of a bubble. And one’s immune system can only be built by interacting with viruses, bacteria, and disease in the real world. Dr. Erickson said this very eloquently when speaking about babies and how they go from the controlled environment of the womb into the world where they have zero immune system. They crawl around on the ground, put things in their mouth, and explore the world around them. Humans must interact with germs and viruses in order to build a tolerance against them.

Dr. Erickson analyzed available data in California, New York, and the entire nation. What he found is that there are many more cases of people who have COVID-19 than what is officially recorded. But the number of deaths remain the same. Which means that the death rate is much, much lower than previously thought. It also means that the models that predicted massive numbers of deaths are woefully incorrect.

Ancillary problems are now arising due to the draconian measures taken by Governments all over the country. Children and spouses are becoming victims of abuse at a much higher rate than before the virus. Anger of job loss and frustration from living in close quarters with one another is creating explosive environments.

Speaking of job loss, the economy cannot be ignored here. Tens of millions of Americans have lost their jobs since March when the chaos of Government overreach began. Jobs are not isolated into the small towns or big cities in which they were lost. The supply chain of food will become an issue due to plants all over the country being shuttered. In a country already struggling with the loss of production, halting any production will make the existing problem worse. And it will reduce supply.

Finger-pointing of who’s right and who’s wrong are not the interest of these doctors. But they realize that Dr. Fauci and the experts in the administration aren’t much more than numbers analysts who exist in ivory towers. Front-line doctors – like Erickson and Massihi who actually treat patients – should be the ones recognized. Or at least simply allowed to have some input.

While the shutdown may have been noble at the beginning to slow the spread of the virus, it ultimately has caused more problems than solved. The data all show that COVID-19 has a death rate similar to the flu. Hospitals are not overwhelmed, and it’s easy to identify those who will have any issues with it, which is less than 5% of the nation. It’s time to get back to work. 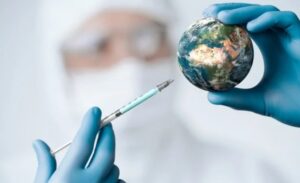 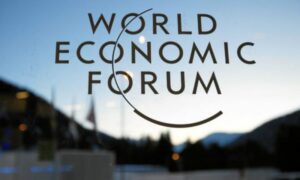