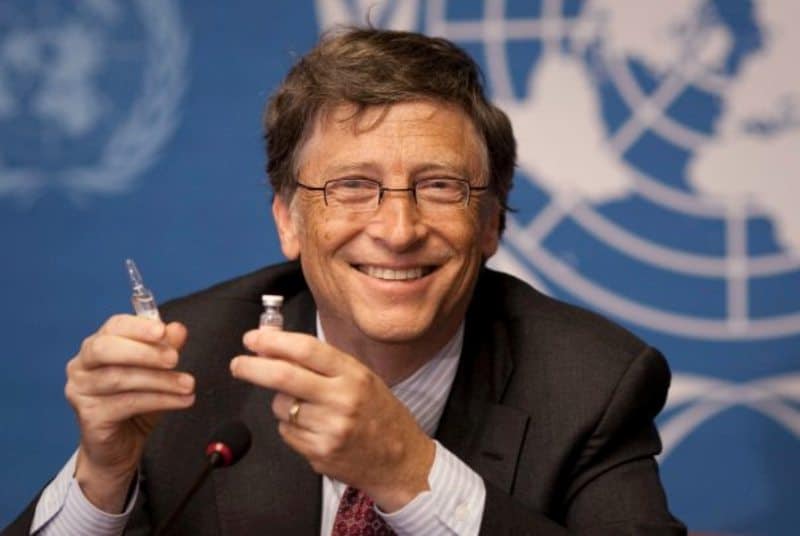 Covid 21 is coming – the second half of a binary weapons system.

(Natural News) About a year ago, I gave a live presentation in Branson, Missouri, that is only now being made fully public. The presentation, shown below via Brighteon.com, reveals that the real master plan which led to COVID is actually an extermination plan for humanity.

Population reduction has been the goal all along. But where the globalists have shown their true evil genius is in their choice of creating a biological weapon with high transmission rather than high fatality rates. The virus was never very deadly to people under the age of 50, but it was always highly contagious to people of all ages. And that contagiousness, it turns out, was enough to advance their nefarious plan against humanity.

The rapid spread of the virus allowed the globalist-controlled media to claim “cases” were skyrocketing, thereby justifying weaponized lockdowns and a global rolling out of medical fascism disguised as “public health” policies. Based entirely on the speed of the spread of the virus, cities, states and nations of the world were able to achieve three key goals that represent the necessary precursors to global human extermination:

Thus, globalists have simultaneously built a global pandemic prison camp combined with a mandatory vaccine obedience system through which they can repeatedly spread more infectious disease and promote accelerated deaths or infertility.

The end goal, as globalists like Bill Gates openly support, is the elimination of billions of human beings living today. Ideally, globalists seek to reduce the world population to about 500 million people, which is roughly a 94% reduction in the current human population.

The world you once knew is never coming back, because the globalists who run the world have other plans

Each day, more and more people are coming to realize that there will be no restoration of the world we all once knew. Globalists have no intention of restoring human freedom, economic prosperity and global mobility. Now, human societies are being deliberately crushed — even in the face of contradictory scientific evidence that shows lockdowns don’t work — in order to cause mass destitution and collapse.

Only through this planned collapse can the billions of people in the world be forced into subservience to the globalist depopulation agenda.

A key element of this is the Universal Basic Income (UBI), which has already been rolled out across America for the last several months, under the approval of Republicans, Democrats and President Trump. The UBI provides basic sustenance income to allow people to purchase food and stay alive, while CDC mandates prohibit the eviction of renters who can no longer pay rent. Through the UBI, the eviction ban and the pumping up of the stock market with Fed money printing policies, America remains under the false appearance that the economy is rebounding. In truth, these are all temporary, makeshift tactics to prevent millions of homeless from spilling out into the streets right before an election.

The real plan — about to be rolled out — is to tie UBI benefits to vaccine compliance and speech compliance. Only the obedient will be granted government credits for food, and anyone who refuses to take the new vaccine will be cut off from government benefits. This is a deliberate “squeeze” to force the sheeple into mass vaccine suicide by making sure they cannot function in society (or receive government benefits) unless they go along with the vaccine mandates, which are of course a global extermination program disguised as a public health program.

The mass extermination via vaccines consists of two strategies:

Thus, people won’t be dropping dead right away after taking the vaccines. Instead, they will seem fine until the next major bioweapon pandemic hits them, at which point the fatality rate will be extremely high (perhaps as high as 75% averaged across all age groups).

The next strain to be released via the vaccines will be COVID-21, and the COVID-21 strain could be rightly considered the second half of a binary weapon system that will achieve extremely high kill rates for human beings across the globe.

Importantly, the mass die-offs will further justify government lockdowns, quarantines and medical authoritarianism that grants governments the power to forcefully inject people, kidnap people, imprison people and even exterminate people at will. The mass hysteria from the sudden wave of deaths will also feed directly into the justification of increased censorship by the tech giants, which will de-platform anyone who discusses the truth about how this entire scheme was planned from the start.

What ends up being created is a feedback loop of death, hysteria and tyranny. The more people die, the more hysteria the media spreads and the more tyranny is justified by the state. This, in turn, results in higher numbers of vaccine injections, which spread more weaponized viral strains, resulting in another wave of hysteria and so on. It’s the perfect scam of tyranny and depopulation: The very governments who are building the bioweapons are using them to exterminate the masses while using the infections to justify their own power to administer the extermination weapons (i.e. vaccines).

YouTube has just recently confirmed it will ban all vaccine videos that don’t toe the line of Big Pharma and the China-run WHO. We’ve all witnessed the accelerating purges of so-called “anti-vax” channels and speakers across all the major tech platforms. It’s all part of the narrative control that will maintain information monopolies to keep pushing the vaccines, lockdowns and tyranny that’s killing human beings by the billions.

This is how they pull it off! It’s not the pandemic that’s really killing people; it’s the governments. And any who don’t surrender to the tyranny will be singled out as “threats” to public health, then silenced or forcibly removed.

Victoria, Australia has already beta tested these programs and has found a shocking degree of compliance among the population that’s targeted for extermination. New Zealand has also discovered shockingly high levels of compliance, and Canada is finding much the same thing. As it turns out, “progressive” societies are filled with eager-to-obey sheeple who maintain irrational faith and trust in government — the very same government that’s preparing them all to be terminated.

Resistance groups are growing all around the world, including in America where local economies (in conservative states) have fared relatively well by avoiding the punitive lockdowns that now characterize left-leaning cities and states.

This is the reason the globalists are working desperately to remove President Trump from power: Trump and his followers are the last remaining defenses for humanity, standing up against the anti-human forces of tyranny and destruction that built the coronavirus bioweapon in the first place (and released it on purpose, then lied about it). Thus, Trump must be removed from power at all costs, and his followers and supporters must be silenced, criminalized, smeared and eliminated at all costs as well. No pro-human voice that resists the COVID-21 tyranny scheme may be allowed to exist, or the entire plan could be placed in jeopardy because it requires broad voluntary compliance of the sheeple who are being culled. The minute the sheeple wake up and realize they are being led to the slaughter, they might not follow orders so easily.

Rational people can process most of what I’ve described above, if they do the research and aren’t brain damaged from fluoride, pesticides, heavy metals and 5G. But now we bring in a topic where many people just can’t fathom the reality: Earth’s globalists are following orders from non-human entities.

Different people describe these non-human, non-Earth entities in different ways. To some people, they are demons of supernatural origin. To others, they are aliens of extraterrestrial origin. Still others say they are AI systems from advanced civilizations across the cosmos, and another explanation describes these influencing entities as interdimensional beings from a parallel universe. (Interesting note: CERN scientists have announced they are preparing to power up CERN to literally “make contact with a parallel universe,” according to mainstream media headlines.)