I keep pounding on this, because it’s the main illusion, and it’s the hardest illusion to dispel. People hang on to it like a life raft.

The stage magicians present the “pandemic” as one disease with one cause, and people buy in immediately.

Some people who reject the coronavirus as the cause present ANOTHER single cause—they’re falling for the basic con job.

All these people are called “COVID cases.”

The diagnostic test for the virus, as I’ve shown in many articles, spits out false-positive verdicts, and those results are meaningless—but they form a picture of escalating case numbers. And people buy in.

The stage magic trick is easy to see, once you grasp the tactics: Claim to have discovered a new virus. Say it is spreading and needs to be contained. Invent an umbrella label for the epidemic: COVID-19. Start pulling all sorts of people with all sorts of different conditions under the umbrella and say they’re all “cases.” Use a diagnostic test that will automatically turn out many verdicts of “infected.” And you have the illusion of a pandemic.

At this point, people will show up and say, BUT WHAT ABOUT THIS? WHAT ABOUT THAT? WHAT ABOUT ALL THE PEOPLE SUDDENLY DYING IN CITY X? These questioners are trying to stick with the one disease and the one cause. But think it through. If people are actually dying in City X suddenly—and weren’t in the process of dying for a long time since they’re elderly and have a long history of serious illness—then you need to see what is going on in City X specifically…AND NOT ASSUME IT’S THE SAME THING THAT’S GOING ON IN WUHAN OR SEATTLE OR NEW YORK OR BERLIN OR MILAN.

Is something strange happening in a City X hospital? Are doctors dosing people with highly toxic antiviral drugs? Are they misusing breathing ventilators and collapsing patients’ lungs? Did some dangerous chemical recently show up in the environment in City X? Did someone put it there? Who knows? But assuming “it must be the virus” is unwarranted. The assumption is based on nothing.

Let’s look at a real City X. It’s called Wuhan. What was happening there? Well, for a long time, the air pollution has been truly horrendous. It’s unprecedented. A mix of toxic compounds from both the early and modern eras of industrialization. In fact, last summer, residents went out on the streets and protested in large numbers. You don’t do that in China unless you’re desperate, because the government can come in and arrest you and disappear you.

What did Chinese researchers call the number-one symptom of the “new epidemic?” PNEUMONIA. With the air quality in that city, you don’t need a virus or any other germ to get pneumonia. You just need to breathe. On top of that, studies estimate that, every year, roughly 300,000 people die from pneumonia in China. Which means there are millions of pneumonia cases. But suddenly, no, the cause is a new virus never seen before. Who’s kidding who?

There’s more. The Chinese government decides they aren’t going to even bother testing for the new virus. Instead, they’re going to do CT scans of patients’ lungs. If they see evidence of pneumonia, they’re going to label all these people: “coronavirus.” Soon to be known as “COVID-19.”

At this point, someone is sure to reply, “But that air pollution isn’t happening in every place where epidemic cases are showing up. Therefore, air pollution couldn’t be the cause of the epidemic.”

He STILL doesn’t see he’s falling for the con and the magic trick. He’s STILL assuming COVID is one disease with one cause. He’s STILL hypnotized.

Or you might get this: “No, it’s not the coronavirus, it’s really 5G technology that’s making people sick and killing them.” STILL falling for the magic trick. In certain places, 5G might be harming people. Indeed. And some of those people might be labeled as COVID. Yes. But “the whole thing” isn’t 5G, because THERE ISN’T ONE WHOLE THING.

“But it started in China and spread across the world.”

No. The stage magicians from the CDC and the World Health Organization want you to believe that. They’ve built up a fraudulent picture to convince you that’s true. There is no “it.”

Yes. I understand. That’s called an addiction. You need to cure yourself. 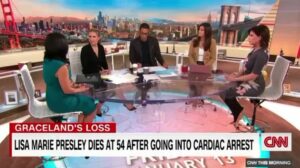 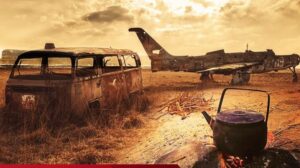 Situation Update, Jan 13, 2023 – No Trains, no Planes, no Automobiles and NO GAS – Welcome to the DE-CIVILIZATION Democrat Utopia