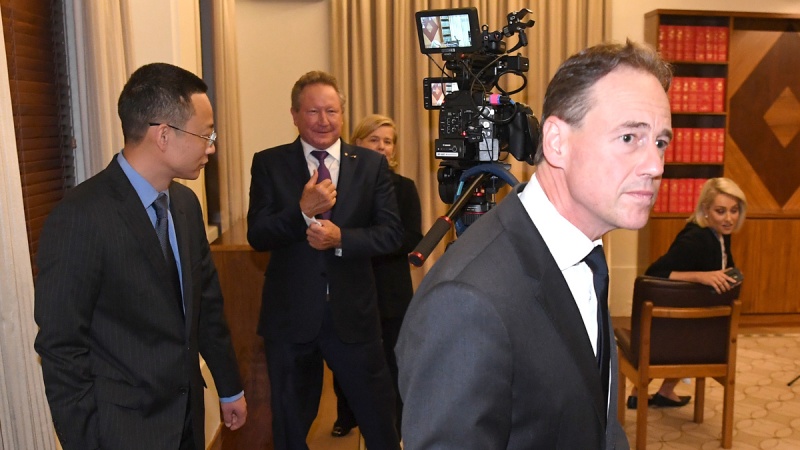 But the billionaire mining magnate and philanthropist’s Minderoo foundation says it made no profit on the deal, instead being “pleased” to help secure vital virus equipment.

Australia’s richest man, with an estimated net worth of $23 billion in 2020, according to the Financial Review, Mr Forrest stunned many in April when it was revealed his Minderoo foundation had undertaken a secret mission to procure 10 million COVID test kits through his Chinese business connections.

The announcement, made alongside Health Minister Greg Hunt in Melbourne, was notable for what was reportedly a surprise inclusion – China’s consul-general for Victoria Zhou Long, who was invited by Mr Forrest, apparently unbeknownst to Mr Hunt, at a time when diplomatic relations between China and Australia were souring.

At the press conference, Mr Zhou made a point of claiming that China had acted in an “open, transparent and responsible manner” around COVID, and had “worked closely with WHO and other countries”.

It came just a week after Foreign Minister Marise Payne announced Australia wanted an inquiry into the origins of COVID-19, including China’s role in the early stages, and called for greater “transparency” from the Chinese government.

“I don’t think the Minderoo Foundation has ever done something of more importance,” he said at the time.

Mr Forrest had said Minderoo “set aside $320 million to assist Australia at any way we could”.

“The Minister challenged the Minderoo Foundation to supply an unprecedented level of both testing machines, which are incredibly rare right now,” the mining magnate said.

Mr Forrest claimed there had been “sophisticated coercion” from other nations for the deal to be cancelled, including other “much, much higher” financial offers for the equipment.

A dollar figure was not disclosed for what Minderoo had paid initially for the kits, or received in return from the government, at the time.

But on Monday, with the release of the latest Australian Electoral Commission data on political donors, documents from the Minderoo Foundation revealed exactly how much the federal government had paid.

“Minderoo Foundation was asked by the federal government to help procure emergency COVID-19 testing capacity and personal protective equipment (PPE). We are pleased to have been able to do so,” they told The New Daily.

“Our only priority was to do what the government asked us to do: Deliver PPE to help keep frontline health workers safe and deliver COVID-19 PCR testing equipment and tests that substantially increased Australia’s testing capacity during this pandemic.”

TND has been told Minderoo made no profit on the arrangement, with the goods supplied at cost price. It’s also understood the foundation did not seek reimbursement for some outlays such as staff and travel costs.

However, The Guardian reported in July some concern about the test kits, including the sheer supply far outstripping demand for testing. As of Wednesday, Australia has conducted a total of 13.01 million COVID tests since the beginning of the pandemic, according to official government statistics.

The Department of Health said the PPE provided by Minderoo included “a range of personal protective equipment to the National Medical Stockpile”. A department spokesperson said the supply of test kits and PPE was “critical” at the early stage of the pandemic.

“The Minderoo Foundation assisted in sourcing the BGI pathology equipment at a time of significant concern that Australia would face limited testing capacity because of global shortages of COVID-19 pathology-testing consumables, including reagents,” they told TND.

“The BGI COVID-19 testing capability has been critical in supporting the significant increase in testing following COVID-19 community outbreaks over the past year, particularly in Victoria.”

TND asked the department how many kits were supplied, and how many had been used, but the spokesperson declined to comment.

“Information on the precise contents and distribution of [national medical stockpile] stock are not generally disclosed publicly for security reasons,” they replied.

Minderoo’s 2020 annual report boasts of the foundation’s efforts in this case.

“This process ordinarily would have taken years – Minderoo Foundation quadrupled daily testing capacity in the space of a few weeks,” the report stated.

That was said to have included “64 tonnes of critical medical supplies, including N95 equivalent respirators, surgical masks, medical-grade gloves and goggles and coveralls, nasal swabs, and ICU ventilators”.

Mr Forrest revealed last week he had contracted and recovered from COVID last year and was forced into European hospitals for treatment while on an overseas business trip. 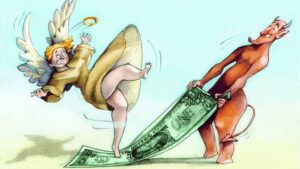 Coca-Cola Is ‘All Chemicals’ – Putin