More on China pollution and the coronavirus cover story 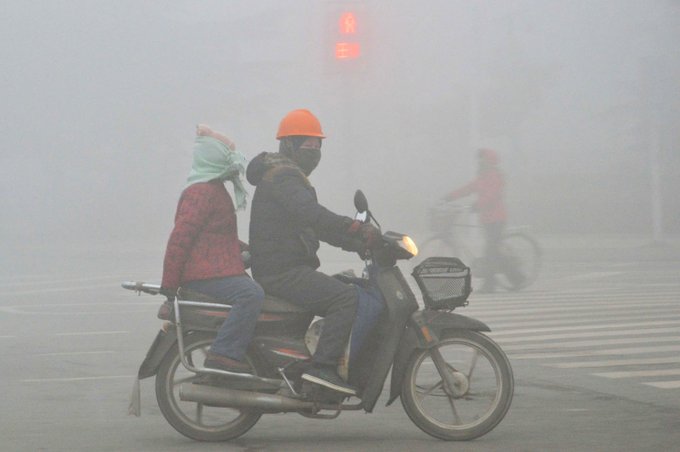 First, I want to mention 5G technology, which, according to reports, has been widely deployed in Wuhan, “the epicenter of the China epidemic.” Readers have sent me links to articles and videos that highlight human damage caused by 5G.

I’m aware of this damage. I’ve written about it before, and, I revisited it in a piece I wrote a few days ago titled 5G and the China epidemic. What is creating illness and death in China is not an either-or situation. In my past research on epidemics, I’ve found several causes of disease in every “epidemic”—causes which have nothing to do with a virus.

In Wuhan, in addition to air pollution, we could certainly be looking at 5G, and other situations of damage—for example, water pollution, heavy chemical spraying.

I’ve also received communications asking about “all the other cases of the coronavirus” occurring in countries where air pollution is not a significant factor. To answer these questions, I urge reading all my articles on the so-called “China epidemic” (archive here). I’ve covered how “cases of the disease” are “discovered”—through entirely misleading and worthless diagnostic tests. It’s always been easy to invent case numbers using these tests.

All right. A reader has sent me a significant piece published, in 2005, in the British medical journal, The Lancet. It emphasizes the destructive nature of air pollution in Chinese cities. Here are several excerpts.

The Lancet, November 19, 2005; CHINA: THE AIR POLLUTION CAPITAL OF THE WORLD, by Jonathan Watt:

“Over 400,000 premature deaths a year in China are blamed on air pollution levels…”

“According to the European Space Agency, Beijing and its neighbouring north-east Chinese provinces have the world’s worst levels of nitrogen dioxide, which can cause fatal damage to the lungs.” [The so-called “coronavirus disease” is pneumonia.]

“At a recent seminar, Zhang Lijun, deputy director of the environmental protection agency, said that pollution levels could more than quadruple within 15 years unless the country slows the rise in energy consumption and car use.” [15 years later, it’s a “coronavirus epidemic.” How convenient.]

“A recently published study, conducted by the Chinese Academy on Environmental Planning, found that a third of China’s urban residents were exposed to harmful levels of pollution. More than 100 million people live in cities where the air reaches levels considered ‘very dangerous’.”

“’It’s a conservative figure. The real figure could be higher’, Wang Jin’nan, a chief engineer of the academy, told the AFP news agency. ‘These figures all exist, but the local governments do not want us to reveal them.’ Asked for an interview with The Lancet, academy officials declined, saying the matter was ‘too sensitive’.”

“The political implications of worsening pollution are becoming more apparent. Although it does not publish figures on the link between pollution and health, the [Chinese] government admits that respiratory diseases are the leading cause of death in China…” [Pneumonia is called THE “coronavirus” disease.]

“Such health concerns, particularly regarding cancer and birth defects thought to be caused by chemical factories, have been a major factor in a recent wave of protests. Among the latest was the demonstration last month by hundreds of people living in a Beijing suburb against plans to build a factory in their neighbourhood. But similar outbreaks [protests] are occurring nationwide on an almost weekly basis.” [All the protests are gone now; key cities are locked down.]

“This situation is not unique to Beijing. Frequent dirty grey skies are taken for granted in Shanghai, Wuhan, Chongqing, Guangzhou, Shenzhen, and Hong Kong…Water has suffered the same fate as air. Increasingly likely to be exploited for dams and dumpsites, it is estimated that three-quarters of the rivers running through Chinese cities are so polluted that they cannot be used for drinking or fishing.”

“In 2008, it is quite possible that this authoritarian government will restrict traffic and close factories to ensure blue skies for the month of the Olympics. But it will only be a temporary fix. Unless more drastic measures are taken soon, the health costs of pollution will be paid in China for generations to come.”

I can think of a more drastic measure. Claim a new virus is killing people, lock down cities and quarantine 100 million people, and shove all the news about deadly pollution far, far into the background. 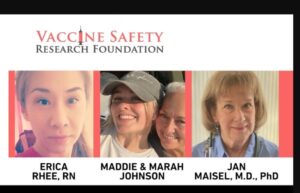 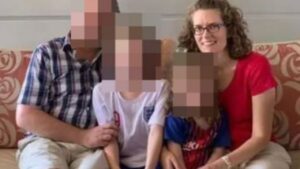