Teen Who Had Heart Attack After Bs 19 Vaccine Tells RFK, Jr.: ‘I Thought It Was Safe’ Teen Who Had Heart Attack After Bs 19 Vaccine Tells RFK, Jr.: ‘I Thought It Was Safe’

Isaiah Harris told RFK, Jr. on the “RFK Jr. The Defender Podcast” that the first hospital he visited after suffering an adverse reaction to Pfizer’s COVID refused to believe his symptoms were a result of the COVID shot.

Hours after attending his college graduation, Isaiah Harris was rushed to the emergency room after complaining of being unable to breathe. Once at the hospital, Harris suffered a heart attack while waiting for treatment.

Harris was diagnosed with inflammation of the heart, or myocarditis. The condition was later attributed to Pfizer’s COVID vaccine — but doctors initially refused to believe his condition had anything to do with the vaccine, Harris told Children’s Health Defense Chairman Robert F. Kennedy, Jr., on the “RFK Jr. The Defender Podcast,

After being hospitalized for four days in Rogers, Arkansas, Harris was released and sent home with medication to numb his heart and reduce the swelling. But when he tried to phone the doctor to say he was still suffering from heart pain, the nurses stonewalled him, he said.

“One of the nurses who treated me picked up,” said Harris. “Some words were exchanged and she ended up hanging up on me and wouldn’t get me through to the doctor.”

About a month and a half later, Harris went to see Dr. Allen Kline at the Cleveland Clinic in Ohio, after being referred by a friend. Kline is aware of the link between mRNA COVID vaccines and myocarditis. He’s witnessed hundreds of cases, said Harris.

Harris told Kennedy he felt pressured to get the vaccine. He said he thought it was safe, that there weren’t any risks.

“I plan on going to medical school and thought it was a requirement,” said Harris. “There’s a lot of pressure to get it right now.”

While Harris hasn’t fully recovered, he said he’s doing a lot better. However, he’s been advised to keep his activity levels low for the next six months, and can do little more than walk his dog.

Account Exec
So much pressure on our precious children to take these evil concoctions. I’m paying my teenage son not get them and hired a lawyer to issue a cease and desist letter to his mother after I discovered she had scheduled him for the first jab. She got her shots and thinks I’m a nutjob. My boy is so confused about all this. NOT ON MY WATCH SON!

Lady Sane
The ‘media’ should hang their heads in shame. The gene line editing drugs are not only unsafe, the entire program is completely unnecessary.
The injured are now forced to develop websites and group campaigns to tell the stories the news outlets are actively censoring
These groups are not small, some have tens of thousands of members

Chelsea Yorkshire
Another example of parents & their children with “a mental age of 12.”
We do not feel sorry for this family. There are thousands of articles out there, penned by medical specialists and serious journalists who have been writing about this fraud for months on end.
There is NO excuse for ignorance, and it’s revealing itself in this interviews and from other stupid American adults.

Blax
Isaiah Harris, thank you for coming forward and publicly speaking the truth! Please, continue to go to medical school and push for doctors to adhere to their oath, “first, do no harm”.
Bless you!

John Hanek
The world’s leading virologist, Luc Montagnier, said on HealthImpactNews that everyone who received the shot will be dead in 2 years. It’s not a vaccine, it’s an mRNA therapy that re-writes your DNA.

kris
thanks for sharing your story get well soon. we pay our taxes, vote, do our best to contribute and thats why its so hard to believe some of these corporations have become so corrupt.

hope big pharma stops putting profits over people but if they dont hope the elected officials start doing their jobs and protecting the taxpayers! a heart attack has always been considered a major life altering event now they will downplay that! and healthy teenagers having heart attacks as a reaction to a “medicine”?!?! totally unacceptable.

DC
Charlie Kirk Turning Point USA is starting a campaign against College mandates on the vaccines. They will be working with lawyers for legal help! 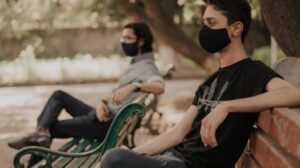 The World Economic Forum Planning To Ensure You Can Be Identified, Tracked, and Not Have To Ever Go Far From Home 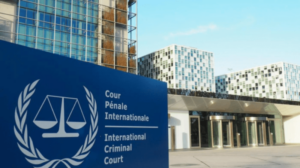 New Evidence, Including a Sworn Affidavit From Prof. Luc A. Montagnier, Has Been Submitted to the International Criminal Court Alleging World Governments Are Complicit in Genocide and Crimes Against Humanity