For over 2 decades the CDC has claimed that “Vaccines Do Not Cause AUTISM”. It’s been headlined in newspapers, social media postings, written on chalkboards, and found plastered on too many websites to mention. It’s been repeated so much that doctors and nurses use that phrase to bully patients into vaccines despite legitimate family history concerns.

Who came up with that CATCH PHRASE and more importantly, IS IT a scientific phrase?

MEANING can the research support the claim that ALL vaccines individually, cumulatively, and unequivocally meet that criteria?

Informed Consent Action Network’s released statement says, “The CDC claims on its website that “Vaccines Do Not Cause Autism.” Despite this claim, studies have found between 40% and 70% of parents with an autistic child continue to blame vaccines for their child’s autism, typically pointing to vaccines given during the first six months of life.

Vaccines given during the first six months of life, according to the CDC’s childhood vaccine schedule, include three doses each of DTaP, HepB, Hib, PCV13 and IPV, for a total of fifteen doses in these six months.

In the summer of 2019, ICAN submitted a Freedom of Information Act (FOIA) request to the CDC for “All studies relied upon by CDC to claim that the DTaP vaccine does not cause autism.”

ICAN also submitted this same request for HepB, Hib, PCV13 and IPV, as well as requesting the CDC provide studies to support the cumulative exposure to these vaccines during the first six months of life do not cause autism.

Despite months of demands, the CDC failed to produce a single study in response to these FOIA requests.

ICAN was therefore forced to sue the CDC in federal court, where the CDC finally conceded, in a stipulation signed by a Federal court judge, that it has no studies to support that any of these vaccines do not cause autism.

In the stipulation, the CDC was only able to identify 20 studies:

Instead, the only relevant study the IOM could identify found an association between DTaP and autism.

“When it comes to autism, vaccines are the one suspected culprit that the CDC claims to have exhaustively investigated,” founder of ICAN, Del Bigtree explains, “yet the CDC could not provide a single study to support that any of the vaccines given during the first six months of life do not cause autism.

“The most recent data from CDC shows that 1 in 36 children born this year in the USA will develop autism,” Bigtree says.11 “This is a true epidemic. If the CDC had spent the same resources studying vaccines and autism, as it did waging a media campaign against parents that claim vaccines caused their child’s autism, the world would be a better place for everyone.”

This is another of ICAN’s numerous victories again federal health agencies regarding vaccine safety.

Prior victories include:
> HHS concedes it has not provided a single vaccine safety report to Congress as required by the Mandate for Safer Childhood Vaccines in the National Childhood Vaccine Injury Act of 1986. ICAN v. HHS, No. 18-cv-3215 (S.D.N.Y.)

> The Federal Food and Drug Administration (FDA) concedes that it does not have any clinical trials to support injecting the flu shot or Tdap vaccines into pregnant
women. ICAN v. FDA, No. 18-cv-11237 (S.D.N.Y.)

> The National Institutes of Health (NIH) concedes that the Task Force on Safer
Childhood Vaccines has not made a single recommendation for improving vaccine safety during the period at issue. ICAN v. NIH, No. 18-cv-2000 (S.D.N.Y.)

> The FDA, pursuant to a FOIA request from ICAN, eventually produced the clinical trials it relied upon to license the current MMR vaccine which revealed that these clinical trials had in total of less than 1,000 participants and far more adverse reactions than previously acknowledged.”
– Tennessee Health Alliance-

The court stipulation and order can be found here:
https://www.icandecide.org/…/Stipulation-and-Order-Fully-Ex… 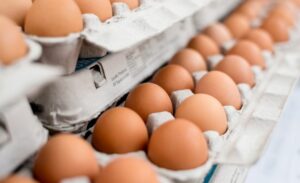 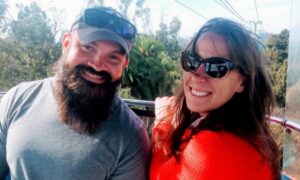 Ashli Babbitt Was Murdered Under the Color of Authority on January 6: Use-Of-Force Expert