The Recovery Must Begin Now 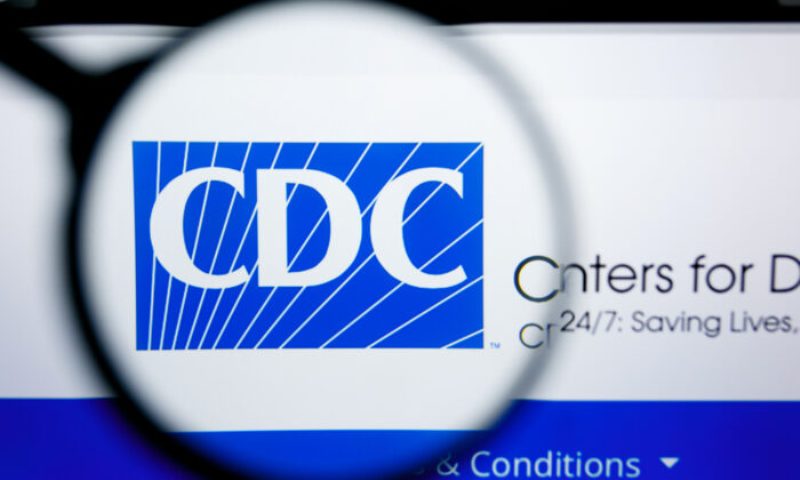 The Recovery Must Begin Now

By Jeffrey A. Tucker

The Centers for Disease Control and Prevention has been the guiding hand throughout the disastrous pandemic response. The influence of this bureaucracy shattered communities, businesses, families, schools, markets, and so much more. It wrecked trust in government, media, and all other institutions like Big Tech. Every person has a story to tell, many of them deeply tragic.

It was not only the greatest public-health disaster in history due to its global impact. The response also affected everything related to economics, education, arts, religion, and culture. It’s preposterous to suggest that this can be ignored. On the contrary, the anger about what happened to us is intensifying.

As just one quick example, I was just at a jazz club in New York City over the weekend. The performer said in passing into the microphone that this concert is much preferred to Zoom. There was a real bitterness in his voice. The audience immediately cheered to the rafters. It’s incredible to consider that this one club, which has been continuously open for many decades, was forced by government to close for many months if not a year. When it opened, it was only for the vaccinated and even then they had to wear masks.

This all happened right here in the land of the free! Remarkable. Outrageous.

And now the CDC has essentially flipped in the other direction. Life can go back to normal, they say. There’s no longer any need to discriminate against the unvaccinated because the vaccines leak and natural immunity is real. Testing is for symptomatic people. We need practices that are not disruptive of community but rather focus on “medically significant” cases.

Good. One only wishes that the CDC had said this two-and-a-half years ago. There was never any other conclusion to this fiasco other than old-fashioned endemicity. Nothing government did could somehow stop that final result. We could have gotten here without the devastation too. There is no other way to spin this except that the CDC has come around to the Great Barrington Declaration.

In some sense, the most significant words in the article are the admission that COVID “continues to circulate globally.” Exactly. Most everyone will get it, no matter what. Even the quadruple-vaxxed CEO of Pfizer has come down with COVID, and one can only hope that his immune system is still functional enough to adapt. That COVID had to circulate globally, essentially forever as with all viruses of this sort, was a given from the beginning, no matter the pronouncements of the zero-COVID crowd.

When I saw the announcement, I did wonder about the implications for overall public opinion. Would the topic just disappear? Would people just let the whole thing wash over and go back to normal, forgive and forget? That’s not my sense at all based on what I’ve seen over the last few days. Quite the opposite. There is now more anger than ever because the CDC has essentially confirmed what the dissidents have said all along.

There’s another factor. The CDC tried to dial back its preposterous policies in a surreptitious manner, with no admission of wrongdoing or error. On the same day that the CDC said this, Anthony Fauci was all over the media bragging about his greatness and how the multitudes admire his dedication to science and integrity. He claims that students are drawn to science for the first time due to his influence. The Fauci Effect he calls it.

That’s a huge mistake. It only inflames public opinion further. This is not only about forcing the bureaucrats to eat humble pie. There is a more substantial cost to this approach. Unless the CDC or some high up confesses, we are not in a position to adopt policies conducive of recovery.

If you are watching Congress now, the opposite is happening. Instead of compensation for the wrecking of small business, Congress is unleashing new regulations and hoards of tax collectors to further eat out their substance. In their investigatory power, they have somehow come to believe that an out-of-hand protest on the Capitol is more important than two and a half years of living hell forced on the whole country that wrecked liberty, prosperity, and the good life. It’s utterly bizarre, a massive diversionary tactic that is as transparently political as it is wildly disproportionate to the actual problems in this country.

Many studies throughout the pandemic compared the effects of social isolation to the symptoms of Post-Traumatic Stress Disorder. That is precisely where the whole country is today, stunned, shocked, disoriented, desperate for answers, furious at the elites, and crying out for justice. The longer time goes on where these are not the priorities but rather government pretends as if all this is fine and so therefore it should ramp up spending and taxing by many trillions more, the more intense public anger will grow.

The most salient effect concerns economics. Our prospects for economic growth are seriously diminished. Look at the labor markets: many enterprises cannot open for extended hours because they cannot find employees. Shortages in grocery stores are the norm. Gas prices are still very high compared with pre-pandemic times. Labor participation is very low. As for investment, it is a terrifying landscape out there now, with small businesses worried about what comes next.

As part of the pandemic response, the Federal Reserve created some $6.3 trillion in hot money that had not previously existed. Just like a virus, this new money has to become endemic in the form of price increases. For a year now, it has sloshed from sector to sector, hitting food then gas then food again and now electricity and housing. It’s hard to predict where it is going to land and how long it is going to last—which is another similarity to the virus. Even with today’s rising financials, which do not show up in the Consumer Price Index, no one can have any real assurance that a new bull market is rooted in fundamentals.

Humankind will be paying the price for this catastrophe for another decade or longer. In summary, the CDC and most governments in the world took on a respiratory virus and made it all vastly worse with everything they did to try to “mitigate” against it.

It is the greatest example of government failure in many lifetimes. Are we really expected not to notice this? Not expected to learn lessons? There is no avoiding this, even if the current Congress has trained itself to pretend not to notice. The pandemic response has defined life on Earth for an entire generation. If humankind has the capacity to learn, it should drive forward a new humility and skepticism of the arrogance of elites.

Maybe it is too soon to expect that now, but it will come eventually. The world is crying out for answers and new ways of doing things. We need a new paradigm that wholly rejects the theories and methods of destruction of these years. We desperately need a new enlightenment that rallies around freedom and human rights without compromise. 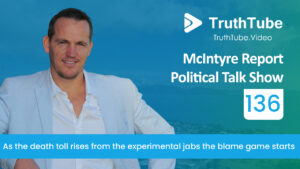 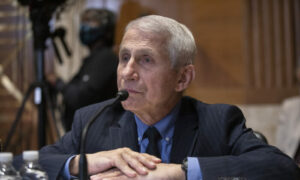 Judge Orders Fauci to Cough It Up