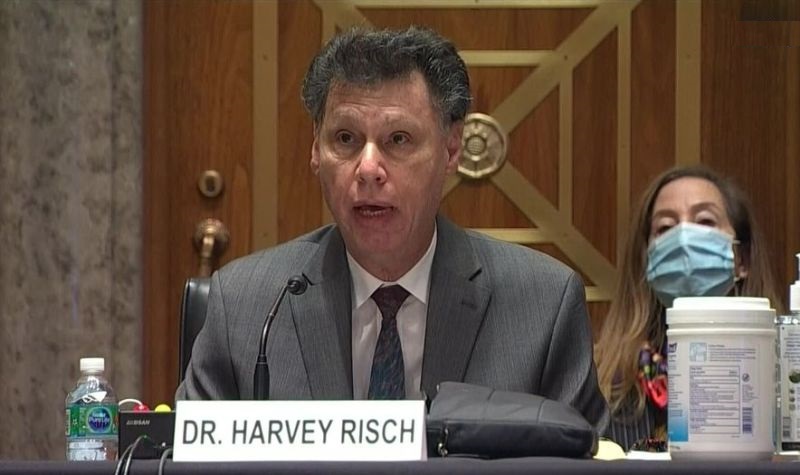 President Biden can claim that COVID-19 remains a “pandemic of the unvaccinated” partly because “the CDC has played fast and loose with a lot of studies and data,” Yale School of Public Health epidemiologist Harvey Risch says.

“We have not been careful or objective with our data,” he told the John Solomon Reports podcast Friday. “We don’t even know, for example, the mortality from COVID,” which the CDC pegs at more than 800,000.

Risch noted the agency told physicians to put COVID on death certificates regardless of whether they think the infection played a role. Hospitalizations have also conflated admissions “with” and “from” COVID, he said.

As a member of a committee advising Connecticut early in the pandemic, Risch urged ignoring case counts and focusing on hospitalizations and deaths. That advice was largely ignored until the current “sky-high” yet mild Omicron variant wave, but now “finally people are waking up to say that the cases don’t matter,” he said.

The U.K. is among countries that more carefully track COVID, according to Risch. Its data show vaccinated adults constitute the majority of cases, “and it’s not a hospitalization of the unvaccinated” either.

While vaccines are a “potential and reasonable component” of COVID mitigation, those developed are “somewhat ineffective” and their large-scale deployment has driven an unexpected number of “mutant strains” extending the pandemic and causing higher mortality, Risch said.

President Biden’s chief medical advisor Anthony Fauci, longtime director of the National Institute of Allergy and Infectious Diseases, not only isn’t trained in public health but “has interests that do not align with the public health interests of the United States,” Risch argued.

Fauci’s opposition to generic anti-pneumonia drug Bactrim during the AIDS pandemic “led to the deaths of 17,000 people in New York City,” Risch alleged. Instead, he recalled, Fauci favored AZT, “a terrible medication that required a treatment against the treatment” but “made large amounts of financial profits” for the drugmaker, “and he’s done the same thing ever since.”

“He’s been canonized” as a public health guru “because of his political abilities, but not because of expertise,” Risch claimed.

The “original sin” of the pandemic is suppressing early outpatient treatment. The U.S. should have “released the strategic national stockpile of hydroxychloroquine” and promoted ivermectin and other inexpensive drugs that are used in combination to take out the “evasive beasts” early in viral infection, he said.

These treatments have been discredited through “fake studies” intended to “distort the playing field” toward expensive patent medications and vaccines, he said.

Among the problems: randomized controlled trials with such a small number of “events” in treatment and control arms that they “could easily happen by chance”; studying healthcare workers who are “too healthy” for treatment to matter; and studying hospitalized patients rather than early outpatient treatment.

“And then you have people like Dr. Fauci and the major media saying, ‘See, here’s the proof that hydroxychloroquine doesn’t work'” based on studies in settings where it’s not intended as treatment, Risch said. The FDA’s website prominently warns against hydroxychloroquine usage in outpatients, with a “small text” disclaimer citing study of hospitalized patients.

“It has no systematic data about hydroxychloroquine use in outpatients because it blocked that usage in March of 2020. “This is a fraud” that has “biased the entire world” against a drug with a better 50-year safety profile than Tylenol or aspirin, Risch said.

The “high-priced” outpatient treatments that did get federal approval are much worse: Molnupiravir is a “dangerous drug,” and Paxlovid is prone to “interactions with other common medications,” Risch charged. (Molnupiravir, for example, has been blocked from India’s COVID treatment protocol for safety issues.)

Federal regulators, medical journals and many doctors have been captured by the pharmaceutical industry, which started with “freebies” in the 1970s and is now holding the purse strings for much research, Risch said.

The FDA’s budget is heavily reliant on these “clients,” and the CDC designs research to reach a predetermined conclusion that it then publishes in its “non-peer reviewed Morbidity and Mortality Weekly Report,” he said. “It looks like science, but it’s not science.” 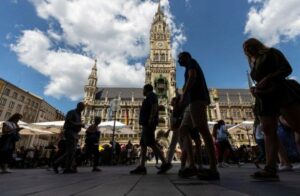 Germany Is Rapidly Heading Towards Recession