By The Corporate Propaganda Antidote

Stew Peters, independent Journalist and the host of Stew Peters Show joins me to discuss the latest revelations in this rapidly unfolding American horror show; the blood work of covid-vaccinated people is showing horrific levels of damage, we also discuss the big steal and the measures being taken in various states to reverse the fraudulent election of Joe Biden.

MirandaFoxtrot
Stew Peters has the Fire in the Belly! What a fighter he is. He has the same concerns I have, like my kids and my grandkids. They deserve better than this world like it is now! I can’t die and leave them behind in this kind of a mess! He’s right, we all have to do whatever it is we can do, this Arizona Audit has to succeed. I live in Texas and I’m not mobile, but I can donate, maybe there is something else I can do, just have to figure it out.

polandae
I think both you and/or Stew should run for Congress.

Grandmaspony2015
Excellent interview! He said everything I want to say.

ATCLEATHALZ24
Awesome interview! Thanks Sean, I’m now also subscribed to Stew Peter’s on Rumble!
You two are a great 1-2 Punch Team!!! Thanks Again!

MirandaFoxtrot
Sean, I’m so glad you have Stew Peters on your show. I discovered him by accident about a week ago and he’s great, a real fighter. Now to hear the 2 of you together discussing facts is like a dream come true. TRUTH abides here tonight!

Foxhaven2000
Fantastic interview! Need to figure how I can help more! God Bless!

POLOMANDY
Both of you need some constitutional lessons. find Josh Barnett for senate on you tube and he can explain how and what you do. Those legislaters were served constitutional notices and affidavits from we the people. They did not do GA or AZ or PA because the legislators wanted to. They will be be served with warrants if they don’t do their constitutional duty.
Works for cps cases and the bar associates. Get educated. MI got 1500 in one day.

LanceHawkeye
Biden is fake. Therefore we are not to follow. The point is to resist and stand. “The plan” is to say no and take back control. We would never stand if Trump was still holding our hands. He warned he was going to hand power back to the people. What Stew mentioned about the names in power that only tweet about problems but do nothing, they are why we were sitting. The revival is real. The greatest show on Earth. imo

“We are the majority, act like it.” – Stew Peters

RichAustin
Great show guys! I too do not “know what it looks like”, but “it’s” coming! I believe the Patriots need a dynamic, charismatic leader to get us all out in the streets. As you said, where is the threshold? I pray we are close! Thanks to both of you for what you do. God Bless! 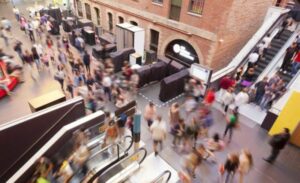 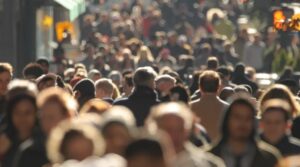 Depopulation Agenda was a Conspiracy Theory?