The US has prevented independent research into the origins of the Covid-19 virus, a report by the Lancet Commission has asserted.

Washington barred the researchers from accessing relevant laboratories and refused to disclose full information on American studies of the virus, the document, published in the British medical journal on Wednesday, outlined.

“Independent researchers have not yet investigated the US laboratories engaged in the laboratory manipulation of SARS-CoV-like viruses,” the report said while discussing the potential origins of the Covid-19 infection. Nor had they gained access to the research conducted at the Wuhan laboratory, which has been considered a possible place where the disease might have originated, the document added.

The US National Institutes of Health (NIH) also “resisted disclosing the details” of the research conducted in America on SARS-CoV-related viruses, which the US government agency has been supporting, according to the report. Eventually, only an “extensively redacted” version of the relevant data was provided, the document said, adding that it contains only as much information that was required by the Freedom of Information act lawsuits.

The lack of the needed data on the virus origins still prevents the researchers from determining the origin of the virus, the paper admits, adding that virtually any hypothesis in this field remains plausible. In particular, it said that “two main possible pathways” of its emergence should still be considered: a natural spillover event, in which a person contracted it from an animal, and a “research-related” incident.

“The search for the origins of the virus requires unbiased, independent, transparent, and rigorous work … supported by all governments,” the report noted. Washington has so far not commented on the Lancet Commission findings.

The exact origins of the Covid-19 virus have yet to be conclusively proven. However, the World Health Organization (WHO) stated in February 2021 that it was most likely transmitted from an animal, possibly a bat, to humans.

Earlier in September, an Israeli study concluded that bats are likely not to blame for the Covid-19 pandemic since there is no compelling evidence proving a link between bats and the disease outbreak. 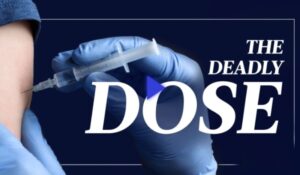 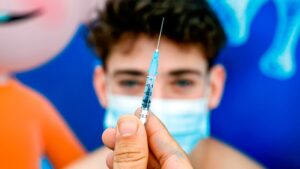 Is It Ethical to Vaccinate the Young to Purportedly Protect the Old?