Vaxxed Bus Rolls Into Santa Monica It is hard to watch. But even harder to live through 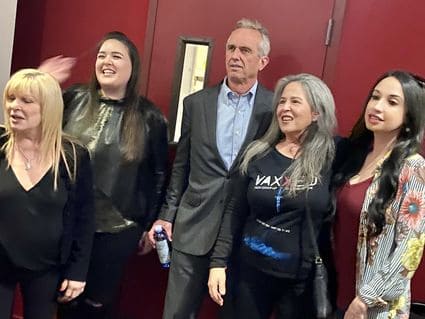 The Vaxxed bus rolls into town. It parks outside of the Laemmle Theater, in downtown Santa Monica. On the outside of the bus, there are nearly 10,000 names. All painstakingly written by hand, a lot of hands. Inside are the echoes of their voices, their tears, their sorrow. Polly Tommey has heard them all. Day after day, week after week, she works from early in the morning, sometimes until midnight, to try and accommodate the crowds. Because, she says, they are desperate for someone to hear their truth, their life. Their stories are different, yet similar, told in pictures, videos, and sometimes by the children themselves. If they can talk. But more typical is the vacant look in the eyes, the eyes that won’t connect, the connection that is the essence of humanity.

There is the story of the triplets. Pictures of them laughing, smiling, holding hands, looking into each other’s eyes. Then the pictures of them after they received vaccines. One by one, they shut down. 10:00, 12:00, 2:00. Their parents tell of the light going out of their eyes, their heads drooping, the inability to connect with life, the way they once could. There are videos of grown men in diapers, with pacifiers. Children who do little else but rock and bang their heads. Teens who were once soccer players and cheerleaders and motorcycle riders, now paralyzed, describing a fire racing through them after receiving the Gardasil vaccine. And the weary, sorrowful faces of their parents, now thrust into the role of caretakers.

It is hard to watch. But even harder to live through. Day and night, the filmmakers listen. Because, Polly says, they have no one else to tell their story to. They can petition to the National Vaccine Injury Compensation Fund, which to date has paid out billions of dollars. But it is little solace for all the lives lost or ruined, and does little to assuage the guilt of the parents who believed they were doing the right thing.

Polly Tommey experienced this herself, when, she says, her son was injured by a vaccine. It was his brother who decided they should make a movie. It was called Vaxxed, and it was set to premier at the Tribeca Film Festival.. At the last minute, it was pulled. Banned. And subsequently, it was banned in many other places; Amazon, Facebook ads, even being sold in big box stores. In a free society, you can watch movies made about anything and everything you can think of, unless it pertains to vaccine injuries.

Today’s event is the screening of the follow-up movie, “Vaxxed 2, the People’s Truth.” This film contains not only the people’s stories, but comments by doctors, scientists, immunologists, nephrologists, biologists, virologists, and epidemiologists; respected people with advanced degrees and years of working in their respective fields. No one you could, with a straight face, call them fringe lunatics. There are charts and graphs of disease outbreaks, and dollar amounts of money to be made in selling vaccines–$50 million a year, and $50 billion selling treatments for the side effects.

The big draw of the evening is the executive producer of Vaxxed 2, Robert Kennedy, Jr. His credentials are impressive: Chairman of the Board and Chief Legal Counsel for Children’s Health Defense, President of Waterkeeper Alliance, and counsel to Morgan and Morgan, a nationwide personal injury practice. He was previously chief prosecuting attorney for the Hudson RIverkeeper, senior attorney for the Natural Resources Defense Counsel, and a clinical professor and attorney at Pace University School of Law’s Environmental Litigation Clinic. He has authored numerous books, including the best-selling “Crimes against Nature.” Time magazine has named him one of their “Heroes for the Planet” for his successful prosecution of environmental polluters. Interviews with him over the course of three days took place in several cities and airports, as he tirelessly crisscrosses the globe to fulfill his father’s mantra: “The purpose of life is to contribute in some way to making things better.”

He does not consider himself “Anti-Vax”, but he thinks there needs to be more discussion, more double-blind studies, and more legal liability. He says that children born in the “Vaccine Generation”, roughly 1989, have a chronic disease rate of 54% vs. 12 % of those born before, according to Health and Human Services. There are more than 300 diseases listed as possible side effects, in inserts from the vaccine companies themselves. They include autoimmune diseases such as fibromyalgia and rheumatoid arthritis, diabetes, asthma, peanut allergies, narcolepsy, ADD, ADHD, autism. language delays, and more. He quotes a rabbi who says “Correlation is not causation under Jewish law. But if correlation happens three times, causation is assumed. And we have hundreds of thousands of stories now from parents who say their children were injured by vaccines. How are we not listening to them? These should be case studies, these should be science. ”

And then there is the censorship of news stories concerning vaccine safety. “We are supposed to be a democracy that respects free speech and the ferment of debate, to produce ultimate empirical truths. Yet even the liberal media, who is supposed to be the antidotes of corporate takeover of our press, have appointed themselves the gatekeepers of keeping dangerous thoughts away from the American people. It’s Kafkaesque. It’s Orwellian. The anger that you can provoke just by bringing up this issue, and all we’re doing is bringing up legitimate questions. “ 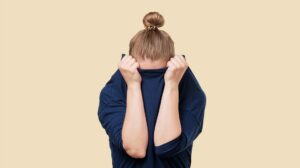 People Fear Questioning What They Have Always Being Told Was True