It’s a number that informed so many of our public policy decisions regarding COVID-19: 3.4 percent.

On March 3, in the early days of the coronavirus pandemic, World Health Organization director-general Tedros Adhanom Ghebreyesus made a remark during a media briefing that guided how we viewed the threat posed by the novel coronavirus.

“While many people globally have built up immunity to seasonal flu strains, COVID-19 is a new virus to which no one has immunity. That means more people are susceptible to infection, and some will suffer severe disease,” Tedros said during the briefing.

“Globally, about 3.4 percent of reported COVID-19 cases have died. By comparison, seasonal flu generally kills far fewer than 1 percent of those infected.”

Now, was this based on incomplete information? Of course.

At some level, it’s difficult to blame individuals working from a very limited data set.

On the other hand, that limited data set influenced how we approached the disease — and it turns out that, if the Centers for Disease Control and Prevention’s current “best estimate” of the COVID-19 death rate is accurate, it’s 13 times lower than the initial WHO claim.

The numbers are based on the newest of “five COVID-19 Pandemic Planning Scenarios that are designed to help inform decisions by modelers and public health officials who utilize mathematical modeling,” the CDC said.

Scenario 5 — the operative scenario at the moment, at least given the data that we have — has some interesting data regarding the death rates for the novel coronavirus.

According to the CDC’s data, the symptomatic case fatality percentage is 0.4 percent.

Reading further into the data reveals it’s even lower than that.

Scenario 5 includes data on “[p]ercent of infections that are asymptomatic.” That, according to the CDC, is 35 percent.

So, do the math: It turns out that means the death rate is only 0.26 percent, according to the CDC’s own numbers.

Now, does this mean the death rate is truly 0.26 percent? Of course not. Even now, we’re in the early days in terms of statistics for the novel coronavirus. However, what’s clear is that, when all is said and done, we’re going to be nowhere close to the 3.4 percent originally predicted by the World Health Organization.

This was predicted by plenty of people at the beginning — including President Donald Trump, who was criticized when he said March 4 that 3.4 percent was “really a false number” and the actual death rate would be “under 1 percent.”

Now, does this mean that the president or any of the others who predicted this are doctors or epidemiologists? No. However, they had a basic understanding of how statistics work. They knew that, in the early days of the virus, with limited testing and limited data, the numbers were going to seem a lot higher than they actually were.

And yet, Tedros wasn’t the only one who thought the death rate for the coronavirus was an order of magnitude higher than current data says it is. In February, Dr. Anthony Fauci, director of the National Institute of Allergy and Infectious Diseases, said it was 2 percent.

“If you look at the cases that have come to the attention of the medical authorities, in China, and you just do the math — the math is about 2 percent. If you look at certain age groups, certain risk groups, the fatality is much higher,” Fauci told Congress, according to CNBC.

There’s a reason this matters.

If there’s a disease that spreads rapidly and has a death rate of 2 or 3 percent, yes, locking down the populace is a reasonable reaction.

If we’re talking about something closer to 0.26 percent, putting the world into a new Great Depression seems a bit of an overreaction.

We don’t know the final death rate for the novel coronavirus yet. One thing’s for sure, though — it’s not 3.4 percent or anything close to that. It might not be 13 times lower, but it’s a lot closer to that than anything predicted at the beginning.

That has a lot of implications going forward, including when we start second-guessing what we did to our society and economy in order to arrest the spread of the disease. 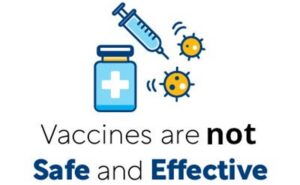 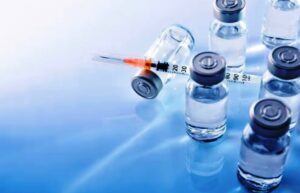 Employer Demanding You Get the Vaxx???