Nobel Laureate: ‘Coronavirus Lockdown Policy Was Huge Mistake, There Will Be a Reckoning’ 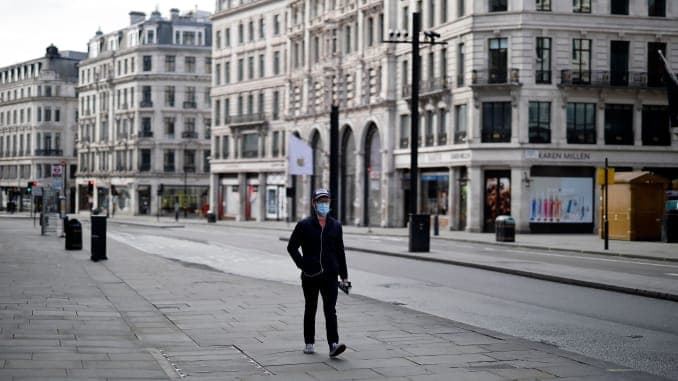 This is a very revealing interview. As the US and UK continue their disastrous ‘lockdown’ policy, derelict politicians and mainstream media pundits are slow to acknowledge the serious damage on the economic and societal fronts building. Leaders seem determined to double-down on what seems to be a failed policy of virus containment even though scientists had already shown that the crisis had in fact peaked some weeks ago.

According to Professor Michael Levitt from Standford University’s School of Medicine, “There is no doubt in my mind, that when we come to look back on this, the damage done by lockdown will exceed any saving of lives by a huge factor.”

In other words, the ‘cure’ of government mandated mass-quarantine is actually worse than the disease. Prof. Levitt also points out that Sweden should be seen as a clear winner in term of its choice to avoid lockdown policy.

Prof Levitt believes the UK was actually on the right path when Boris Johnson had initially unveiled a plan similar to Sweden’s, but was then quickly pressured by a media and political opposition into pursing the self-destructive ‘lockdown’ approach.

“I think the policy of herd immunity is the right policy. I think Britain was on exactly the right track before they were fed wrong numbers. And they made a huge mistake.”

He also added that a lesson learned going forward should be not to accept the diktats of political leaders and their appointed ‘experts’ at face value, while warning that:

“There will be a reckoning. Maybe countries will start to see that they need governments that are not necessarily great in rhetoric, but [who are] actually thinking [when] doing things. I often go back and think about what Socrates said 2,400 years ago, ‘Use your common sense, instead of listening to the rhetoric of leaders.”

As he is careful to point out, Professor Michael Levitt is not an epidemiologist. He’s Professor of Structural Biology at the Stanford School of Medicine, and winner of the 2013 Nobel Prize for Chemistry for “the development of multiscale models for complex chemical systems.” He’s a numbers guy — as he told us in our interview, his wife says he loves numbers more than her — but then, much of modern science is really about statistics (as his detractors never tire of pointing out, Professor Neil Ferguson is a theoretical physicist by training).

With a purely statistical perspective, he has been playing close attention to the Covid-19 pandemic since January, when most of us were not even aware of it. He first spoke out in early February, when through analysing the numbers of cases and deaths in Hubei province he predicted with remarkable accuracy that the epidemic in that province would top out at around 3,250 deaths.

His observation is a simple one: that in outbreak after outbreak of this disease, a similar mathematical pattern is observable regardless of government interventions. After around a two week exponential growth of cases (and, subsequently, deaths) some kind of break kicks in, and growth starts slowing down. The curve quickly becomes “sub-exponential”.

This may seem like a technical distinction, but its implications are profound. The ‘unmitigated’ scenarios modelled by (among others) Imperial College, and which tilted governments across the world into drastic action, relied on a presumption of continued exponential growth — that with a consistent R number of significantly above 1 and a consistent death rate, very quickly the majority of the population would be infected and huge numbers of deaths would be recorded. But Professor Levitt’s point is that that hasn’t actually happened anywhere, even in countries that have been relatively lax in their responses.

He takes specific issue with the Neil Ferguson paper. “In a footnote to a table it said, assuming exponential growth of 15% for six days. Now I had looked at China and had never seen exponential growth that wasn’t decaying rapidly.”

The explanation for this flattening that we are used to is that social distancing and lockdowns have slowed the curve, but he is unconvinced. As he put it to me, in the subsequent examples to China of South Korea, Iran and Italy, “the beginning of the epidemics showed a slowing down and it was very hard for me to believe that those three countries could practice social distancing as well as China.” He believes that both some degree of prior immunity and large numbers of asymptomatic cases are important factors.

Prof Levitt was joining us down the line from Tel Aviv and we had intermittent bandwidth issues which have done our best to edit out. Watch:

(con’t) He also observes that the total number of deaths we are seeing, in places as diverse as New York City, parts of England, parts of France and Northern Italy, all seem to level out at a very similar fraction of the total population. “Are they all practicing equally good social distancing? I don’t think so.” He disagrees with Sir David Spiegelhalter’s calculations that the totem is around one additional year of excess deaths, while (by adjusting to match the effects seen on the quarantined Diamond Princess cruise ship) he calculates that it is more like one month of excess death that is need before the virus peters out.

More generally, he complains that epidemiologists only seem to be called wrong if they underestimate deaths, and so there is an intrinsic bias towards caution. “They see their role as scaring people into doing something, and I understand that… but in my work, if I say a number is too small and I’m wrong, or too big and I’m wrong, both of those errors are the same.”

He believes the much-discussed R0 is a faulty number, as it is meaningless without the time infectious alongside.

“I think the policy of herd immunity is the right policy. I think Britain was on exactly the right track before they were fed wrong numbers. And they made a huge mistake. I see the standout winners as Germany and Sweden. They didn’t practice too much lockdown and they got enough people sick to get some herd immunity. I see the standout losers as countries like Austria, Australia and Israel that had very strict lockdown but didn’t have many cases. They have damaged their economies, caused massive social damage, damaged the educational year of their children, but not obtained any herd immunity.” 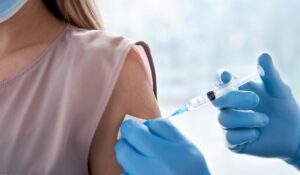 Canadian Women Gets Long C0vid From Taking the Vaxxine and Wants to Be Able to Commit Suicide, Not Realising She Already Did When She Took the Jab- It Just Takes a While 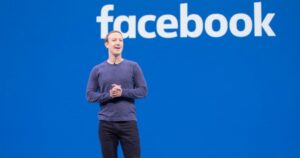