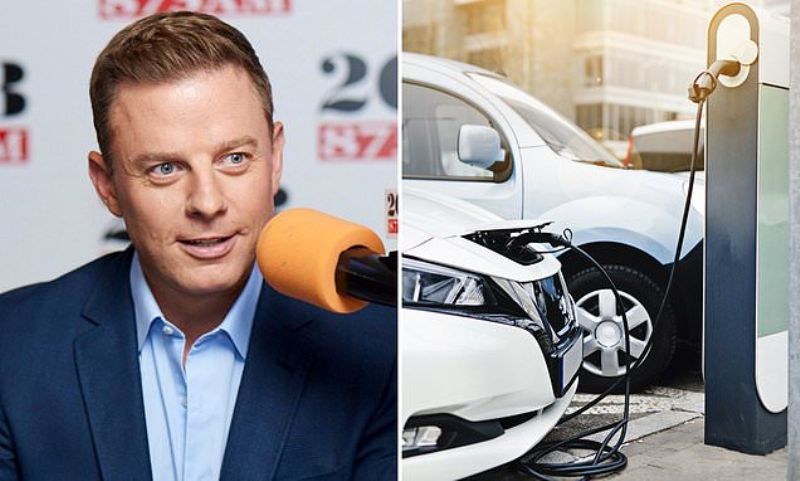 By Ben Talintyre and Sam Mcphee

Radio host Ben Fordham has attacked a plan to ban petrol and diesel cars, asking where the power will come from to make the switch to all-electric vehicles.

The ACT Government announced on Monday it will ban all new petrol and diesel cars from 2035, with fellow Australian states and territories considering following suit.

The 2GB mornings host said the ACT move was impossible for NSW to replicate considering only two per cent of current new car sales are electric.

‘Good luck doing that in Sydney. Six million vehicles are registered in the state of NSW – how are you going to change them all?’ Fordham asked.

He said NSW residents had just been warned to conserve electricity by switching off dishwashers and printers.

‘Last month we were being warned about putting the dishwasher on… office buildings were turning off their lights, companies were telling workers to switch off the printer when the printers not being used,’ he told his listeners.

‘So if we can’t power the printer and the dishwasher, how are we going to power six million electric vehicles?

On Monday the ACT Government confirmed their commitment to ban all new petrol and diesel cars from 2035 to encourage a move to electric-powered cars.

‘Electric vehicles are currently more expensive and at present, there are a lack of choices,’ CEO of the Australian Automotive Dealer Association James Voortman responded.

Shane Rattenbury, leader of the ACT Greens and the Territory’s Minister of Emissions Reduction, will outline a plan later this week that will see 90 per cent of new cars being electric vehicles by 2030. The policy will include a series of incentives and programs.

The Greens share power with Labor in the ACT, which dubs itself ‘the bush capital’ and is one of the most car-reliant major cities in Australia.

The Zero Emissions Vehicle Strategy will see no fuel-powered cars available for purchase beyond 2035 in a bold move designed to move the Territory towards zero emissions.

Transport accounts for about 60 per cent of the ACT’s emissions, with the new program to accelerate its commitment to significantly reducing its carbon footprint.

Mr Rattenbury will reveal the full plan which will set targets of between 80 and 90 per cent of new cars being zero-emission within the decade, with all fossil fuel car sales eliminated by 2035.

Financial incentives will be introduced to help convince residents to trade in their petrol vehicles for clean models.

Greenpeace’s Lindsay Soutar said she hopes the ACT’s announcement will convince other states and territories to follow suit.

‘Phasing out new fossil fuel-powered vehicles in the ACT from 2035 will bring … benefits for residents with cheaper-to-run cars, cleaner, quieter streets and less reliance on foreign oil,’ she said.

‘The ACT is far from alone on the global stage. The UK has already committed to phase out internal combustion engine cars by 2030 and Europe recently committed to a phase-out by 2035 – a pledge matched by many global auto manufacturers.’

Queensland last week confirmed plans to significantly extend its electric charging network to a distance of 5,400km – linking up another 10,000 drivers around the state.

Currently there are $3,000 rebates on eligible electric models for Queensland customers, with Energy Minister Mick de Brenni saying he believes the state will have 50 per cent of all new cars from 2030 be zero-emission.

‘Motorists are seeing the rising costs of liquid fuels and global supply challenges mean it’s more important than ever to give that choice to switch to an electric vehicle,’ he said.

‘We’re going to support that by making sure that we have the energy system that can support the charging and getting those renewable electrons from our solar farms [and] from our wind farms into motorists’ cars.’ 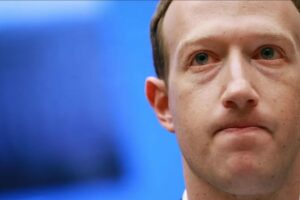