How Google Earth and GPS Works

How Google Earth and GPS Works

HoneyBee
The best flatearth information you can ever get is on this channel.
Maybe when they spray us with chemtrails, the same airplanes film us simultaneously in order to update google earth-maps.
Your fan from Italy.

T S
I know people who actually think Google Earth is shot from space, they think that cartoon ball is real. That’s our education system for you.
A Satellite dish always points towards the closest repeater tower not space.
Signals also can be bounced off the firmament, not into space.

In His Image
Also.,.. funny how live ISS footage shows like 80% cloud coverage over most of the earth so that land masses can’t be made out. But this here google earth hasn’t a single cloud.

In His Image
They must have had a hard time editing out the 1000’s of satellites as you zoom out.

Light Before The Tunnel
Wow the stuff with the Google Earth lead developer being sacked at the end was interesting. Even he said the world can not be spherical and that the Google data didn’t match the NASA data.

Tracy Inches
Strange I was just looking at maps on my iPhone today, and it reverted back to old images, couple years back, back before I put in my new drive way and cut down the trees around my garage. A week ago it had a more current photo, showe the new drive way, but still had the old van in the yard(over a year ago). Nothing is what it seems anymore, only what we are doing and living out in our close knit families. And others that we can trust. The rest of the world is a stage!

In His Image
Have you ever used the measure tool on google earth around the perimeter of Antarctica? Kinda weird.

WarriorforChrist
Well there are some satellites but they are attached to balloons! An interesting rabbit hole is the governments use of astronomical amounts of helium( no pun intended)

Dana Kot
People don’t know that google maps/earth is not live ?..
It literally was written there that it was photographed in 2011 etc with a 360° camera on cars n so on..

Richard Brown
Terry, I rid of my cell phone 12 years ago, when I found out the truth. I knew cell phones were a beacon from day one. Thank you so much Terry!

David
My awakening was when NASA shared new “satellite” assisted measurements of the circumference of Antarctica. However an astute reader noticed the new circumference of Antartica would be larger than the equator! Lol. Impossible in a ball earth but accurate on flat earth. Anyway the question was directed to a physicist to explain why the new NASA measurements were greater than the equator. His answer? Fractals. Lololol. Yes, he said fractals. By that logic, the Island of Manhattan would have a greater circumference than the equator using fractals. It all reminded me of Zeno’s Paradox. According to Zeno you can make a mathematical proof it should be impossible to go from point A to point B because there is as an infinite amount of half the distance. No matter the distance you can mathematically always halve it. Yet we travel from point A to B all the time. The physicist used a form of Zeno’s Paradox when he said the reason for the anomoly was due to fractals. Lololol. 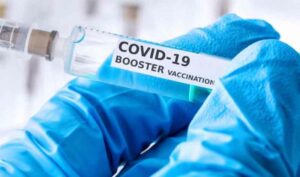 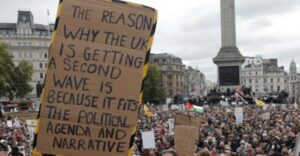