A new global security architecture will emerge following the collapse of the US-centered world, the former Russian president said.

The severe sanctions imposed on Russia by the US and its allies over the conflict in Ukraine will change the existing world order, former Russian president Dmitry Medvedev has claimed.

Medvedev, who is now the deputy chairman of his country’s Security Council, took to Telegram on Friday to point out possible effects of the restrictions that hurt not only Russia, but also those who impose them and the international community as a whole.

A number of “global supply chains” are going to be destroyed by the sanctions, risking “a major logistical crisis,” the official wrote, adding that some Western airlines may also go broke due to being unable to use Russian airspace.

The energy crises in the states that have slapped “self-harming” sanctions on Russian oil and gas will worsen, with energy prices continuing to grow, he predicted.

“A full-fledged international food crisis will emerge with the prospect of famine in individual states.”

“New regional conflicts will break out” in places where tensions have remained unresolved for decades, while “the terrorists will increase their activities thinking that the attention of the Western governments is being distracted by wrangling with Russia,” he wrote.

According to Medvedev, new epidemics could start due to unfair international cooperation in the area and “direct facts of the use of biological weapons.”

Many international bodies, which have proven themselves ineffective in their attempts to settle the Ukrainian conflict, are going to decay, he said, singling out the main European human rights organization, the Council of Europe.

“New international alliances of countries will be formed – based on pragmatic rather than ideological Anglo-Saxon principles.”

In the end, a new security architecture will be created that acknowledges the “weakness of Westernized concepts of international relations,” “the collapse of the American-centered world” and “the existence of internationally respected interests of the countries, which are going through an acute phase of their contradictions with the West,” Medvedev wrote.

The US, EU and some others have slapped several rounds of unprecedented economic sanctions on Moscow since it launched its military offensive in Ukraine. Among other measures, the foreign assets of the Russian Central Bank and various other entities and businessmen have been frozen. Meanwhile, Russia was effectively cut off from the dollar- and euro-dominated money markets, and a wide array of foreign businesses have stopped dealing with the country. 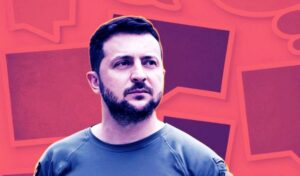