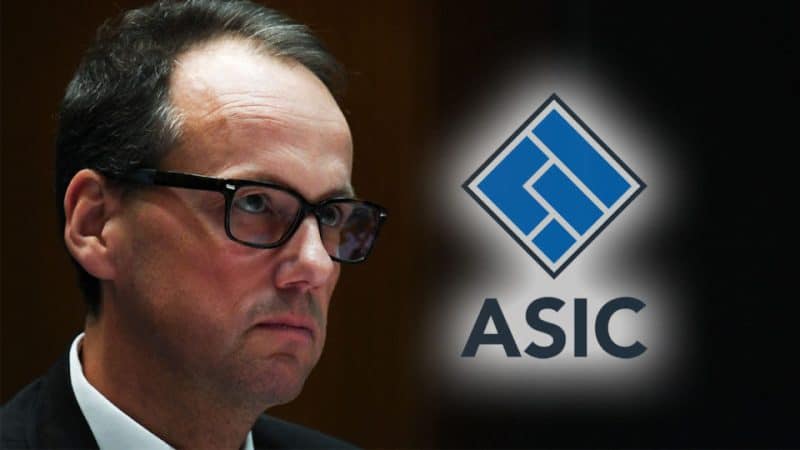 Outspoken political commentator and Author says he isn’t surprised ASIC is dishonest from the top down over its scrutiny of paying hundreds of thousands of dollars to its chief etc. for money not approved.

The Australian Securities and Investments Commission avoided for months running past the Remuneration Tribunal tax expenses it agreed to pay for stood-down Chairman James Shipton, instead using internal lawyers to vet the claim.

In a bombshell announcement to the House of Representatives Standing Committee on Economics on Friday, Mr Shipton said he could not give evidence as he had stood aside from his role over the issue which saw ASIC pay $118,557 in tax expenses despite approval only being given for a $4050 payment.

“I have just advised the Treasurer that is it appropriate that I stand aside pending the outcome of the review,” Mr Shipton told a stunned Parliamentary Committee.

“I will voluntarily reimburse ASIC for the tax related expenses ASIC paid following my 2018 relocation from the United States.”

Also got the deputy

ASIC deputy commissioner Daniel Crennan was also caught out by the review, conducted by the Australian National Audit Office, over ASIC’s payment of $70,000 in relocation costs following his move from Melbourne to Sydney for the commission in 2019.

Mr Crennan has since agreed to repay the money “as a debt to the Commonwealth,” Mr Shipton said.

Mr Shipton was headhunted for the lead role at ASIC after spending a number of years in America at Harvard University and previously at investment bank Goldman Sachs. As part of his package to return home, ASIC agreed to pay some of his costs for winding up his tax affairs in the US.

In a letter to Treasurer Josh Frydenberg, ANAO detailed the complex negotiations over Mr Shipton’s tax costs. Initially ASIC approved a payment of only $4050 which was later increased to $9500 after KPMG advised that the true cost would be closer to $70,000 which ultimately blew out again to $118,557.

Instead of running its plans past the Remuneration Tribunal, ASIC then relied on internal lawyers’ advice and went ahead to cover Mr Shipton’s total tax costs. ANAO caught wind of the deal and called it out in its 2018-19 annual report, which was issued this August.

ASIC was then formally notified of its concerns by ANAO. “The first time we were made aware of … the seriousness of their concerns … was when we were considering signing off the financial statements on the 10th of September,” Karen Chester, who is now standing in for Mr Shipton, told the Parliamentary Committee.

“ASIC acknowledges that action in relation to this matter, first raised in the ANAO’s 2018-19 Closing Report, should have taken place more promptly.”

However, despite ASIC being told of ANAO’s concerns in mid-September, the Auditor General apparently did not formally tell Mr Shipton and the Treasurer of his view on the payments until October 22. Mr Shipton stood down a day later.

But there was confusion about when the Treasurer knew about it – with Ms Chester telling the Committee on Friday that the Treasurer received an email from the Auditor General about it on September 15.

That was more than a year after ASIC had agreed to stump up Mr Shipton’s tax expenses.

“Email correspondence provided by ASIC indicates that on 11 October 2018 advice provided to the Chair by ASIC was that the full amount would be paid by ASIC given it fitted within the overall relocation limits discussed with Treasury and the services fitted within the definition of tax briefings and returns,” ANAO’s letter to the Treasurer said.

It is not clear how Treasury agreed to the deal as Mr Shipton’s complex tax arrangements “may have been required regardless of relocation and therefore fall within the definition of Total Remuneration in the relevant Determination,” ANAO said.

“As well as the … completion of Australian and US tax returns, the KPMG invoices describe the services rendered as encompassing “tax advice on personal investments”, “optimisation of the Australian taxation of foreign exchange gain or loss in foreign bank accounts” and “assistance in respect of resolution of Massachusetts State tax notices and penalties due to late filing of 2017 Massachusetts state tax return”.

ANAO was “unable to obtain any documentary evidence that a confirmation of the services provided occurred prior to payment by ASIC”.

Mr Crennan was reimbursed over two years for moving from Melbourne to Sydney to the tune of $750 a week for accommodation.

“As the matters identified by the Auditor-General relate to the Accountable Authority of ASIC, I have asked the Treasury to undertake an independent review into the findings of the ANAO financial statements audit,” Mr Frydenberg said in a statement.

ASIC and other agencies connected for the deep state ..Government or media corruption or launches a political party pretty much.

Mr McIntyre alleges that ASIC target businessmen, the media or competitors suggest, many who dare enter politics, to tie them up legally for years, based on frivolous claims.

Think Clive Palmer after he launched his political party. They have been targeting him for years and still continue to do so.

They targeted Billionaire Andrew Forrester for over 5 years to he beat them in Court “because he was outspoken, says Jamie McIntyre.
He went on to say “They stole tens of millions of my land projects 5 years ago and other assets from me. (They then allow their mates, via friendly liquidators they appoint, to buy valuable land assets for pennies on the dollar, so they now own property worth a fortune whilst investors are left in financial ruins.)

This was nothing but part of the Government trying to silence myself, and was done to destroy the funding for my growing political party back in 2015 and the Australian National Review, a not for profit news media company I started to expose Government corruption and mainstream media propaganda and lies.

They invented technical matters to appoint liquidators to land projects after Fairfax media who they colluded with, had planted fake new stories claiming investors had lost money.

Yet no money had been lost and investors stood to enjoy large windfalls.

ASIC stole the assets from me and investors and then had the hide to frame me for the losses they and Fairfax spend years to steal.
Then their dodgy mates bought them off the liquidators, who refused to allow them to be sold to developers who guaranteed no investors would have lost.

The problem many of us face is we were raised to be “Honest Ethical People” he went on to say.

Yet we are up against dishonest dodgy corrupt spivs inside the media and ASIC and their friendly liquidators and friendly Judges.
This corruption needs to be exposed and compensation paid to not just my investors and myself but ASIC has caused the losses of more investors monies than any single other entity in Australia.
Yet the laughable thing is they are meant to “Protect Investors”.

“ASIC is nothing but a corrupted Govt money-making racket (making over half a billion a year it excessive fees).
So for them being caught out recently for their actions isn’t surprising.”

“Dig a little deeper and you’ll find tens of thousands of everyday Australians lives who have been financially devasted by the dodgy and incompetent ASIC“. But compared to the elite paedophiles operating in the highest levels of Australian Government and the court system then it’s nothing in comparison”, McIntyre said. 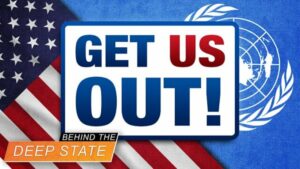 Congressmen File Bill to Withdraw From UN, Restore US Sovereignty 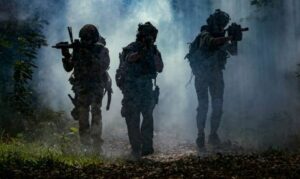 Do You Believe That, “White Hats Exist & There is a Secret Military Operation of Good Guys Helping Humanity Awaken, Despite The Enemy also Creating Imposters & Controlled Opposition to Mislead Global Freedom Movement?