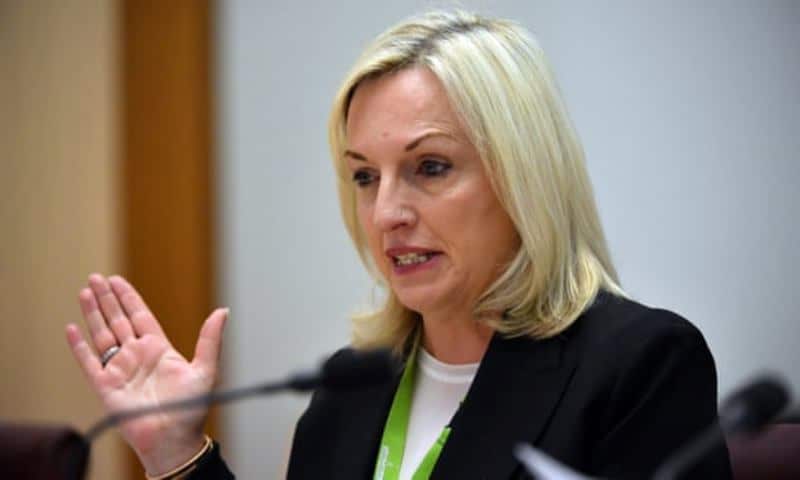 The Australia Post chief, Christine Holgate, has been stood down and the board put on notice pending an investigation into how the organisation spent $12,000 on Cartier watches as a reward for four senior managers.

Scott Morrison moved on Thursday to stem the damage from revelations in Senate estimates hearings earlier in the day, saying he had taken immediate action because he was was “appalled, it’s disgraceful and it’s not on”.

Morrison said Holgate, a former chief of the Blackmores vitamin company who joined Australia Post three years ago, had been instructed to step aside during the investigation. “If she doesn’t wish to do that, she can go,” he said.

The communications minister, Paul Fletcher, and the finance minister, Mathias Cormann, later issued a statement saying Holgate “will be standing aside from her position” while the investigation is carried out over the next four weeks.

The snap review, to be conducted by the communications and finance departments with help from an external law firm, will report back to cabinet for decisions on further action.

The prime minister indicated the government was prepared to take action against board members if the investigation found gaps in governance.

The chair of Australia Post, Lucio Di Bartolomeo, said on Thursday night that the board and management team would “fully cooperate” with the investigation. The chief financial officer, Rodney Boys, would be acting chief executive, he said.

Earlier, under questioning from Labor, Fletcher told parliament he was “as shocked and concerned as everybody else” to learn of the spending.

Fletcher said he had asked Di Bartolomeo, who has been chair since November 2019, to provide the full support of the company for the investigation.

Australia Post bought four Cartier watches in October 2018 as a reward for four senior managers who helped secure a deal to allow more people to do their banking at post offices, estimates heard on Thursday.

“There were a small number of senior people who had put an inordinate amount of work in and they did receive an award from the chair [and] myself on behalf of the board,” Holgate said. “They were Cartier watches of about a value of $3,000 each.”

John Stanhope, who was chair at the time, told the Australian Financial Review on Thursday he would cooperate with the investigation but added: “Quite frankly, I can’t remember authorising it back in October 2018.”

Holgate told estimates she was not one of the recipients but the purchases were organised through her office. During the hearing, Holgate and her chief financial officer were unable to shed light as to which corporate credit card the payment was made through.

Asked by the Labor senator Kimberley Kitching whether it was appropriate to use taxpayers’ money to buy Cartier watches for already highly remunerated Australia Post executives, Holgate insisted it was not public money.

“I have not used taxpayers’ money,” she said.

“We do not receive government funding. We are a commercial organisation … It was a recommendation from our chair that these people get rewarded.”

Australia Post is fully owned by the federal government and classed as a government business enterprise, similar to NBN Co. It paid a $21m dividend to the government last financial year, its annual report says.

Holgate named the four recipients of the watches as including Gary Starr, an executive general manager, who participated in Thursday’s estimates hearing.

Kitching asked Starr, joining the discussion by video link, whether he was wearing the watch right now. “No, I am not, senator.”

Holgate said the watches were purchased in Melbourne, but she would have to take on notice a question about whether fringe benefits tax was declared on the gifts.

“I’m assuming so because our finance team are very vigilant about going through fringe benefits tax,” she said.

Labor’s communications spokesperson, Michelle Rowland, said the gift was unacceptable and called on the government to “clean up” the Australia Post board.

“This largesse is a symptom of broader problems at Australia Post and how management is out of touch with workers,” Greg Rayner, the national secretary of the CEPU communications union, said.

“The pressure for posties and workers has been enormous, with mounting delivery backlogs due to the new reduced service model.”

Australia Post representatives rejected claims from Labor that postal services had deteriorated as a result of changes made after the coronavirus pandemic began.

The “Alternating Delivery Model” announced in May – which saw posties trade their bikes for vans to cope with the increased load of parcels, and the frequency of letter deliveries cut – has faced pushback from postal workers.

Australia Post said the changes were necessitated by change in trends caused by the pandemic and the need for Covid-safe practices.

Australia Post told the hearing the total value of incentives awarded last financial year was $97.4m, although that included $21.6m in “thank you” payments to frontline workers for continuing to provide services through the pandemic.

But the board said it had decided not to pay incentive payments to Holgate and executive general managers for the 2019-20 year.

Holgate, who joined Australia Post in 2017, replaced former long-term boss Ahmed Fahour, who resigned after a dispute with the Turnbull government over his $5.6m remuneration package, and after what he called “very hurtful” comments about his his religion from Pauline Hanson.

Holgate received total remuneration of $1,614,470 from Australia Post in 2020, the annual report says. She is a member of the Collingwood Football Club’s board and is co-chair of the ministerial advisory council for trade. 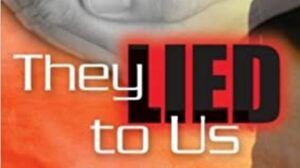 They Lied to Us 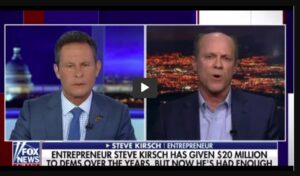