Bitcoin is now Worth more than Visa and Mastercard Combined Bitcoin is now Worth more than Visa and Mastercard Combined.

Bitcoin (BTC) did more than hit $60,000 per coin last week — it also became worth more than the world’s three biggest banks combined.

At its all-time highs of $61,700, Bitcoin’s market cap was roughly $1.15 trillion. The combined market cap of JPMorgan Chase, Bank of America and the Industrial and Commercial Bank of China is $1.08 trillion.

The achievements do not stop there: Visa and Mastercard, the biggest payment networks, have a combined market cap of $871 billion, also now significantly less than Bitcoin.

Since then, BTC/USD has seen a slight pullback, bringing its market cap down to $1.03 trillion, still holding the significant trillion-dollar-asset title.

That level was previously tipped by analysts as a likely consolidation zone, something that remains the case after Monday’s dip took Bitcoin back below its previous all-time high set in late February.

Its ascent, others have noted, is impressive — Bitcoin went from zero to $1 trillion in network value 3.6 times faster than Microsoft, for example.

Analyzing the market cap data, on-chain analytics resource Ecoinometrics added that as of Saturday, Bitcoin equaled 45% of the gold held in investment vehicles and 10% of the physical gold market as a whole.

To eclipse gold entirely, something that is already a topic of debate among market participants, BTC/USD would need to trade at $590,000. 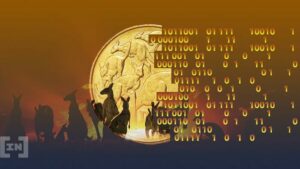 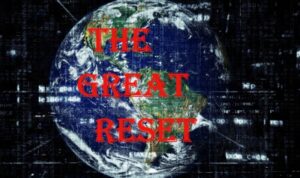 As Much as We Might Like the Idea of Renewables & Sustainable Energy – The Facts Are It’s neither Sustainable or Anymore Renewable Then Supposed Fossil Fuels. Therefore Is It More About Agenda 2030 and Globalists Great Reset and Control Over Our Lives?