Beijing has rejected claims by the US space chief that China might be contemplating a takeover of the Moon as part of its military space program, and accused Washington of seeking to turn space into a “warfighting domain.”

NASA Administrator Bill Nelson told German newspaper Bild in an interview published on Saturday that the world must “must be very concerned” about China potentially “landing on the moon and saying: ‘It’s ours now and you stay out.’”

Chinese Foreign Ministry spokesman Zhao Lijian responded to the accusations on Monday, saying this is “not the first time that the head of the US National Aeronautics and Space Administration has ignored the facts and spoken irresponsibly about China.”

“The US side has constantly constructed a smear campaign against China’s normal and reasonable outer space endeavors, and China firmly opposes such irresponsible remarks,” he added, claiming that China has always stood against weaponization and promotes the shared future of humanity in outer space.

When asked to clarify what military purposes China could be pursuing in space, Nelson said Chinese astronauts are learning how to destroy other countries’ satellites, and claimed that the competition for the south pole of the Moon will be especially intense. He also said that by 2035, Beijing could finish construction of its own Moon station and start experiments a year later.

The 79-year-old NASA chief has long been a critic of China’s ambitious space program, despite Beijing’s assurances that it has purely peaceful purposes. In April, he accused Beijing of refusing to work with the US and concealing important data, even though the 2011 Wolf Amendment prohibits NASA from direct cooperation with Chinese scientists without congressional authorization.

While defending China’s space program, Zhao claimed the US has its own “dirty record” of creating space junk, developing offensive space weapons, and inciting space arms races by openly declaring outer space as an “operational frontier” and a “warfighting domain.” 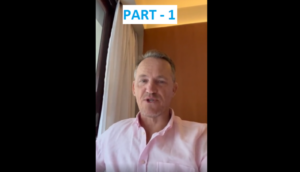 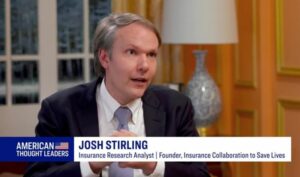