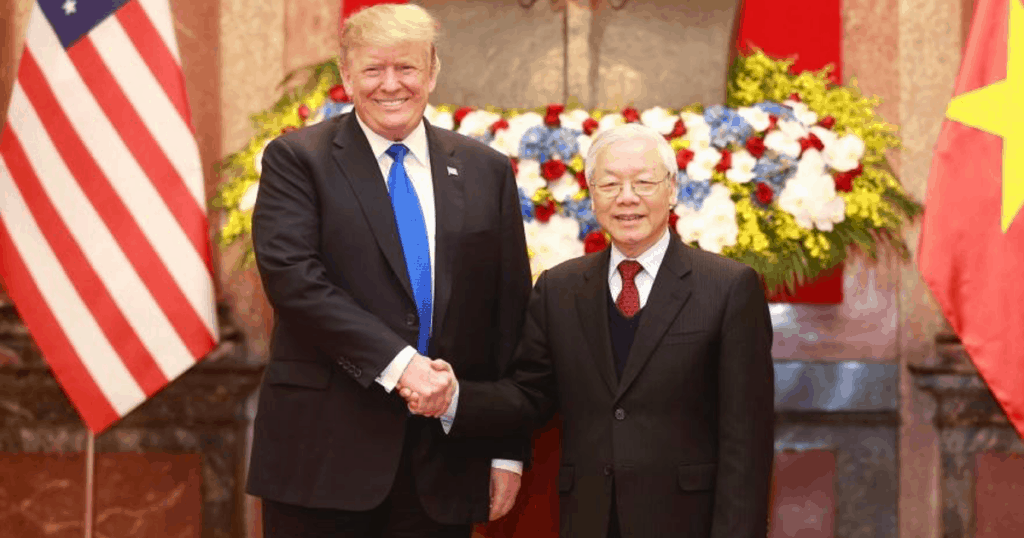 ​President Trump is currently having a second meeting with North Korea’s communist dictator Kim Jong-Un. Hoping to be awarded the Nobel Prize for Peace, Trump is hoping to enter into an agreement with the Korean Reds to finally bring a formal end to the Cold War-era Korean War. The meeting is being held in Hanoi, Vietnam, the capital of the country that the U.S. government also waged war against during the Cold War.

Prior to the meeting, people were treated to a publicized spectacle in which Trump and Vietnam’s communist rulers signed a trade agreement, one that included a multimillion-dollar purchase of jets by the communists from U.S corporation Boeing.

An obvious question arises: Why is the president of the United States negotiating trade agreements for U.S. businesses? Who elected him to be an agent for American business and industry?

The answer is that Trump, like other Republican and Democrat statists, believes that it is the job of government officials to manage trade, both domestic and foreign. The libertarian notion that trade is no business of the government just doesn’t enter into the minds of statists.

One irony is that the statist mindset is no different here in the United States than it is in socialist regimes like Vietnam. After all, notice that it was Vietnamese communist officials who were doing the signing at their end. The libertarian notion that trade is no legitimate business of government doesn’t enter into their minds either.

Another irony of Trump’s visit to Vietnam is that it serves as a reminder of the lies and paranoia that undergirded the Cold War, when the U.S. national-security establishment was telling Americans that the communists were coming to get us as part of a supposed worldwide communist conspiracy that was supposedly based in Moscow.

Two of the principal components of the national-security state — the Pentagon and the CIA — maintained that if the U.S. government did not intervene in Korea’s civil war and Vietnam’s civil war, other “dominoes” would begin falling to the communists, until finally the Reds would end up conquering the United States and taking over the reins of the federal government, including, of course, the IRS.

That’s how the United States ended up sacrificing some more than 100,000 men in those two wars, many of whom had been conscripted, i.e., forced to “serve.” (Trump was one of the lucky or smart ones. Bone spurs supposedly in his feet enabled him to avoid being sent to Vietnam to prevent the dominoes from falling to the commies.)

President Kennedy was the only president who came to the realization that the Cold War was just a crock. That was reflected by his famous Peace Speech at American University in June 1963, where he stated that the communist world and the non-communist world could peacefully coexist and maintain normal and friendly relations notwithstanding their ideological differences.

The national-security establishment was livid over what they considered was Kennedy’s naiveté and grave incompetence. In their minds, peaceful coexistence between the United States and the Soviet Union and the rest of the communist world was impossible. As far as they were concerned, this was going to be a war to the finish, with a winner and a loser. There could be no compromise with the Reds.

And yet, Trump’s trip to Vietnam confirms that Kennedy was right and that the Pentagon and the CIA were wrong. North Vietnam ended up defeating the United States in the Vietnam War and ended up uniting the country under communist rule. To this day, Vietnam continues to be ruled by a communist regime, and a brutal one at that. But the dominoes never fell. While the United States has been ruled by a succession of statist politicians, both Democrat and Republican, the U.S. was never taken over by the Reds. And today, U.S. officials, including the President and those in the Pentagon and the CIA, play nice with the Vietnamese communists.

Which brings up Cuba, another communist regime. During the Cold War, the Pentagon and the CIA steadfastly maintained that Cuba was a communist dagger pointed at the neck of the United States. Their mindset was that if the communists were permitted to remain in power in Cuba, the United States could not survive.

That’s why the U.S. government ended up imposing a brutal embargo against Cuba. It’s also why the CIA initiated a U.S.-sponsored invasion of Cuba, exhorted Kennedy to bomb and attack the island under false pretenses (i.e., Operation Northwoods), engaged in repeated assassination (i.e., murder) attempts, in partnership with the Mafia, against Cuban leader Fidel Castro, and initiated acts of sabotage and terrorism inside Cuba. It is worth noting that Cuba never attacked the United States or even threatened to do so. The U.S. government has always been the aggressor in its forever war against Cuba.

Kennedy came to the realization that the national-security establishment’s anti-Cuba obsession was as much a crock as its anti-Russia obsession. In fact, at the very time he was assassinated, Kennedy had a personal emissary meeting with Fidel Castro with the intent of normalizing relations with Cuba. Needless to say, Kennedy’s assassination brought that aim to an immediate end.

A question naturally arises:Why does the U.S. government still maintain its Cold War embargo against the Cuban people? The Cold War racket supposedly ended in 1989. Why is the U.S. national-security establishment still as obsessed with Cuba as it is with Russia? After all, Cuba didn’t kill 58,000 American soldiers, like the Vietnamese communist regime did. If Trump, the Pentagon, and the CIA can make nice with Vietnam’s communist regime, why is it necessary to continue having an antagonistic and destructive relationship with Cuba?

The answer partially lies in the mindsets of such Cold War dead-enders as John Bolton and Eliott Abrams, who Trump has brought into his administration (or that the Pentagon and the CIA assigned to the White House). These two guys are obviously still living in a Cold War time warp, one that has clearly warped their thinking, to the point that they’ve got Trump tightening the screws on Venezuela and Cuba for the purpose of regime change while he makes nice with the Vietnamese Reds and embraces North Korea’s communist dictator.

It’s time for the American people to put a stop to all this statist nonsense. No more government-managed trade agreements and no more sanctions, embargoes, interventions, and regime-change operations. Free Americans to travel wherever they want and trade with whomever they want. Stop the interventionism, dismantle the national-security state, and restore a limited-government republic to our land. It’s time for America to lead the way toward liberty, morality, and prosperity and permanently consign the Cold War Dead-enders to the dust bin of history. 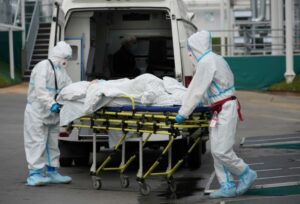 Whilst you were Distracted by Boris Resigning, the UK Gov. Quietly Published a Report Confirming the Vaxxinated Account For 94% of all COV-19 Deaths Since April, 90% of Which were Triple/Quadruple Jabbed 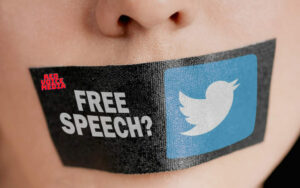