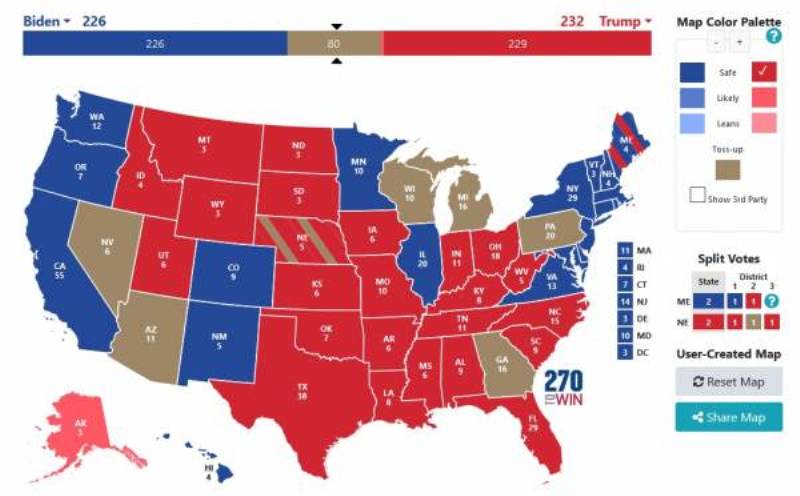 Current status of USA Election which determines the next either

THIS is why this election is so VERY IMPORTANT to every allie and every western republic / democratic country of the world.

PS: I am NOT politically biased, I don’t like Trump, but I DO want to preserve sovereignty, nationality, individuality, and democracy. He stands for this too and he is the only true political power in the world with any chance of halting, changing or hopefully completely stopping the Globalist/Socialist One Govt World and Associated UN and WEF Agendas, where you and I have no value to them, at all.

Based on actual results and accounting for states currently not called, still counting, recounting, under investigation or audit, or states with election issues now in the courts, President Trump is winning the 2020 Presidential Election.

Per consideration for all the states still in question, President Trump is currently winning the 2020 election.

Here is what we already know.  A number of states have been called but a number are still in question.  Here is a list of those in question.

Pennsylvania – although the current counts show Biden leading there is so much corruption in this state that it is likely that this state will never come to a transparent and agreed upon decision on who wins this state.  President Trump was up by 700,000 votes on election night but more than a million ballots were added since that which eventually stole the election for Biden.  The President has a clear path to victory once the illegal votes are addressed.

Wisconsin – this state as well now shows Biden in the lead but early in the morning after the election more than 100,000 votes magically appeared in Milwaukee.  The current lead for Biden is only 20,000.  If these votes or the exception in the numbers in Rock County are addressed, Trump will likely win this state by a large margin.

Michigan – this state is as well full of fraud.  Lawsuits are in place.  In addition there were over 100,000 votes dumped in Detroit and the lead here was stolen from Trump as well.  Once the illegal votes are eliminated President Trump has a very good chance of winning this state as well.

Georgia – this state too has much fraud.  The President was winning this state on election night by 100,000 votes.  But after the election a program was put in place to basically harvest a number of ballots.  Now Biden leads in this state as well.  Once the harvested ballots are thrown out, this state will go to Trump as well.

Nevada – there is much fraud here as well.  Signatures were not verified on hundreds of thousands of votes.  It is likely that President Trump will win this state if any of the ineligible votes are eliminated here as well.

Arizona – no one knows what the hell is going on here.  Due to the delays in counting and recording a winner, it is likely this state is being stolen from President Trump as well.  What a mess.

Alaska – this still hasn’t been called but it is clearly a red state and should have been called on Election night.  No doubt more monkey business going on here as well.

In spite of all the fraud, the President currently has more roads to win the election than Biden: 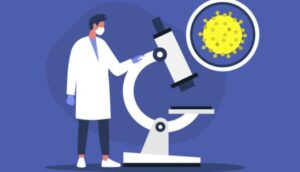 Are the Media and Australian Government Covering Up the Ever-Increasing Deaths and Serious Injuries From the BS 19 Deadly Medical Experiment? 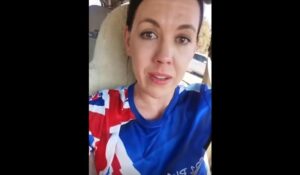 This Is Painful To Watch, yet Resonates With So Many of Us, Watch and Share, Support Her!