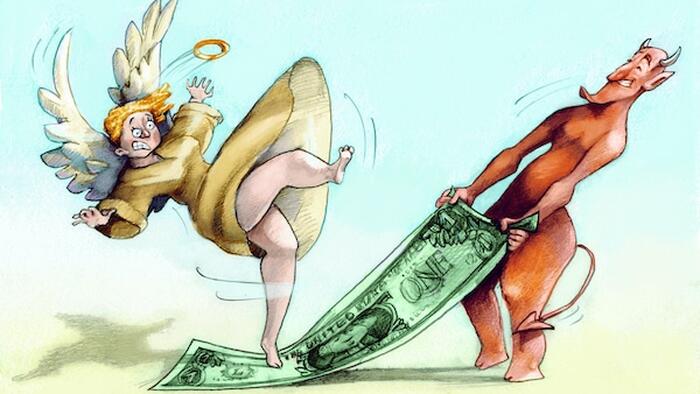 Excerpt: “In short, the US government is fast approaching the financial endgame. It needs to raise interest rates to combat out-of-control inflation… but can’t because it would cause its bankruptcy.

In other words, it’s game over.

I suspect it could all go down soon… and it’s not going to be pretty.

It’s going to result in an enormous wealth transfer from you to the parasitical class—politicians, central bankers, and those connected to them…”

You often hear the media, politicians, and financial analysts casually toss around the word “trillion” without appreciating what it means.

A trillion is a massive, almost unfathomable number.

The human brain has trouble understanding something so huge. So let me try to put it into perspective.

If you earned $1 per second, it would take 11 days to make a million dollars.

If you earned $1 per second, it would take 31 and a half years to make a billion dollars.

And if you earned $1 per second, it would take 31,688 years to make a trillion dollars.

So that’s how enormous a trillion is.

When politicians carelessly spend and print money measured in the trillions, you are in dangerous territory.

And that is precisely what the Federal Reserve and the central banking system have enabled the US government to do.

From the start of the Covid hysteria until today, the Federal Reserve has printed more money than it has for the entire existence of the US.

For example, from the founding of the US, it took over 227 years to print its first $6 trillion. But in just a matter of months recently, the US government printed more than $6 trillion.

During that period, the US money supply increased by a whopping 41%.

In short, the Fed’s actions amounted to the biggest monetary explosion that has ever occurred in the US.

Initially, the Fed and its apologists in the media assured the American people its actions wouldn’t cause severe price increases. But unfortunately, it didn’t take long to prove that absurd assertion false.

Of course, they were dead wrong and knew it—they were gaslighting.

The truth is that inflation is out of control, and nothing can stop it.

Even according to the government’s own crooked CPI statistics—which understates reality—inflation is breaking through 40-year highs. That means the actual situation is much worse.

No Inflation Without Representation

The US federal government’s deficit spending and debt are the most significant factors driving this money printing, resulting in drastic price increases.

The US federal government has the biggest debt in the history of the world. And it’s continuing to grow at a rapid, unstoppable pace.

It took until 1981 for the US government to rack up its first trillion in debt. After that, the second trillion only took four years. The next trillions came in increasingly shorter intervals.

Today, the US federal debt has gone parabolic and is well over $30 trillion.

And that’s with the unrealistic assumption that it would stop growing.

The truth is, the debt will keep piling up unless Congress makes some politically impossible decisions to cut spending. But don’t count on that happening. In fact, they’re racing in the opposite direction now that they’ve normalized multitrillion-dollar deficits.

Below is a chart of the Congressional Budget Office’s deficit projections for the next decade. These estimates will almost certainly be too rosy, as they often are.

Even by the CBO’s optimistic projections, the US government will have a cumulative deficit of over $15 trillion for the next ten years.

So, who is going to finance these incomprehensible shortfalls? The only entity capable is the Fed’s printing presses.

Allow me to simplify it in three steps.

Step #1: Congress spends trillions more than the federal government takes in from taxes.

Step #2: The Treasury issues debt to cover the difference.

Step #3: The Federal Reserve creates currency out of thin air to buy the debt.

In short, this insidious process is nothing more than legalized counterfeiting. It’s taxation without consent via currency debasement and is the true source of inflation. Mainstream media and economists perform incredible mental gymnastics to conceal and justify this fraud.

As long as the average person doesn’t notice the rising prices, the system works well. However, once the price increases become painful enough, it creates political pressure for the Fed to combat inflation by raising interest rates.

The Fed Has a Serious Problem This Time

The amount of federal debt is so extreme that even a return of interest rates to their historical average would mean paying an interest expense that would consume more than half of tax revenues. Interest expense would eclipse Social Security and defense spending and become the largest item in the federal budget.

Further, with price increases soaring to 40-year highs, a return to the historical average interest rate will not be enough to reign in inflation—not even close. A drastic rise in interest rates is needed—perhaps to 10% or higher. If that happened, it would mean that the US government is paying more for the interest expense than it takes in from taxes.

In short, the Federal Reserve is trapped.

Raising interest rates high enough to dent inflation would bankrupt the US government.

In short, the US government is fast approaching the financial endgame. It needs to raise interest rates to combat out-of-control inflation… but can’t because it would cause its bankruptcy.

In other words, it’s game over.

They have no choice but to “reset” the system—that’s what governments do when they are trapped.

Imagine a spoiled child playing a board game, and rather than admit he is losing, he flips the board. This is what governments will do now that they are financially checkmated. They can’t win, even in their own rigged game, and now are left with the choice of losing power or flipping the board. Since power does not relinquish itself voluntarily, we should presume they’ll choose to flip the board.

The current monetary system is on its way out. Even the central bankers running the system can see that. So they are preparing for what comes next as they attempt to “reset” the system.

I suspect it could all go down soon… and it’s not going to be pretty.

It’s going to result in an enormous wealth transfer from you to the parasitical class—politicians, central bankers, and those connected to them. 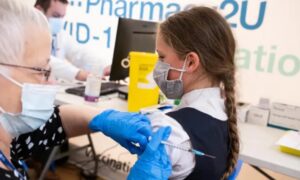 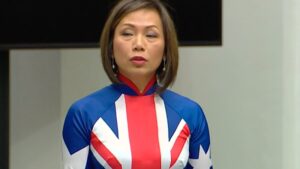