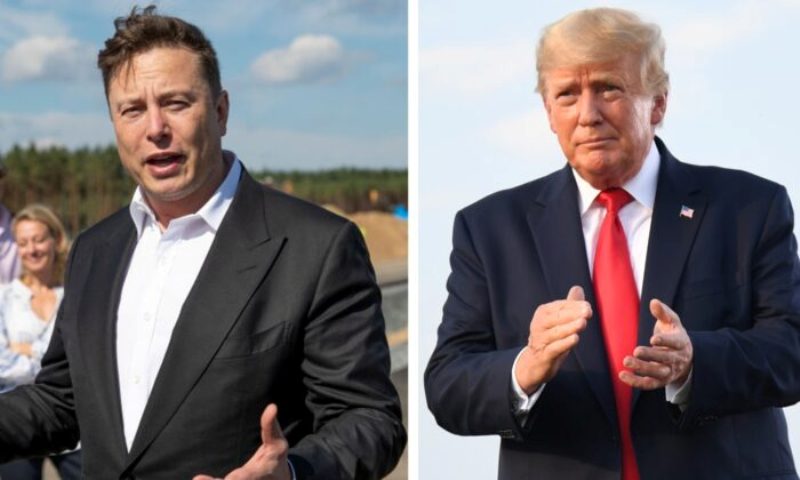 Elon Musk has taken to Twitter after former U.S. President Donald Trump criticized the Tesla CEO at a rally over the weekend.

Trump called Musk “another bull [expletive] artist,” saying that Musk had once told him privately he had won Musk’s vote in 2016, which would conflict with Musk’s public statement in mid-June about having just voted Republican for the first time in the midterm primaries.

“You know what he said the other day? ‘Oh, I’ve never voted for a Republican,’” Trump said to a full house at the Alaska Airlines Center on Saturday. “I said, ‘I didn’t know that.’ He told me he voted for me. So he’s another bull [expletive] artist.”

Trump made the comments as a side note while talking about Musk’s recent decision to not acquire Twitter.

“I don’t hate the man, but it’s time for Trump to hang up his hat & sail into the sunset,” Musk wrote on Monday night in response to a video of Trump’s comments. “[Democrats] should also call off the attack—don’t make it so that Trump’s only way to survive is to regain the Presidency.”

On the same night, Musk shared his thoughts about a potential Trump–DeSantis ticket in 2024.

“Trump would be 82 at end of term, which is too old to be chief executive of anything, let alone the United States of America,” Musk wrote in another post, replying to a suggestion from another Twitter user about a potential Trump-DeSantis run in 2024 and two terms of DeSantis presidency in 2028 and 2032.

But on a potential DeSantis 2024 run, Musk echoed his earlier comments that he would lean towards supporting the Florida governor.

“If DeSantis runs against Biden in 2024, then DeSantis will easily win—he doesn’t even need to campaign.” the billionaire said.

Musk’s Monday comments continue a series of high-profile political statements the billionaire has made in 2022, which included describing the Democratic Party as the party of “division & hate” and identifying himself as a part of a “massive red wave in 2022” by revealing his vote for Republican candidate Mayra Flores (R-Texas).

Trump: ‘I Think I Would Win’

While Trump has not explicitly announced his intention to run for commander-in-chief in 2024, he has teased it enough for spectators—including Musk—to consider it a serious prospect.

“I ran twice, I won twice … And now with the approval of the great people of Alaska, we may have to do it again,” Trump said over the weekend in Alaska, claiming that he received “many millions more votes” in 2020 than he did in 2016 when he defeated Hillary Clinton.

When asked about how well he would perform against Florida Gov. Ron DeSantis in a presidential race, the former president was confident.

“I don’t know if Ron is running, and I don’t ask him. It’s his prerogative … I think I would win.” Trump told The New Yorker in June. He told Newsmax later in the month that he would not rule out DeSantis as a running mate while saying that he “was very responsible for [DeSantis’s] success.”

Meanwhile, Republican figures have been positive that Trump’s political influence in the GOP is nothing close to insignificant.

“I don’t delude myself into thinking I have a big swath of the Republican Party,” Trump critic Mitt Romney (R-Utah) told Politico in May about his thoughts on Trump. “It’s hard to imagine anything that would derail his support.”

“So if he wants to become the nominee in [2024], I think he’s very likely to achieve that,” Romney said. 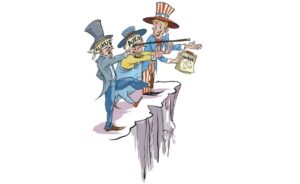