People want the conflict in Ukraine to end, even if it means Kiev making concessions, a survey suggests.

The unifying European drive to support Ukraine against Russia and punish Moscow for attacking its neighbor is at risk of losing momentum, the European Council on Foreign Relations (ECFR) warned on Wednesday.

An increasing number of people want to see the conflict end, even if it means getting Kiev to make concessions, the think-tank said based on an opinion poll it conducted. The survey suggested that many people, who want to be tough on Russia, are also concerned with the cost that European nations will have to pay to pursue what the authors called “justice” for Ukraine.

The poll was conducted in mid-May across 10 European nations. Researchers placed respondents into four groups based on what outcome they wanted from the Ukrainian crisis.

Members of the “peace” camp want it to be over as soon as possible and made up 35%. The “justice” camp at 22%, prioritizes defeating Russia over all other considerations. The “swing voters” 20% shows those who want retribution but are cautious about the risks and costs involved. The remaining 23% were lumped into the “rest” category.

The ECFR warned that as fatigue with the conflict grows in Europe and people feel the effects of rising energy and food prices, which their governments and the media attributed to the Ukrainian crisis, the “peace” camp will likely grow, increasing divisions in Europe. It called on European leaders to target the “swing voters” with messaging that addresses their concerns.

“The key to maintaining European unity in support of Ukraine is to take the fears of escalation seriously and to present the conflict as a defensive struggle against Russian aggression rather than talking about Ukrainian victory and defeating Russia,” the authors claim.

The survey showed a prevalence of the “peace” camp in all countries polled except for Poland, where the “justice” camp was dominant. Those calling for peace were strongest in Italy at 52%.

In Britain, the “peace” and “justice” camps were virtually equal (22% and 21%), while “swing” voters hit 32%. It was the only nation where they were the majority.

Most Europeans blame Russia for the Ukrainian conflict and believe Moscow to be the largest obstacle to peace, the poll showed. In all three camps there’s strong support for helping Ukraine, from providing aid to offering NATO and EU memberships.

The exception was the “peace” camp which is opposed to establishing a no-fly zone over Ukraine, stationing more NATO troops in Eastern Europe, or letting Kiev join the alliance. They are also strongly against boosting defense spending in their own nations.

Neighboring countries may still have opposing attitudes towards militarization, researchers said. People in Poland strongly support boosting their military (52% for vs. 21% against) while in Romania the split was 31% to 36% against. The same was true for Germany and Italy, where the proportions were 41% to 32% and 14% to 63% respectively.

The report remarked that in this case “geography was not destiny,” contrary to the popular maxim. Authors point out that the Ukraine crisis could yet prove to be the “midwife of a much more muscular EU,” but acknowledge that militarization is not as popular among the European public as their governments proclaim.

All respondents overwhelmingly believe that Russia and Ukraine will be worse off after the conflict, but only in the “justice” camp did more people believe Russia would experience the most damage. All groups expect the EU to be hurt as well. The US and China will likely go unscathed, Europeans think, with roughly one fifth of respondents saying they would be worse off after the crisis is over.

Europeans are most concerned about the rising cost of living and the possibility that Russia would use nuclear weapons in Ukraine, the poll revealed. The least worrisome option in the poll was the arrival of Ukrainian refugees. Even people in Poland, which refused to accept its share of asylum-seekers from the Middle East during the 2015 migrant crisis, overwhelmingly support taking refugees in. 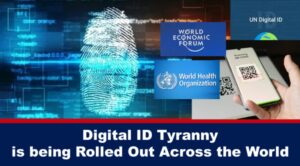 Digital ID Tyranny is Being Rolled Out Across the World 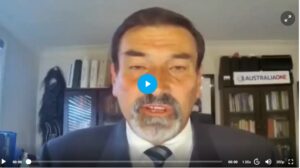