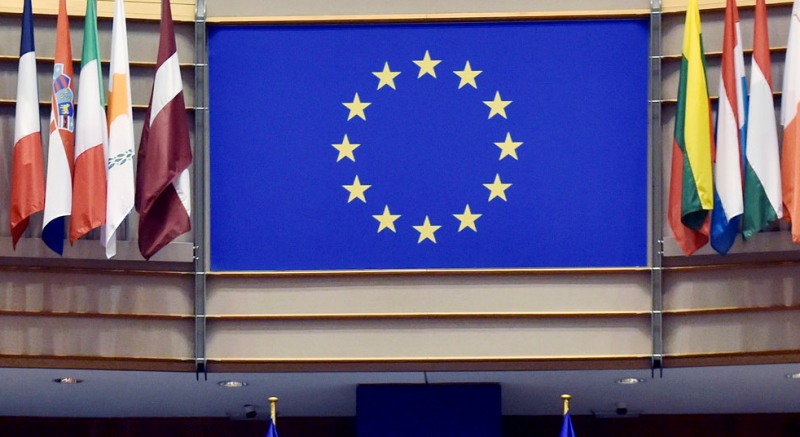 This is the week that could shape the fate of Europe for a decade or more, with the fallout from the war in Ukraine colliding with key moments for eurozone monetary policy and the political crisis in Italy.

Thursday is looming as the critical day, with the European Central Bank poised to raise interest rates in the eurozone for the first time in a decade and all of Europe – Germany in particular – waiting anxiously to see whether Russia resumes supplies of gas that have been cut off for 10 days while the key Nord Stream 1 pipeline has been undergoing scheduled annual maintenance.

A day earlier Mario Draghi, who offered his resignation as prime minister last week after the broad coalition of national unity that he leads splintered, will address the Italian parliament.

If he does resign it could force an election in a country that is almost ungovernable and financially unstable, with a parliament riddled with numerous fractious factions and a debt-to-GDP ratio of more than 150 per cent in an environment of rising interest rates and weakening economic activity.

This week will therefore be critical for both the traditionally strongest economy in the eurozone, Germany, which is reliant on Russia for about 60 per cent of the gas which powers its energy-intensive economy, and an Italy which is acutely vulnerable to higher interest rates.

Somehow, the ECB has to reconcile the necessity of bring a rampant inflation rate – it is running at 8.6 per cent – with the threat to the weaker southern European economies like Italy and Greece (debt-to-GDP ratio approaching 200 per cent) of higher interest rates and tightening credit conditions.

Already the spreads between Italian and Greek government 10-year bonds have blown out against Germany’s bund yields to more than 200 basis points, which is the level that flashes dangerous territory for their economies and eurozone stability.

The ECB has been working on an “anti-fragmentation tool” and might provide some details of its plans to manage an otherwise dangerous and destabilising divergence in sovereign debt costs on Thursday.

Historically that has meant using the strength of the northern European economies, Germany’s in particular, to prop up those in the south by heavy central bank buying of their bonds to keep a lid on their bond yields.

Whether that is as feasible if Germany’s economy, indeed the entire eurozone, is driven into deep recession by insufficient gas supplies, is an open question.

Germany is at severe risk of a severe recession if Russia’s gas stops flowing entirely. Russia has already cut its supply by about 60 per cent, forcing Germany to start enacting a national gas emergency plan. Its next step would be to heavily ration gas to industry and households.

If Nord Stream 1 doesn’t resume supply, not only would it be devastating for Germany’s petrochemical, fertiliser, steel, ceramic, plastics and glass industries, but the flow-on effects to a European economy and manufacturing sector which is highly integrated would be devastating. Germany is also a conduit for Russian gas to other European countries.

The threat of Russia shutting down supply has been latent ever since Europe, the US and others started imposing sanctions on Russia after the invasion of Ukraine. It has triggered a scramble by the Europeans to secure alternate supplies in a very tight global market for gas, which has sent European gas prices soaring.

European gas that was trading around €20 (about $30) per megawatt hour pre-invasion is now costing more than €170 per MWh.

The far higher energy costs and slowing global economy – particularly the weakness in China – are already taking a toll on Europe’s powerhouse export economy. After more than 30 years of continuous trade surpluses Germany recorded a €1 billion trade deficit in May.

The impacts of the war in Ukraine complicate an already complicated situation for the ECB. Hiking interest rates even as eurozone economies slide towards recession, or worse, isn’t particularly palatable but sustaining an inflation rate that heading towards 9 per cent is even less so.

Compounding the challenge is the rate at which its US counterpart, the Federal Reserve Board, is moving. The Fed has raised US rates by 150 basis points in three months, with at least another 75 basis points expected late this month.

The disparity between US interest rates and those in the eurozone, where the policy rates are negative and the safest of the bonds, German 10-year bunds, yield only 1.2 per cent, has also pushed the US dollar up with the euro now trading around parity with the dollar – it broke through parity last week for the first time in more than 20 years.

The euro’s depreciation adds to the inflationary pressures confronting the ECB. The US dollar’s 20-year highs against its trading partners in recent weeks has been exporting inflation to them and sucking capital from them while reinforcing the Fed’s efforts to bring the US inflation rate down.

The ECB, now badly lagging the path of the Fed and constrained by the vulnerability of the southern European economies and having to factor in the impacts of the war in Ukraine, isn’t expected to do anything dramatic this week.

A 25-basis point increase is expected, which would still leave its key policy rate in negative territory at minus 0.25 basis points. The bank has been flagging the prospect of a 50-basis point move in September.

If it moves more decisively the potential for more destructive increases in rates on Italian debt – and Italy is the eurozone’s third-largest economy – would rise unless the ECB is in a position to deploy its “anti-fragmentation tool” to limit the threat of a material divergence of rates across the eurozone.

If Draghi goes, and Russian gas doesn’t flow the policy dilemmas for the ECB and, indeed, the European Union and its constituent states, will be enlarged and complicated and the consequences of their decisions more significant for both the short and long-term futures of the eurozone. Vaccines Are Taking an Average of 5 Months to Kill People 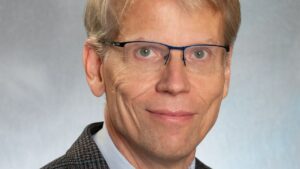 I Found an Honest Vaccine Scientist