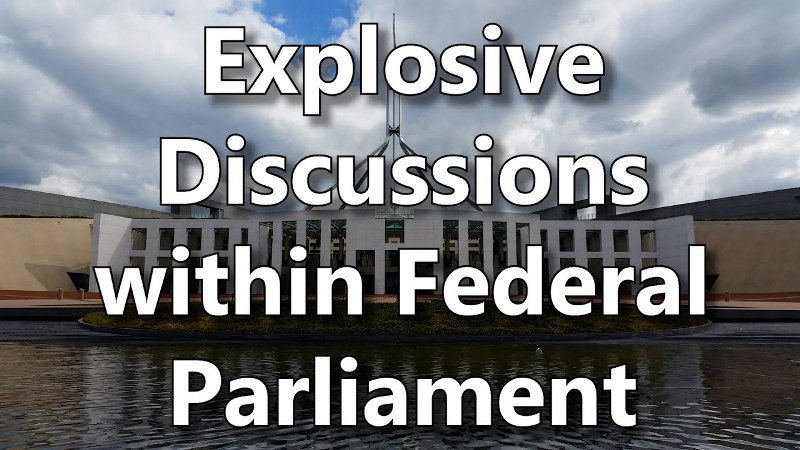 This week I had EXPLOSIVE DISCUSSIONS inside Federal Parliament about the Australian Economy!

I reveal the TRUTH with @DFA_Analyst that others are too afraid to say!

This week Adams went to Canberra in a whirlwind sweep of the Federal Parliament to discuss a variety of topics. Adams had the opportunity to speak to people within the Coalition, Labor, the UAP, and One Nation.

Adams had a number of very frank conversations about the nature of Australia’s economic problems. In total, Adams had more than a dozen meetings over the course of 2 days with political figures and the media.

Australia is in the biggest economic mess since becoming a country. Politics is stopping sensible discussion of our national problems and the consideration of the correct policy solutions.

So in fear of the Australian people, politicians believe that as a community, the debt bubble is not able to be discussed.

The position of some in Parliament is that the unvarnished truth and common sense are beyond the Australian people.

Accordingly, democracy is the problem. This was foretold centuries ago.

A C
Thank you both for a brilliant discussion. Certainly a terrible financial dilemma Australia is faced with, “6.1%” official inflation is sadly just the start. You have been warning us which is a great public service.

Jake Hanrahan
I highly appreciate the dynamic here. Adams drives most conversations and has the tone, Martin sits back and probes, injects, and listens super well. Its obvious they’re both as intelligent as another, but there are no ego’s present… Being a viewer and not having either person interrupt one another, or get last words out, or anything to ‘keep up’ with the display of intellect for the viewers makes this so great to consume

Margo Mouawad
Your show is a must watch. I literally rely on both of you to educate me on monetary and property matters.
I once laughed at someone who said we are not a democracy and argued against his statement but now I think he had a point. We are no longer a democracy and that has been proven in the last few years. We are living in an illusion of democracy.
Thank you for the intellectual stimulation you continue to provide.

WILDWOMAN
I have to say that this has been the best show so far. Some very good points made and offered.

Kristi-Lee Expelling the Spells
I happened to catch on tv parliament in sitting on ABC late the other night and I have to say seeing these politicians behaviour is absolutely appalling. These “humans?” are being paid big dollars to sit and hurl insults at each other, laugh and speak over the top of each other, while the average Aussie is drowning in cost of living expenses. I am absolutely DISGUSTED to call myself an Australian. Their putrid behaviour was truly nauseating to watch. When regular people behave the way they were behaving in parliament they are usually escorted out of the building. Disgusting!!!
I take care of a 75 year old man who sleeps on a mattress on the floor freezing and hungry because he can’t afford to eat properly or use heating in winter. I am truly physically sickened to be an Australian right now. And to see these disgusting politicians behaviour is the straw that has broke this camels back. Knowing they are paid big dollars to behave that way while Aussie’s are hurting is….truly beyond comprehension. I have lost complete faith in this country it’s politicians and am enraged and devastated. But most of all I am TERRIFIED for my 3 year old granddaughter and 1 year old grandson wondering what life they’re going to have in this country. I am ASHAMED that we are leaving them this rubbish. I know people stuck on jobseeker living well and truly below the poverty line and it’s sickening. While these animals are paid handsomely to behave worse than children I could almost see the lizard tongues poking out of their mouths their behaviour was so disgusting. Truly sickened I am.

Shaun M
Whilst I technically agree with your logic it is a hideously blunt tool that harms those whom bear little or no responsibility for the current and growing mess.
The only way a depression should be carried out is where the individuals who have created the mess, central bankers/Investments bankers/politicians, share the pain by surrendering the huge wealth they have accumulated during the distortions they created.
In the past the ordinary man & woman has been the only ones who have borne the pain from the financial classes’ excesses and gross malfeasance. This should not have to be the case again!!

Tsc Tempest
John your words are eerily echoing history and PK. I’m hearing in my head, ” This is the DEPRESSION we had to have…” This coin has more than two sides. IF Australian’s swallow this economic gruel, and go destitute into the streets, there must also be a class action comeback against the parliament(s) responsible for the mess, BECAUSE their economic decisions and messages ENTICED many Australians into unsound financial decisions, for which the subsequent losses may well make them worse off then before they took the leap. I am all for punishing LEMMINGS for “follow the leader” but I am even more for, holding the leader(s) accountable for the mass exodus off the cliff! Accountability just doesn’t stop with the dumb punters who made bad decisions on the basis of glowing yet fundamentally bad advice.

Kersten Ukatz
Another one of your high quality interviews. Thank you. Me, writing to you from Germany, regularly watch a German “John Adams” equivalent, called Markus Krall. If any of your viewers know German, watch out for Markus Krall´s videos. He confirms, more or less identically, what John has said over and over again.
Please, never stop informing the people on the truth.

Gary
Thank you so much, both of you, for pulling no punches. I wrote to the Senate Inquiry on the cash ban – it does show that if people engage on a subject, unjust policy can be stopped – although I fear that it will be stagflation (particularly when the migration spigots are opened again and the pressure on wages ramps-up) and our politicians don’t have the stomach for the hard discussions.

Martin Collins
Some really great deep thinking here. Good stuff. Thinking outside the box and looking for non conventional solutions are called for. Those with the least should not have to pay for the mistakes of those with the most.

Bella
Thanks Martin and John, always informative and honest. Although there are many aspects to take into consideration I can’t understand why some people have to have huge houses that they really go into a lot of debt for and each child has to have their own room. People have to live within in their means, and need to be sensible and save for what they want instead of getting credit. Like I said it’s just one aspect that I’m thinking about, that might help our economy.
I can’t believe people don’t research who’s on the ballot and find out what they stand for, how they will handle problems in their electorate, how they will stand by the people that are working and contributing to society and being a part of their community. So many things to consider yet it needs only a direct course to dig ourselves out of a catastrophe but everyone has to do their part including the politicians. I agree we need strong leaders who can be honest with the people, and steer the country in the right direction. Kind of how you would take care of your family responsibly.

Anca Tofan
Great job John & Martin looks like too many aussies with heads in sand while nothing would make them build some neurones, so the solution to put those OUT OF VOTING for a better tomorrow looks like a good idea in addition to being honest to people telling them the truth then get quickly through hardships but then a new great world would unfold for us all. Congratulations to you both for your courage to tell the thugs off and fight for the truth in the most patriotic way! I take my hat off to you both.

O Gauge Clockwork
Have been on the receiving end of Australian Government dogma. I lost my job due to the Victorian Government vaccine mandate. Given the number of people I know who have experienced vaccine related heart issues…. 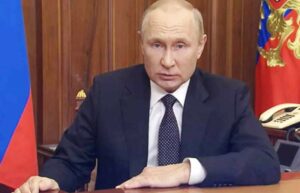 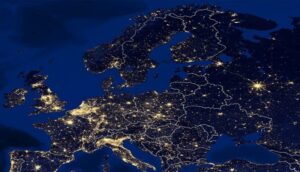