In 2016, a wildfire so large and destructive that it was nicknamed “The Beast” tore through Fort McMurray, a town in northeastern Alberta surrounded by boreal forests in the middle of the Canadian province’s oil-rich tar sands.

More than 88,000 people were evacuated, and 2,400 homes and buildings were destroyed in the inferno. It would become one of the costliest and most destructive wildfires in the country’s history, but scientists had other reasons to pay close attention to it.

As the fire raged and threatened to engulf the community, The Beast started to exhibit some odd behavior, growing so intense that it spawned “fire clouds” that created their own weather.

The rare weather phenomenon has most recently been observed in southeastern Australia, where unprecedented wildfires have burned more than 27 million acres of land and where more than 100 blazes are still active. And scientists say they’re seeing fire clouds more often as climate change makes fire seasons longer and wildfires more intense.

Comment: Rather than attributing the dramatic increase in wildfires and fire clouds to ‘climate change’, could a significant factor in the escalation of these events be that they are fueled from outgassing, and then possibly ‘sparked’ by an increase in atmospheric electric discharge events, such as lightning strikes and other ‘cosmic’ ignition sources?

Researchers are only beginning to understand the consequences.

A fire cloud, known as a pyrocumulonimbus cloud, or pyroCb, can generate thunder, lightning and tornado-force winds, as well as belch out burning embers — all of which can help spread already fast-moving fires.

Mike Fromm, a meteorologist at the Naval Research Laboratory in Washington, D.C., has been studying fire clouds for the past two decades, but he said his early research was met with disbelief.

“The whole idea of the pyroCb was completely foreign to the scientific community,” he said. “Probably within the last 10 years, we’ve gone from a huge amount of skepticism to acceptance of the idea that the pyroCb not only exists but that it’s a fairly regular phenomenon.”

In that time, wildfire research has come a long way, but fire clouds have remained mysterious and understudied.

It’s estimated that more than 980 million acres around the world burn every year in wildfires, according to Mike Flannigan, director of the Canadian Partnership for Wildland Fire Science at the University of Alberta in Edmonton. But it’s not known what percentage of wildfires generate fire clouds.

When they break out, however, the results can be devastating. Mentally Ill and Deranged Parents Discuss Vaxxinating Their Children, Foolishly Thinking the Vaxxines Have No Side Effects 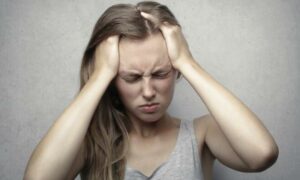