Biden is escalating the Russia-Ukraine conflict, risking a catastrophic fight with Moscow, an ex-congresswoman has warned

President Joe Biden’s administration is driving the world toward a devastating nuclear conflict by using the Ukraine crisis to fight a “proxy war” with Russia, former congresswoman and 2020 presidential candidate Tulsi Gabbard has warned.

“The American people need to understand the seriousness of the situation that the Biden administration and leaders in Washington have put us in,” Gabbard said on Wednesday night in a Fox News interview. The Hawaii Democrat, who was among the candidates whom Biden defeated to win his party’s 2020 presidential nomination, called for stepping back to focus on “the big picture and the great threat that we face, which is the reality that this war is continuing to escalate.”

Biden has led the charge for international sanctions to punish Moscow over its military offensive in Ukraine. The US has approved $70 billion in aid, including advanced weaponry, to help Ukraine fight Russian forces. During a visit to Israel on Thursday, Biden said Washington will continue to provide such aid indefinitely to ensure that Moscow suffers “a strategic failure” in Ukraine.

“President Biden himself says he has no idea when or how it’s going to end, but we know where this escalation leads,” Gabbard said. “It leads us closer and closer to the brink of a nuclear war with Russia.”

Biden’s anti-Russia campaign has contributed to the highest US inflation rate in more than 40 years, including record gasoline and diesel prices. Nevertheless, Democratic and Republican war hawks alike have backed the strategy. After voting to approve a $40 billion Ukraine aid package in May, US Representative Dan Crenshaw (R-Texas) said, “Investing in the destruction of our adversary’s military, without losing a single American troop, strikes me as a good idea.”

Gabbard argued that US leaders are being cavalier about the crisis, ignoring the risk of triggering a catastrophic war with Russia. She gave the example of a recent public service announcement, or PSA, in New York City, which advised residents to stay indoors in the event of a nuclear attack.

“I almost fell out of my chair when I saw that PSA because it’s insane,” Gabbard said. “They’re treating us as though we’re like back in the ’50s and ’60s when teachers are telling kids to go under your desk and you’ll be protected from a nuclear attack. It’s crazy.”

The reality is, President Biden, members of Congress, leaders in our country, the wealthy, they will have a safe place to be in the event of a nuclear war that they are behind causing while the rest of us in America and Russia, people around the world, will be decimated from this event.

Gabbard claimed that US leaders were treating the risk of provoking a direct war with Russia “as if it’s nothing.” Meanwhile, she added, “they’ve been making plans on how they can continue to wage this war from an underground bunker. This is the seriousness of the threat that we face and how crazy and disturbing it is that President Biden and people in his administration can be so nonchalant about how they are the ones who are continuing to drive this forward.”

Critics of Gabbard, including legacy media outlets and 2016 presidential candidate Hillary Clinton, have accused her of being a Russian agent because of her criticisms of US policies. Gabbard, an Iraq War veteran who still serves as a lieutenant colonel in the US Army Reserves, has argued that she faces attacks for speaking the truth.

Biden’s current Middle East trip, which includes a stop in Saudi Arabia, “exposes what a complete farce his whole autocracy-versus-democracy foreign policy is,” Gabbard said. While claiming that the US must support Ukraine to “save democracy,” she added, the president will meet with autocratic dictators to seek their help in the anti-Russia campaign.

“It is a sham, it is a lie that the American people need to see straight through and hold leaders accountable for that lie and for the cost that they are bringing onto the American people and, frankly, to the world the further they escalate this war,” Gabbard said. 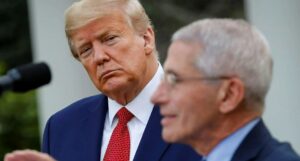 Another Covid Penny Comes Crashing Down 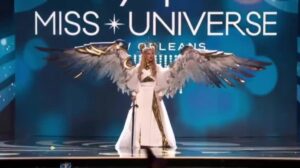