Fresh From Banning More Opposition Parties, Ukraine’s Zelensky Takes It Upon Himself To Shill for War With China Over Taiwan 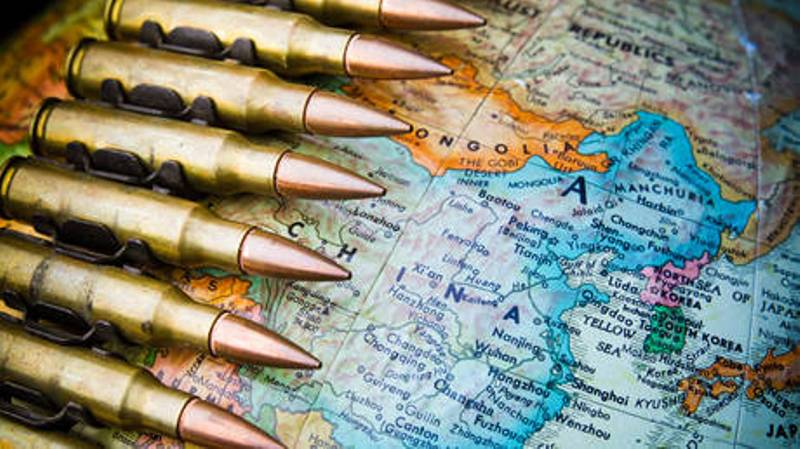 Fresh From Banning More Opposition Parties, Ukraine’s Zelensky Takes It Upon Himself To Shill for War With China Over Taiwan

The actor-turned-politician has become the perfect useful idiot for Washington’s foreign policy priorities.

If Ukrainian President Volodymyr Zelensky isn’t getting paid to foment war between the West and China, he should be. The ubiquitous media darling declared on Saturday that the “international community” must help Taiwan resist Chinese “aggression” now, before Beijing attacks the poor little heavily-armed island.

Coming from the leader of any other eastern European kleptocracy, such a suggestion might have been shrugged off as the egotistical bloviation of a spoiled child. But Zelensky has the ears of the “free world,” and what he says is lapped up by the narrative managers of the Western media as gospel.

All this in a week when his regime banned another pair of opposition parties, bringing the total to nine. A fact the US/UK press certainly hasn’t reported loudly.

His apparent call for preemptive action against China was picked up by no less than the Washington Post, with acknowledgement that the comments risked “upsetting Ukraine’s delicate balancing act with China.” Still, Zelensky, perceived as a hero in the West, insisted that “aggressors must be confronted wherever they emerge.” Never mind that the US, the chief backer of the Ukrainian military effort, has long been the biggest and boldest aggressor on the planet – Zelensky’s supporters know not to take such rhetoric personally.

The last four months have been a whirlwind of fawning media appearances, baffling awards-show cameos, and relentless ego-fluffing. His opinions have been hailed as transcendent on issues he clearly knows nothing about – Taiwan is just one of them.

Not that this ignorance matters to the ranks of World Economic Forum drones who dutifully nod before the big screens as their doughy darling talks tough to Putin and demands they cough up ever-larger sums of cash to feed the proxy war Kiev is so selflessly leading for them. It would be bad form to point out that the man hasn’t got a clue where geopolitical issues are concerned, and hypocritical to boot, given how many of their number – US President Joe Biden chief among them – are best understood as puppets who’d be rendered inert without the animating force of the scores of think tank lobbyists, bankers, and military-industrial lobbyists who make policy behind the scenes.

Zelensky’s acting chops have served him well these last few months. Clad in man-of-the-people olive drab, he has convinced EU states, for instance, to open their hearts and wallets for the war effort to the point of adopting ruinous, self-sabotaging sanctions they can ill afford.

But there’s a difference between duping other European states into starving themselves of wheat and fuel for the coming winter and threatening China’s territorial ambitions. Beijing has repeatedly made it clear that it will not tolerate interference in the Taiwan question by the US, much less by the likes of Zelensky.

His incompetence as a leader was so well-known prior to the war that even the rabidly anti-Russian Atlantic Council wrote about it, describing how he owed his election to the shamelessly corrupt oligarch Igor Kolomoisky and relied completely on his chief of staff to get things done, a strategy that predictably failed when he the fired the same chief of staff.

While that think tank may have gone silent on Zelensky’s shortcomings now that it needs him to make money for its military-industrial complex donors, his weaknesses remain well-known. Zelensky is not too popular with the neo-Nazi Azov Battalion these days either, having all but left them for dead in Mariupol after promising for weeks that they’d fight on indefinitely.

Zelensky is left singing not just for his supper but for his life. “No one benefits from [war], apart from certain political leaders who are not content with the present level of their ambitions,” he told the Post, apparently not talking about himself. While paying brief lip service to the need for a “diplomatic solution,” he demanded the “international community” get involved preemptively in the Taiwan situation, insisting China was on the brink of invading the island it considers its rightful territory.

There are plenty of parallels to be drawn between Ukraine and Taiwan, though probably not the ones Zelensky wants the ‘international community’ to notice. As Moscow has repeatedly pointed out, Western countries flooding Ukraine with weapons are not inspiring peaceful thoughts among that nation’s decision-makers. And while Beijing is said to be “studying” the conflict in Ukraine, the lessons it is drawing – such as “the US has emptied its weapons stockpiles into Kiev and now has nothing left to arm Taipei” – are probably not lessons he wants America’s rivals picking up on.

It’s no coincidence that the Ukrainian leader is sounding more and more like his American counterpart Joe Biden every day; neither man can be said to have any real role in his country’s governance, or understand how to function in such a role should he somehow be thrust into one. So it’s only natural both would be trying to pick a fight between the West and China, angling to trigger the sort of avalanche that would hide their rank incompetence beneath a greater catastrophe.

After all, no matter who wins, the victor will be expected to serve up both sides on a silver platter for foreign investors to gorge themselves. A recently-published paper by the think tank RAND Corporation titled ‘Rebuilding Ukraine’ describes how “state enterprises … are a chokehold on the economy,” reducing “public confidence in government and deter[ring] private investors.” The document is a love-letter to rampant privatization of the same strain that nearly sank the Russian economy post-USSR and which international financial cartels are eager to unleash everywhere, especially in China. 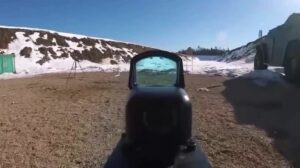 Skynet the Demon Dog Has Been Weaponised