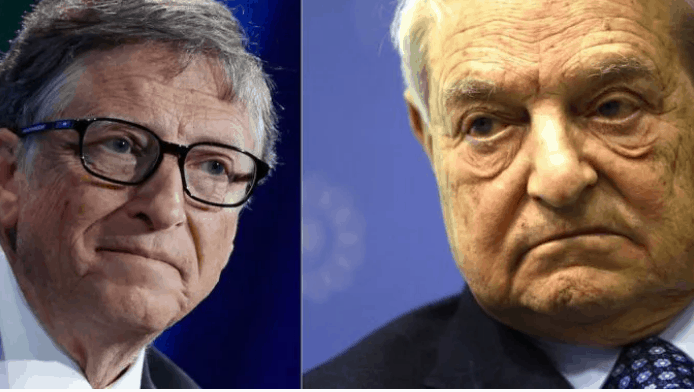 By Baxter Dmitry News, US

Social media giant Facebook has announced that its fight against fake news will involve third-party fact checking organizations, however there are grave concerns about the legitimacy of those groups after it was revealed George Soros and Bill Gates, as well as other Clinton donors are funding the fact checking drive.

Many people are taking it for granted that these fact checkers are the quintessence of neutrality and unbiased reporting. Well, judge for yourself.

Facebook released a statement on December 15 advising users that they were starting a program to “work with third-party fact checking organizations that are signatories of Poynter’s International Fact Checking Code of Principles (IFCN)”.

Here’s an interesting fact about Poynter, the self-proclaimed “global leader in journalism”. They are funded by George Soros’ Open Society Foundations, The Bill & Melinda Gates Foundation, the National Endowment for Democracy (which has financial links to the State Department), Ebay’s Omidyar Foundation, and Craig Newmark, the founder of Craigslist who donated a massive $1 million to Poynter to create this anti fake news mechanism.

Craig Newmark is also a Clinton campaign donor. As is George Soros and Bill Gates, both big time supporters of the Clinton Foundation as well as Hillary’s election campaign fund. And another Poynter donor, Ebay founder Pierre Omidyar, is also a massive donor to Clinton, giving millions of dollars to the Foundation.

Danish journalist Iben Thranholm said she was shocked that such obviously partisan fact checkers would be allowed to control the narrative in United States politics. “It gave me goosebumps to hear those names because they have actually a very strong political agenda. It’s like there are a lot of people who think that its dangerous not to be able to control the media, so to sort out what is supposedly the real news and the fake news is actually a way to control the narrative. So if you want to be in opposition to these political powers then you are going to be censored. Of course this is a kind of censorship.”

Welcome to 1984’s Ministry of Truth, where only selected facts are allowed to exist while other facts that don’t fit Washington’s neoliberal narrative will be labelled “fake news” and suppressed.