By Parliament of Victoria

Grievance
The Petition of certain citizens of the State of Victoria draws to the attention of the Legislative Council that the Parliament of Victoria does not possess the constitutional authority to infringe on citizen freedoms without first passing a law to that effect by a majority vote in both Houses of Parliament. A non-existent authority cannot be delegated. The delegation of emergency powers to limit citizen freedoms at the Government’s discretion should not be allowed.
Action
The petitioners therefore request that the Legislative Council call on the Government to remove all current COVID-19 emergency directives and restrictions and repeal all legislation that grants the Government emergency powers.
Closing Date
2021-11-29 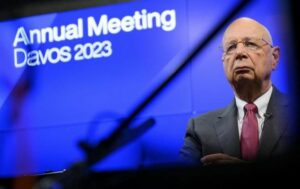 WEF Hires Unvaccinated Pilots To Fly Them Into Davos: “Safety of Our Members Is No. 1 Priority”