Two GOP congresswomen have cited a media report showing that most weapons shipped to Kiev aren’t making it to the front lines.

Republican lawmakers are feeling vindicated for opposing a $40 billion Ukraine aid package after a CBS News report showed that only 30% of the Western weapons flooding into the country are actually making it to the front lines in Kiev’s conflict with Russia.

“This [is] one of the reasons I voted ‘no,’” US Representative Marjorie Taylor Greene (R-Georgia) said on Twitter in a retweet of the CBS News post. Greene was among 57 House Republicans who voted against the massive aid bill, which passed overwhelmingly in May with the support of all Democrats and most GOP lawmakers. Eleven Republicans opposed the bill in the Senate, where it passed by an 86-11 margin.

The CBS story noted that with nearly $60 billion in US and Western European aid approved for Ukraine since Russia’s military offensive began in February, most of the weaponry has failed to get through to Ukrainian fighters. Getting weapons to the troops involves navigating a complex network of “power lords, oligarchs [and] political players,” the outlet cited Lithuanian aid group founder Jonas Ohman as saying. Amnesty International senior crisis adviser Donatella Rovera told CBS that “there is really no information” on where the weapons are going.

Representative Lauren Boebert (R-Colorado) said such scrutiny had been dismissed prior to the CBS report. “How many people were called Russian bots for saying this exact same thing since March? Now, when CBS says it, it’s perfectly fine. Whatever the case, glad the facts are out now. The majority of the Ukraine aid is a scam.”

How many people were called Russian bots for saying this exact same thing since March?

Whatever the case, glad the facts are out now. The majority of the Ukraine aid is a scam. https://t.co/8AdHTA4n4i

US Senator Rand Paul (R-Kentucky) delayed the Senate’s vote on the Ukraine aid bill by insisting on adding a provision appointing an inspector general to monitor how the money was being spent. His colleagues refused to include the oversight requirement and passed the massive package a few days later. A US intelligence official told CNN in April that arms shipments were dropping “into a big black hole” once they reached Ukraine.

Greene, Boebert and other lawmakers who voted against the aid bill were pilloried by critics for failing to support Ukraine. After Greene argued that the US government was focused on sending billions of dollars in aid to Ukraine at a time when American mothers couldn’t even buy formula for their babies, Democrats accused her of standing “with President Putin in the face of Russian aggression.” Representative Jamie Raskin (D-Maryland) said she was “repeating Putin’s propaganda and disinformation” and “appeasing imperialist assaults on sovereign nations.”

The Georgia lawmaker also tussled with a fellow Republican after Representative Dan Crenshaw (R-Texas) defended the Ukraine aid package by saying “investing in the destruction of our adversary’s military, without losing a single American troop, strikes me as a good idea.” Greene replied, “So you think we are funding a proxy war with Russia? You speak as if Ukrainian lives should be thrown away, as if they have no value. Just used and thrown away.” 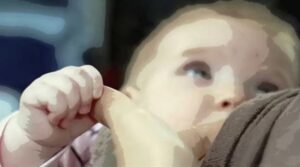 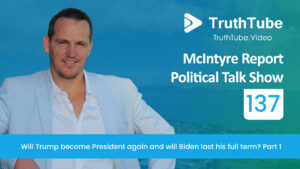