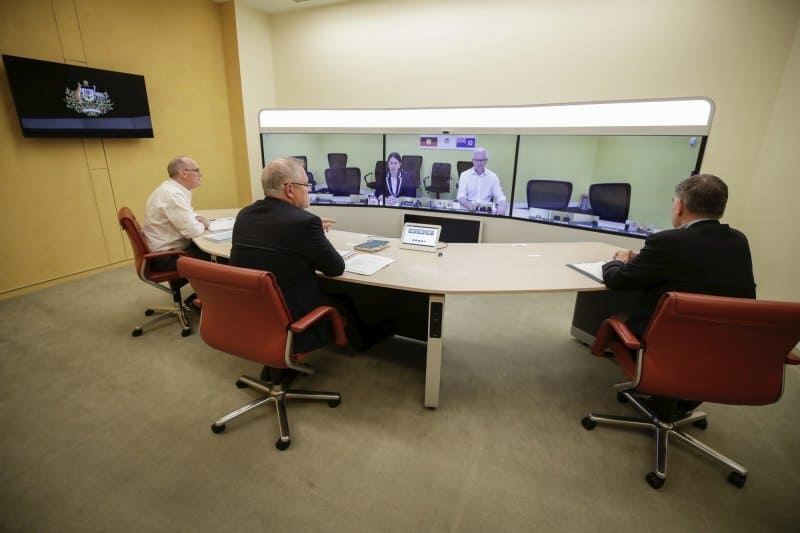 National Cabinet Thrown Open to Scrutiny in Ruling It Is Not a Cabinet
By National Times Australia
A federal tribunal has ordered Prime Minister Scott Morrison’s department to release secret documents about the workings of national cabinet after rejecting government claims the peak group is a committee of federal cabinet.
The tribunal backed an appeal from independent senator Rex Patrick in a significant decision that opens national cabinet to public scrutiny through requests for its agendas, minutes and other documents.

The ruling also shatters government claims the peak group, led by Mr Morrison with state premiers and territory chief ministers, has the status of a committee of federal cabinet and is therefore shielded from scrutiny.
Senator Patrick hailed the outcome on Thursday night as a “decisive win for transparency and accountability” because it rejected Mr Morrison’s attempts to claim a protection for national cabinet that it did not deserve under the law.
The South Australian senator took his claim to the Administrative Appeals Tribunal after the Department of Prime Minister and Cabinet rejected his applications under the Freedom of Information Act for documents about national cabinet meetings.
Federal Court judge Richard White, sitting as a presidential member of the AAT, ruled the department was wrong to reject many parts of the original request and ordered it to release the documents.
But the department gained a 28-day stay on the release of the documents while it considers whether to appeal the decision to the Federal Court.
While the department said the national cabinet was a “committee of cabinet” and therefore subject to the protections in FOI law for cabinet documents, Justice White rejected that argument after citing case law, English author Walter Bagehot in “The English Constitution” in 1867 and Fraser government minister Ian Viner in his speech introducing the FOI law in 1982.
“The mere use of the name ‘national cabinet’ does not, of itself, have the effect of making a group of persons using the name a ‘committee of the cabinet’. Nor does the mere labelling of a committee as a ‘cabinet committee’ have that effect,” Justice White said in his judgment.
“The term ‘cabinet’ is not defined in the Constitution nor in any other legislation of the Australian Parliament.”
In a key part of his judgment, Justice White said national cabinet was not “of” the federal cabinet because federal cabinet had to consist of those elected to Federal Parliament, excluding a provision that allows someone to be in cabinet for three months without being in Parliament.
Only one member of national cabinet, Mr Morrison, is a member of the federal cabinet and of Federal Parliament, raising the question of whether national cabinet was really a committee “of” the federal one.
“The effect is that persons who are not, or who cease to be, elected members of the Australian Parliament can be a member of the Executive Council for only a very short period,” Justice White said.
“A group which is not ‘of’ the cabinet will not be a committee of the cabinet.”
Senator Patrick said this meant Mr Morrison had been putting a false argument to Australians about the peak group.

“The thing the Prime Minister labelled national cabinet is a faux cabinet. It’s just another intergovernmental meeting, in effect the former Council of Australian Governments, COAG, by another name,” Senator Patrick said.
“For almost 40 years Australians have had a legal right under the Freedom of Information Act to access information relating to intergovernmental meetings, subject only to a test of public harm.
“Last year Prime Minister Morrison tried to take that right away. He did not ask the Parliament to change the law, he just declared that national cabinet to be part of the federal cabinet and as such exempt under the cabinet secrecy exemption of the FOI Act.”
“That arrogant declaration has now been overturned.”
The documents to be released, unless the federal government appeals, include minutes of the national cabinet meetings in the first half of last year.
Senator Patrick said he had won all his appeals against the government on FOI requests so far, with a score of 12 – nil. 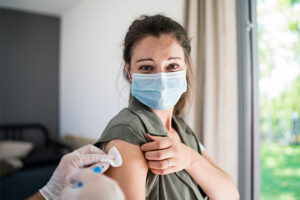 I Was a Normal Girl Until I Got Vaxxinated 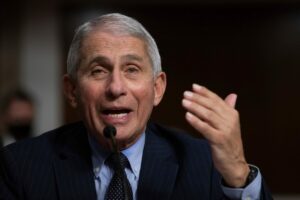