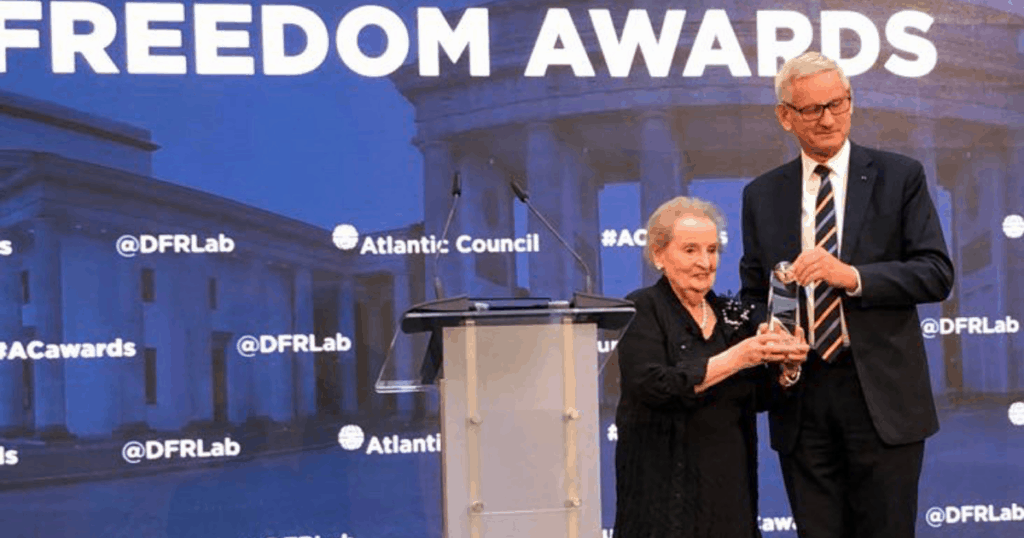 ​Readers of this update and of the Ron Paul Institute in general will likely be familiar with the pernicious influence of a whole new crop of “non-governmental organizations” (NGOs) that are in fact financed by the US and foreign governments, US-led military alliances like NATO, and major defense contractors. These often lavishly-funded organizations portray themselves as objective purveyors of foreign policy expertise, bravely defending “Western values.” But in fact they are merely mouthpieces for the pro-war, pro-intervention, pro-US global empire establishment.

While truly independent non-profits and news organizations struggle to keep the lights on with small, private contributions, these faux NGOs are often led by prominent US neoconservative former politicians and pundits — and their foreign lackeys — and boast enormous budgets and mainstream media influence.

Emerging as one of the most prominent of these faux NGOs is the Atlantic Council. Though the Council was founded in 1961 as a think tank of the trans-Atlantic alliance, it was not until about ten years ago that the Atlantic Council really burst onto the scene as a heavy-hitting home for top militarists of all stripes and, especially recently, a major promoter of a new cold war with Russia.

The Atlantic Council’s rapid growth over the past ten years is largely attributable to the massive levels of funding it has been able to attract from the US government, NATO, foreign governments — particularly Gulf State monarchies — and defense contractors.

A glance at their website reveals millions in donations from, for example, the United Arab Emirates. The Emirates are heavily involved in the Saudi-led genocidal war on Yemen, and are said to have even more boots on the ground than Riyadh. That’s why the Atlantic Council pushes puff pieces praising UAE for its “bold choice” in invading a country that neither attacked nor threatened it. In Washington, you can get all the positive press coverage you can afford…and millions of UAE dollars can go a long way to buying off an organization like the Atlantic Council.

Another major financial backer of the Atlantic Council is NATO, which is in turn funded by the US government (i.e. by you and me). Up to a million dollars per year goes into the “NGO” that returns the favor by endlessly singing the praise of a military alliance with no real purpose but to destroy non-threats like Libya. A million dollars a year buys endless “analysis” pieces like, “NATO’s Value to the United States: By the Numbers.”

The Atlantic Council also gets up to a quarter of a million dollars per year from defense contractors Lockheed Martin Corporation and Raytheon (and many more) and from the US Department of State. They also get up to $50,000 yearly from each branch of the US military. Getting us into more foreign conflicts is keeping us safe?

The Atlantic Council is enthusiastically in favor of a militarized, interventionist US foreign policy and is violently opposed to non-interventionist, pro-peace, and genuinely non-governmental organizations like the Ron Paul Institute. In fact, the Atlantic Council’s “Digital Research Lab” singled the Ron Paul Institute out as spreading  “pro-Kremlin narratives” for daring to publish articles skeptical of the official UK government claims (which have since fallen apart over and over) about the “novichok” poisoning of the Skripals.

The message from these organizations is clear: if you dare provide evidence that the designated “enemy of the month” is a raw propaganda effort, you are an agent of a foreign power.Even if, as in our case, it turns out you were right. It is an enormously well-funded effort to strangle any opposition to the US global military empire.

When Facebook came under fire from purveyors of the Russiagate hoax for accepting advertisements from “Russia-affiliated” accounts (which turned out to be laughably over-played), to whom did they turn to burnish their image? The Atlantic Council! So the organization that slandered the Ron Paul Institute as “pro-Kremlin” is going to provide Facebook with guidance on who to allow to advertise and who to prohibit!

No wonder Facebook has recently prohibited the Ron Paul Institute from promoting its news and analysis articles, demanding that we register as a “political” organization and have our ads labeled as such, while the mainstream, pro-war news outlets like CNN continue to promote their propaganda unencumbered!

In addition to attacking actual NGOs and promoting war and destruction, the Atlantic Council also takes time out of its busy schedule to give out a yearly “Freedom Award,” and this year’s event says all you need to know about the organization. This year it decided to honor former Secretary of State Madeleine Albright and nine year old Syrian pro-rebel activist Bana Alabed with its award which “recognize(s) extraordinary individuals and organizations that defend and advance the cause of freedom around the world.”

Announcing Albright as a “freedom” awardee seemed like a parody, as her tenure at the helm of US diplomacy will be forever marked by her statement to 60 Minutes’s Lesley Stahl that US sanctions killing 500,000 Iraqi children were “worth it.”

Albright was also in office and a strong proponent of President Clinton’s devastating and unprovoked 1999 attack on Yugoslavia, which left thousands killed or wounded. Freedom? Democracy?

Albright’s message to the world at the Atlantic Council’s award ceremony? Beware of “Peddlers of Hate.” She should know!

And poor Bana Alabed. She has been used and manipulated by pro-rebel and pro-US interventionists in the most cruel manner. She gained prominence as a “promoter of peace” in Aleppo, with a Tweet that, ironically, called for World War III:

​Thankfully Bana’s plea that the Syrian government be prevented from re-taking Aleppo back from al-Qaeda control went unheeded, and today residents of Aleppo enjoy religious freedom that was strictly forbidden by the Syrian affiliate of the organization that attacked the US on 9/11. There was no “holocaust” in Aleppo, only a liberation from jihadist thugs.

But it’s the Atlantic Council’s ceremony. We only pay for it.

And pay we do. With an Atlantic Council that openly slanders the Ron Paul Institute responsible for determining what our own Facebook subscribers can see of our work, is it any wonder that our Facebook weekly engagements are down significantly? And Facebook traffic drove our website traffic, so that is down as well. All for purely political reasons: they cannot allow Ron Paul’s message of peace and prosperity to get out.

We are bruised but not beaten! They will not get the best of us. We have already made some alterations that have increased our web traffic over the past quarter and we continue to look for ways to escape their US government-funded censorship of our work. First Amendment? Forget it! Your generous, tax-deductible donations to the Ron Paul Institute also help us find ways to work around censorship of our work.

Here’s something that will make them really mad: Come join us in August for our yearly Washington Peace and Prosperity conference! We have a great line-up of speakers and we have a very thought-provoking event planned. Take a look at who we had speak last year and then trace everything they have all done since then – we had our fingers on the pulse! A preview of how Trump would pull out of the Iran deal given by former UN Chief Weapons Inspector Scott Ritter – and it went down just as he predicted!

We will do even better this year…but we need you to be there with us. There is strength in numbers. A full house sends a message to the Atlantic Council and the rest of them: we will not yield!

Thanks to the generous backing of a group of Ron Paul Institute co-sponsors, we are able to offer a discounted limited number of “early bird” tickets at just $65 each — that’s a ten dollar savings from last year’s price! As always, the day-long conference will include a sit-down, hot lunch and coffee and tea all day.

We also have a very special room rate of just $89/night for conference attendees. You will find information on how to take advantage of this offer when you go to purchase your tickets.

Tickets are selling quickly and the conference has sold out each time we have held it. Once we reach room capacity I am afraid there is nothing we can do. It really disappoints me to have to turn away so many people each year but hopefully that is an incentive or you to get your tickets right away!

So what are you waiting for? Get your tickets to the 2018 Peace and Prosperity Conference in Washington, DC!!!
​
Thank you very much for your continued support for peace and prosperity. 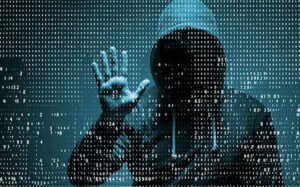