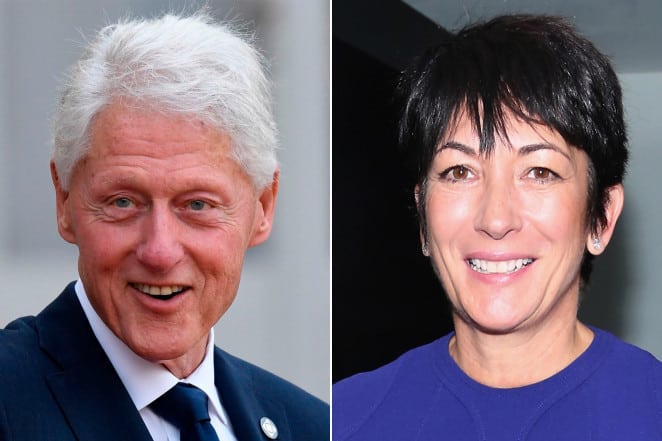 By Alana Goodman and Daniel Halper

The ex-president — who denies cheating on wife Hillary Clinton with Maxwell — reportedly engaged in the romps during overseas trips on Epstein’s private plane, a customized Boeing 727 that’s since become known as the “Lolita Express.”

The nation’s 42nd head of state also repeatedly sneaked out to visit Maxwell at her Upper East Side townhouse, as detailed in this exclusive excerpt.

Excerpt from “A Convenient Death: The Mysterious Demise of Jeffrey Epstein,” by Alana Goodman and Daniel Halper, out June 2

Clinton was allegedly carrying on an affair with at least one woman in Epstein’s orbit, but she was well over the age of consent.

Ghislaine Maxwell, a constant presence at the ex- president’s side during these trips, was the primary reason Clinton let Epstein ferry him around the world.

“[Bill] and Ghislaine were getting it on,” a source who witnessed the relationship said in an interview. “That’s why he was around Epstein—to be with her.”

The source explained that reporters have been missing the point about the Clinton- Epstein relationship by focusing on Epstein’s sex crimes. “[Clinton’s] stupid but not an idiot,” the source says, dismissing the idea that the ex- president was sexually involved with children.

Clinton’s primary interest in Epstein was the woman he once dated and who allegedly helped procure her ex-boyfriend’s future victims.

“You couldn’t hang out with her without being with him,” the source said of the Epstein-Clinton relationship.

“Clinton just used him like everything else,” the source explains.

In this case, Epstein was being used as an alibi while he hooked up with Maxwell.

The relationship between Clinton and Maxwell was not confined to these overseas junkets. It continued in New York City, where Clinton on multiple occasions visited Maxwell’s own private townhome at 116 East Sixty-fifth Street, an $11 million pad that runs a touch below seven thousand square feet, much more modest than Epstein’s palatial townhome a few blocks north. (Maxwell purchased it in 2000 for a mere $4.95 million.)

The coziness between the former president and the charming British socialite drew notice in New York social circles. Clinton and Maxwell were spotted dining together at the Madison Avenue Italian mainstay Nello, according to a 2002 New York magazine article, which described Maxwell as a “man-eater” in the same paragraph. When Clinton went stag to a New York education charity gala in late 2001 — Hillary declined to attend — Maxwell was reportedly at his side.

The relationship also carried over to the Clinton Global Initiative and Clinton Foundation. Maxwell became somewhat of a fixture at these events. It was there where she was even served court papers about her participation in Epstein’s abuse.

On July 31, 2010 Maxwell was among the few guests to attend Chelsea Clinton’s wedding at the former Astor estate in Rhinebeck, New York. This auspicious event followed an embarrassing incident for Maxwell.

“Only a few months earlier, while attending the Clinton Global Initiative in New York City, at the end of an Indian summer, in September 2009, a process server walked through the packed lobby of the Sheraton Hotel…and served Ghislaine Maxwell papers for a deposition,” the journalist Conchita Sarnoff recalls.

“Maxwell…was huddled in a small group talking to other guests” as the server approached her. He “called out her name and…with so many people surrounding her, Maxwell was unsuspecting. She confirmed her identity and he served her notice. The deposition was in relation to Epstein’s sexual abuse case. The server left at once,” Sarnoff writes in her book, TrafficKing.

“Ironically, photographs of Maxwell taken by a private investigator who accompanied the process server showed Maxwell receiving notice while standing beneath a human trafficking banner. Human trafficking was the Conference’s theme at the 2009 Clinton Global Initiative,” she writes.

“Maxwell never appeared at the deposition claiming, the day prior to her testimony she had to immediately return to England to care for her dying mother. At the time of that trip,…the elder Mrs. Maxwell was not gravely ill. Not long after the deposition was scheduled, Maxwell was spotted again in New York. As a British subject there was nothing the attorneys could do to force her to take the deposition.”

Clinton, though he has a long history of being accused of sexual misconduct, has never been accused of engaging with an underage female with Epstein. Despite rampant speculation, in fact Clinton’s appetite was being fed by someone else entirely.

“I have seen reports saying or implying that I had sex with former president Bill Clinton on Little Saint James Island,” [Epstein accuser Virginia] Giuffre has said in court documents. “Former president Bill Clinton was present on the island at a time when I was also present on the island, but I have never had sexual relations with Clinton, nor have I ever claimed to have such relations. I have never seen him have sexual relations with anyone.”

Clinton has denied visiting Little Saint James, Epstein’s private “orgy island” in the US Virgin Islands, but Giuffre’s claim is bolstered by a new Netflix docu-series, “Jeffrey Epstein: Filthy Rich,” out Wednesday. It features an interview with the island’s former longtime IT worker, Steve Scully, who claims to have seen Clinton and Epstein lounging on the porch of Epstein’s sprawling villa at a time when there were no other guests present. Clinton has acknowledged taking a “total of four trips” on Epstein’s plane, but has said he was completely unaware of the “terrible crimes” committed by the financier, who died Aug. 10 in an incident officially deemed a suicide by hanging in his Manhattan jail cell. During one trip, a 2002 excursion to Africa that also involved actors Kevin Spacey and Chris Tucker, Clinton was photographed posing with Maxwell in the plane’s doorway. His spokesman, Angel Urena, said of Clinton’s reported affair with Maxwell, “It’s a total lie today, it’s a total lie tomorrow, and it’ll be a total lie years from now.” Maxwell’s lawyer, Laura Menninger, didn’t return an email seeking comment. 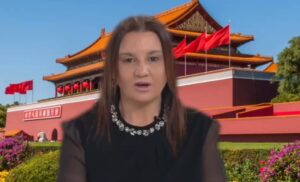 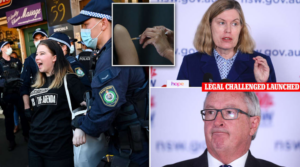