No, President Trump Didn’t Get Rid Of “A Free Trade Deal” 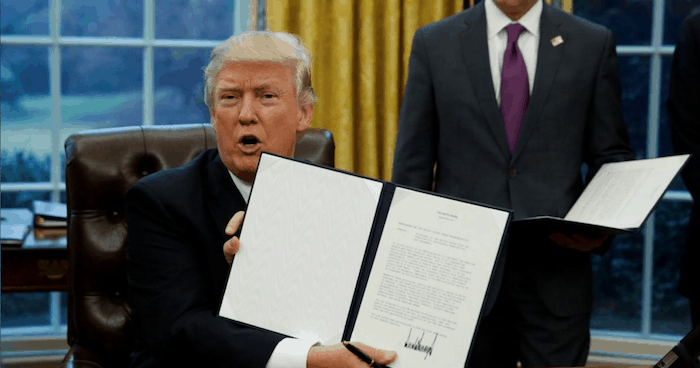 Government is a destroyer, but it doesn’t just destroy physical and tangible things. It also destroys intangible things like language and the meaning of words. For example, did you know that originally “liberals” were individuals that believed in liberty and were against government intervention? Today, the word “liberal” means the exact opposite.

Today, we read in the government-licensed press that President Trump has signed an executive order removing the U.S. from a “free trade agreement” known as the Trans-Pacific Partnership (TPP).

A Republican president signed an executive order getting rid of a free trade deal on Monday.

That is a sentence that seemed hugely unlikely just two short years ago. Free trade, after all, has been a hallmark of the pro-free market and pro-business Republican Party. When these free trade agreements have drawn opposition, it’s generally been Democrats leading the charge.

President Trump did not get rid of a free trade deal. The TPP was a secretive, 5,000 page deal between governments and the crony corporations that tango with them. Free trade was nowhere to be found.

This is just one more example of government and its media destroying the meaning of words.

The real meaning of free trade is no government interference, involvement, regulation, or meddling. That’s why the word “free” is there. “Free” of the government.

Let’s say that you put your futon up on Craigslist for $50. Someone contacts you, agrees to to the terms of the deal, meets you at a specified location, and trades his $50 for your couch.

No government involvement in the transaction. Both individuals are “free” of the government’s forceful intrusions.

That’s how all trade should be conducted. The only role that government should play (if free trade were to exist) is in settling disputes were someone to be defrauded or if a contract is not honored. Other than that, government should stay completely out. It only causes trouble and distortions.

Ironically, in the “land of the free” there is very little free trade. Government has inserted itself almost everywhere.

However, the words “free trade” are tossed around willy-nilly as if it actually exists. Republicans are not pro-free trade, and neither are Democrats. They both intervene constantly with never-ending regulations, subsidies, monopoly privileges and various other interventions.

Republicans claim that they’re for free trade in order to garner votes. That’s as far as it goes with them. Democrats don’t bother with deception. They’re very blunt about using government force in all aspects of our economic lives.

Regardless of their tactics, both parties are against individuals freely conducting their own economic affairs.

Unfortunately, President Trump does not support free trade either. He’s proposing tariffs, protectionist regulations, and authoritarian ideas like “Buy American. Hire American.”…..It’s all government violence directed at people who are told that they’re “free,” starting at a very young age.

So today, President Trump did not get rid of a “free trade deal.” He got rid of a crony-government trade deal.

That’s good. He should get rid of every single one.

Get rid of them all.

While President Trump deserves a compliment for today, he unfortunately has other government interventions up his sleeve to prevent us from freely and peacefully exchanging with one another. 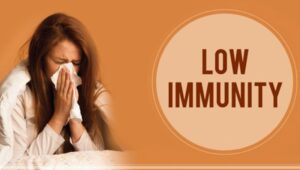 Western Sanctions Are Good for Moscow – US Economist