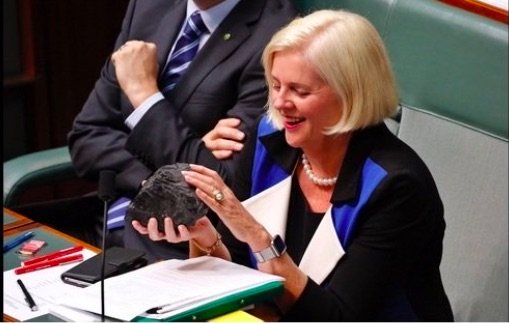 Australia’s science minister Karen Andrews says the science is settled over climate change, but the Coalition is still refusing to lift its emissions targets which scientists say are woefully inadequate if the world is to try to avoid the worst impacts of climate change.

The comments from Andrews follow remarks from Prime minister Scott Morrison on Tuesday that also indicated that the government accepted the link between emissions and bushfires, but had decided it would not look to increase its emissions efforts, even though it claimed to be “meeting and beating” its current targets. Instead, it would focus on adaptation.

“The emissions reduction action of any one country anywhere in the world is not going to specifically stop or start one fire event, but what the climate resilience and adaptation work can do within a country can very much directly ensure that Australians are better protected against what this reality is in the future,” Morrison said.

“My response to these things is always a very practical one.”

Andrews, pictured above in the House of Representatives admiring the lump of coal that then Treasurer Morrison brought into parliament in 2018 – claiming that there was “nothing to fear” – echoed the comments about adaptation in an interview with Nine Media on Wednesday.

“Every second we spend discussing if climate change is real is a second we don’t spend addressing these issues. Let’s move on and get over this,” she told the Sydney Morning Herald and The Age.

“My starting position in the discussion tomorrow will be that the climate has changed and it continues to change. We need to focus on the steps to adapt and mitigate the impact of those changes.”

Later, Andrews told ABC Radio National, when asked why it was only Coalition MPs who disputed the science: “It’s time for everyone to move on and look at what we are going to do.”

The problem is, that Coalition “to do” list does not include tougher targets. Having declared it accepts the science, and its impacts during the current summer, the Coalition has also declared it will do nothing to increase its emissions reduction efforts.

The government claims it is leading the world on emissions reductions, but this is based on dodgy accounting that claims a “surplus” from the first period of the Kyoto protocol, when Australia was actually allowed to dramatically increase its emissions.

It claims another “surplus” from the second period of the Kyoto Protocol, which runs from 2013 to 2020 and during which time Australia was required to achieve a minimal reduction in emissions. But analysts question whether even the actual target signed up in the UN process will be met.

In any case, the Coalition’s refusal to entertain any higher emissions cuts – largely because of the pressure from right wing commentators in the Murdoch media and within its own ranks – has horrified scientists and most of those affected by the bushfires which have devastated large tracts of the country.

Some 27 lives have been lost, thousands of homes lay in ruins, more than 10 million hectares have been burned, a billion wild animals and bird incinerated or dead and dying from burns or hunger, hundreds of thousands of livestock lost and threatened species potentially wiped out.

Experts say this is just a foretaste of things to come, given that the emissions reduction efforts of the Coalition, and the rest of the world, locks in average global warming of at least 3°C – a threefold increase over what the world has already experienced.

But resources minister Matt Canavan and self-described “Mr Coal from Australia” says the call to reduce emissions, including from the likes of teenage activist Greta Thunberg, were about social engineering than climate change.

“Their policy prescriptions aren’t actually about reducing carbon emissions, it’s about the radical massive changes to our economy and society and culture,” he told Sky News.

“If they were really serious about carbon emissions, they’d be right for nuclear,” Canavan said.  Almost exactly the same thing was written in Murdoch media on Tuesday morning, and by the Daily Telegraph’s Miranda Devine on Wednesday.